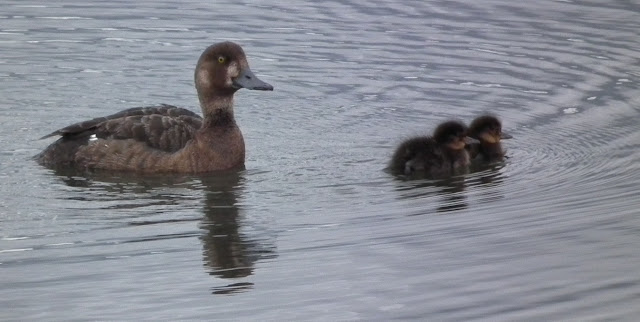 It was a harvest of photos only, too many good shots to include in one post. Like this photo of a hen, Greater Scaup with her two surviving babies. I suspect a grebe or a gull got the rest of her brood.

This Red-necked Grebe was still on the nest. Very late in the season. 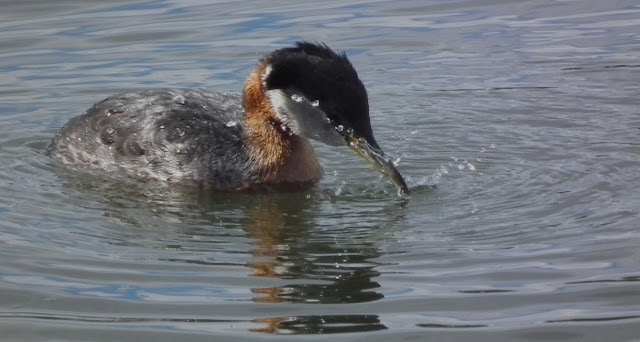 I never could quite see what this grebe was catching. 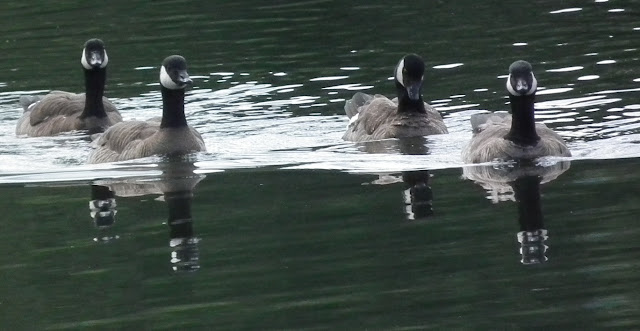 Four of about 50 Canada Geese in one group. 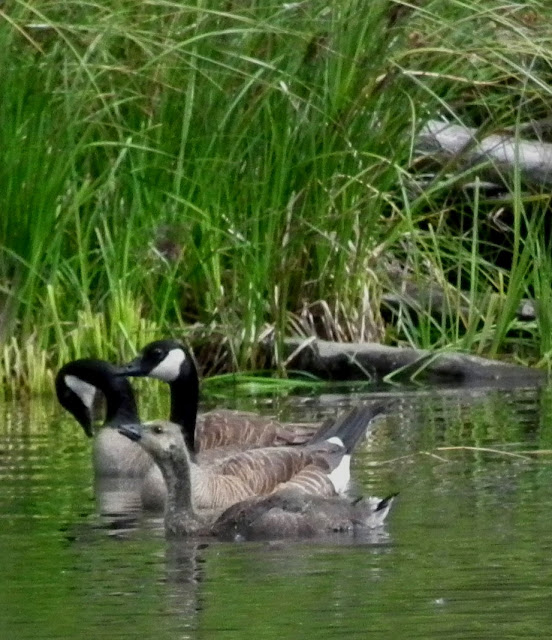 There were also a few baby geese around as well. 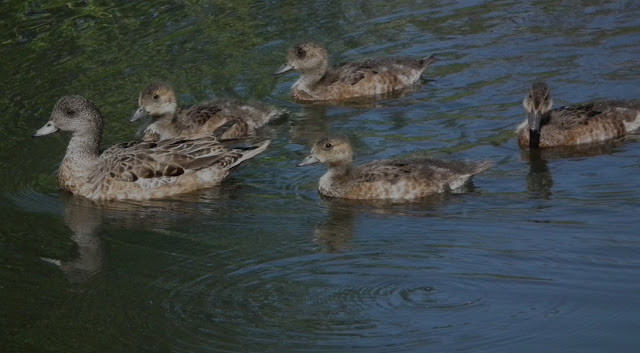 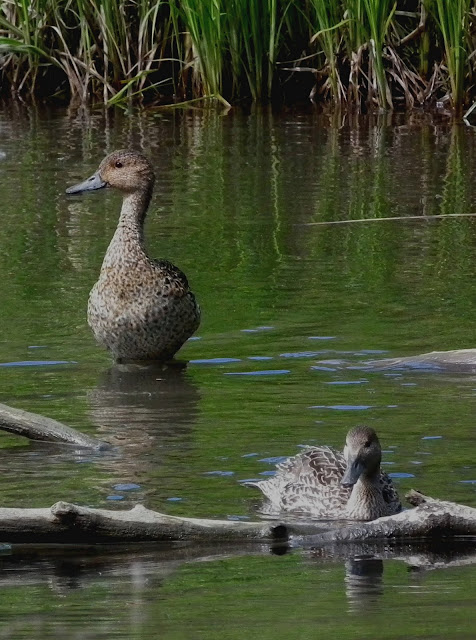 These Gadwalls are newly independent young. The siblings still remained close together. There were four of them in all. Where were the parents? I did'nt see them. 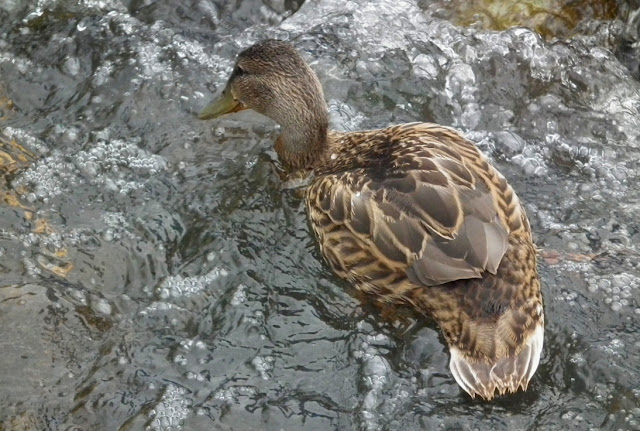 This young Mallard was catching, (presumably aquatic insects) in the turbulent water where Westchester Lagoon empties into Chester Creek. It's mother hovered nearby just downstream. 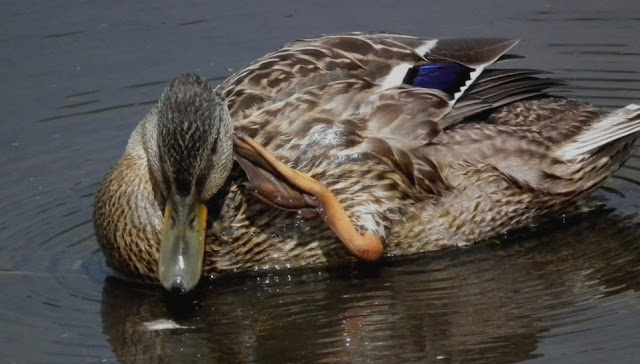 I'm not sure if this is another young Mallard, or an eclypse drake. 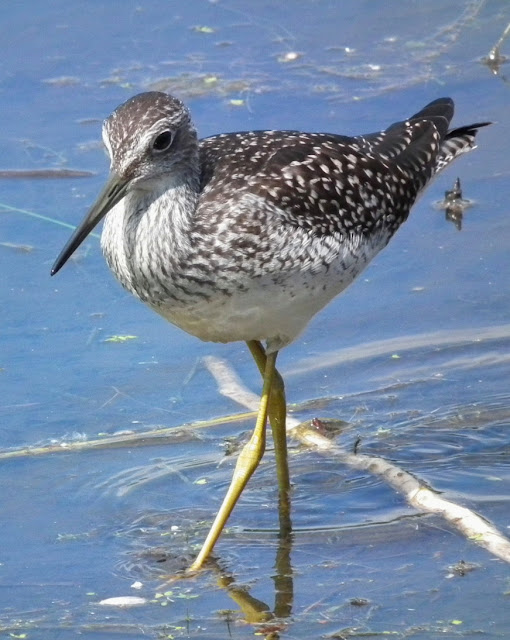 Another shot of a very confiding, Greater Yellowlegs. 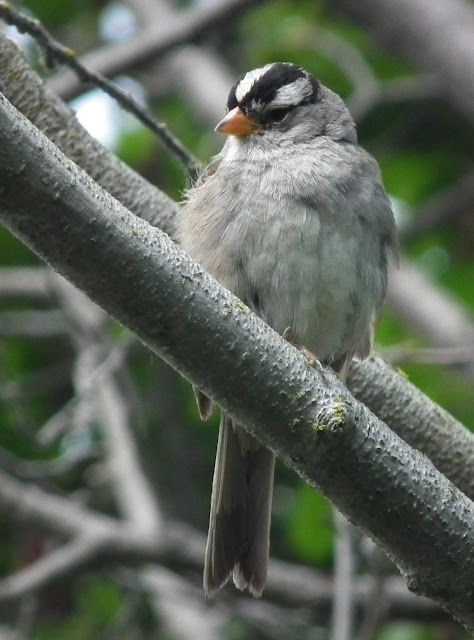 Not all the birds were aquatic. This is a cooperative, White-crowned Sparrow. 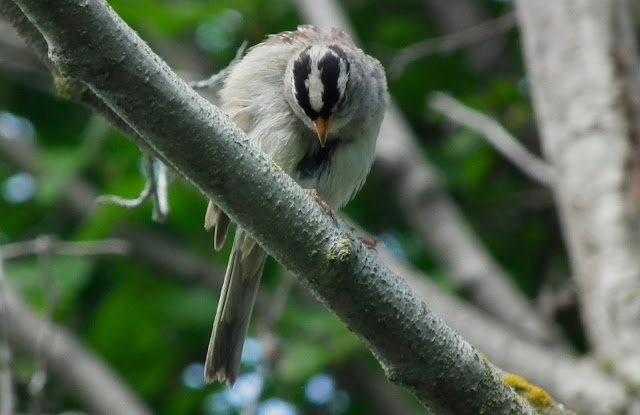 I got dozens of shots of this bird, and only quit when the light changed and became too harsh. 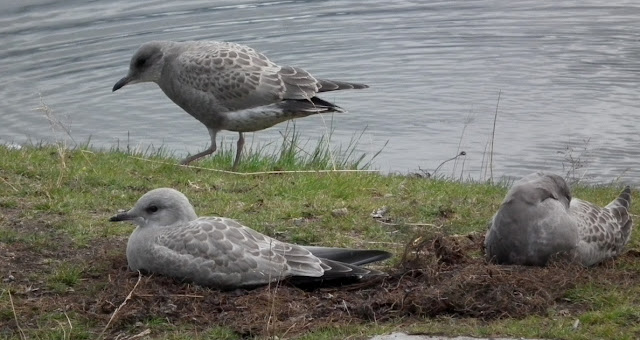 I'll end this post with some more random photos of young Mew Gulls. 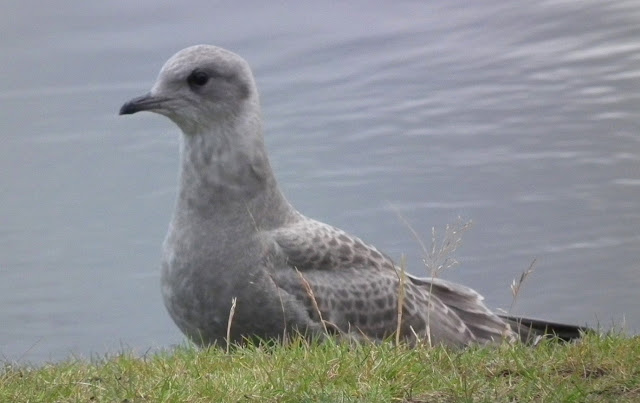 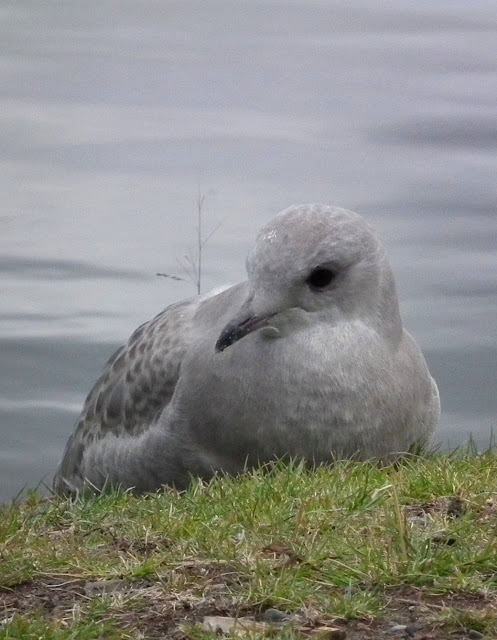 Hi John, great set of photos as usual (the young Mew gulls are really neat). I have been enjoying your blog for years and especially like going on all those journeys around the world with you. Very enjoyable. Keep 'em coming!

Jeremy, Thank you for your encouraging comments. I'm not at all sure yet whether I'll be able to go anywhere this coming winter.