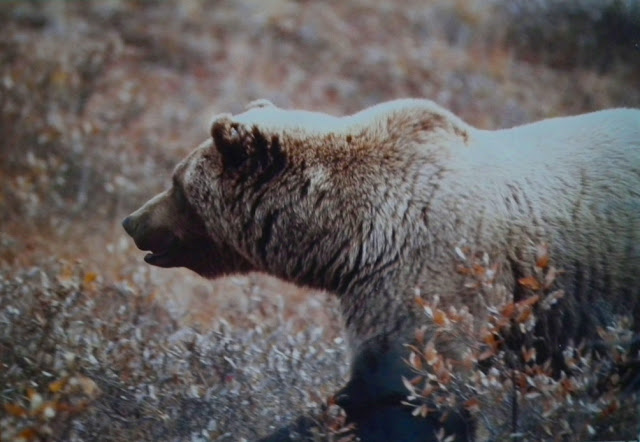 This is a third generation photo. Originally a color slide of a Grizzly Bear I photographed in Denali NP about 10 years ago. I had the slide made into a 4x6" print, and photographed the print with my digital camera. The original slide really looks great. 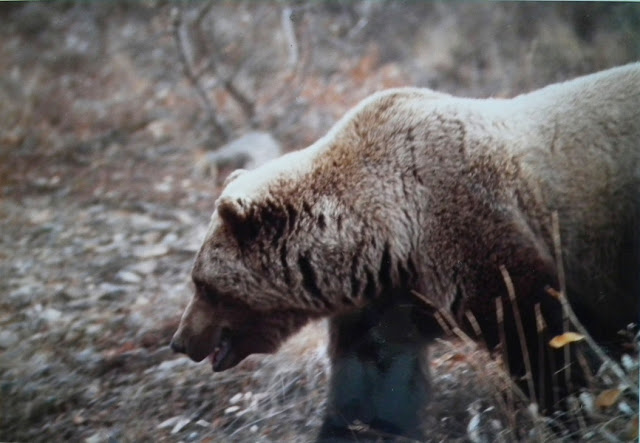 Most visitors to Denali are restricted to either riding in park buses, or only driving in the first 10 miles of the park. Most of the wildlife is much deeper into the huge park.
A fellow Alaskan artist, Shane Lamb had a special permit that allowed him to take a private vehicle into the park, and get out and walk wherever he chose to go. He invited me to come along. 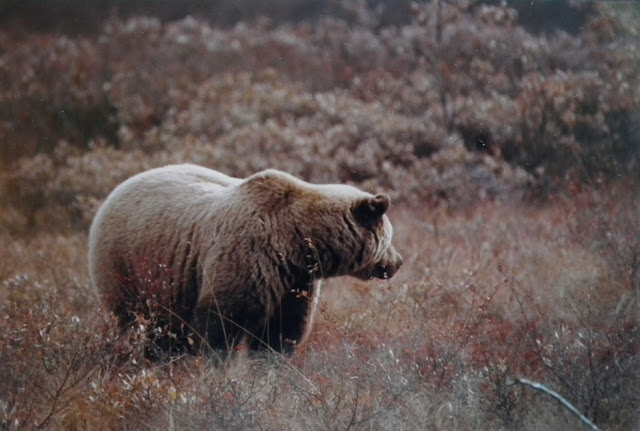 We saw many bears, and got very close to some of them. None were the least bit aggresive.This particular bear was slowly making it's way toward the road. We got out of the van and stood next to it with cameras at the ready.
A park bus pulled up near us, and we all got great looks at this bear as it crossed in front of us from about 15ft away. It never even looked at us. I have used this bear as a model for many paintings. 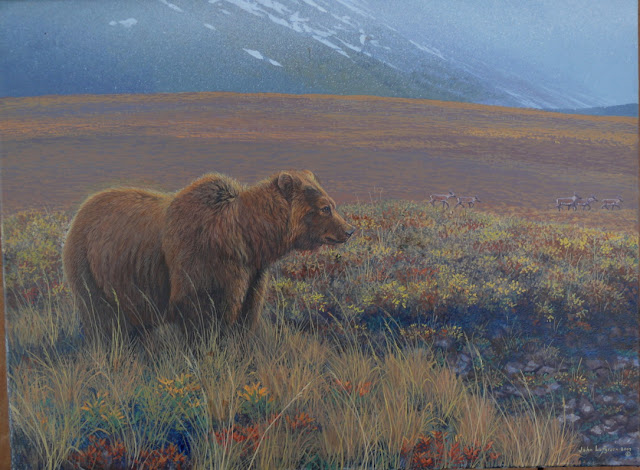 I painted, Season of the Bear, 18x24", in 2007. Although I was initially very pleased with the painting, there were a few nagging defects in it. First, it was too gloomy overall. The bear's face could have been better, and I overdid it with the grass in the foreground. The Caribou in the background did not look so great to me either.
The painting hung unsold in a gallery in Anchorage until that gallery went out of business. A real shame because that gallery was a landmark Anchorage business. This was one of the paintings that I recently set aside for a facelift. 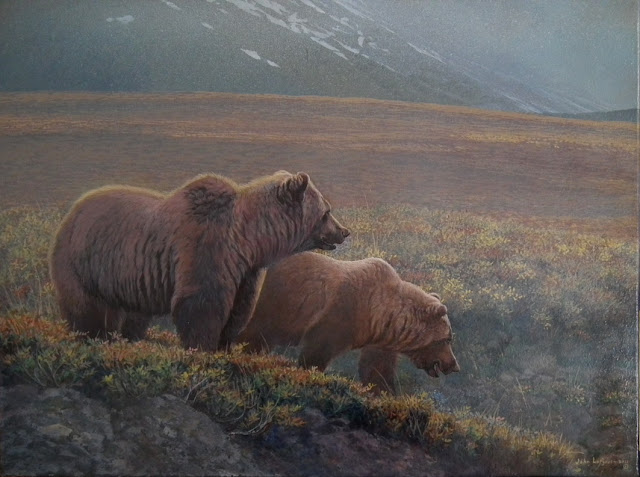 I really went to town with the new revisions. First I lightened the background with a couple of light washes. That really does'nt show in the photo. The Caribou went away. Next, I added another bear, then completely repainted the original bear. Sometimes it's easier to drastically change an old painting than it is to start one from scratch.
Finally I repainted the entire foreground. I think I'll rename it, Brown and Gold. Which name do you think is better? It's still too gloomy, but it's typical Alaska weather. 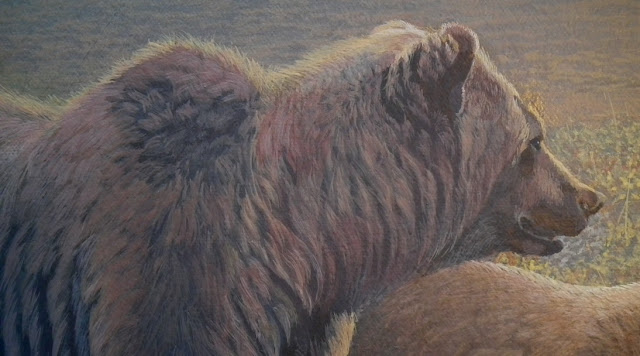 A detail of the 'new' first bear.As usual, the photo just does'nt show the subtle details and colors of the painting. 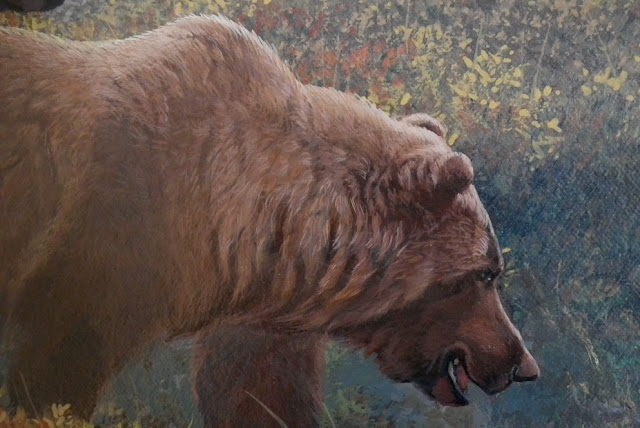 For now I am well pleased with this new and improved version. I think it is one of my better bear paintings.
Posted by john at 12:26 AM

I really like the changes you made and I especially like learning
I think the bear in the second painting is more snarly..like a wild animal
the first bear looked a bit too pleasant like a dog's face
and I am amazed how you changed the foreground... it is wonderful
as is the entire painting
love the addition of the second bear
just wonderful

Thank you for your kind comments Suz. The hardest thing for an artist to do is be objective about one's own work. Setting a painting aside for several years helps me to see the weaknesses in it that I could.nt see before.

How are you?!! I got a little worried and had to re-read your "about us" section on your website. :) It's been a long time since we saw each other. Hopefully I can make it to Eagle River someday.
The name "Brown and Gold" fits trhe reworked painting well.

It's good to hear from you Bob. I'm in Anchorage now. Not nearly as nice as Eagle River.