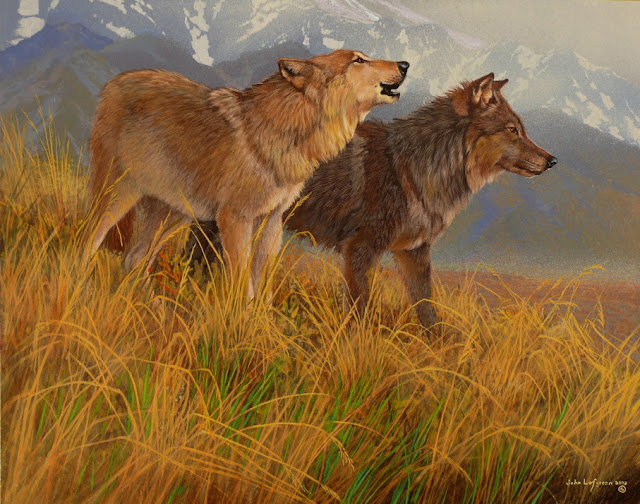 I painted this 16x20" wolf painting in 2009. The name I chose for it was, Shades of Gray, Wolves. I'm pretty sure I did another wolf painting called, Shades of Gray, earlier, but I can't quite remember for sure.
At first I was pleased with the painting except for two things. The back end of the pale wolf was too squat, and once again I went overboard with the grass in the foreground. This is another of the paintings that got set aside for a facelift. 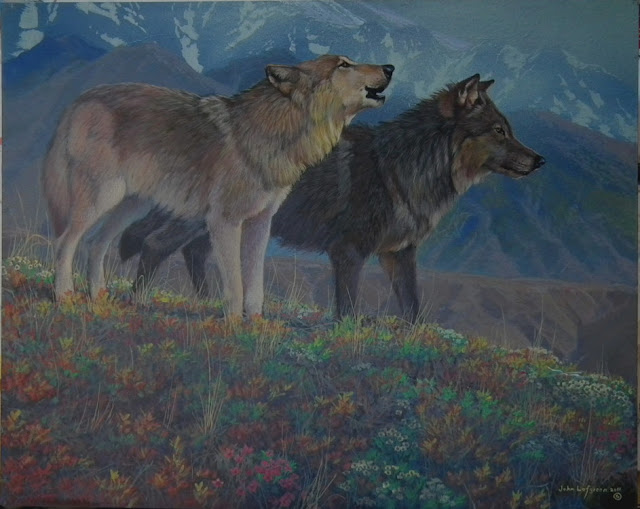 I spent as much time reworking this painting as I did painting it in the first place. The difference in color is due to differences in light conditions, more than any changes in color.  There were a million, little alterations I made until I decided it was good enough. 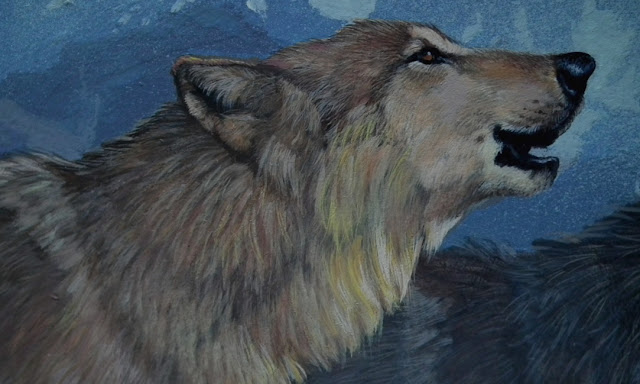 I'll probably make more changes someday although it is not so bad. 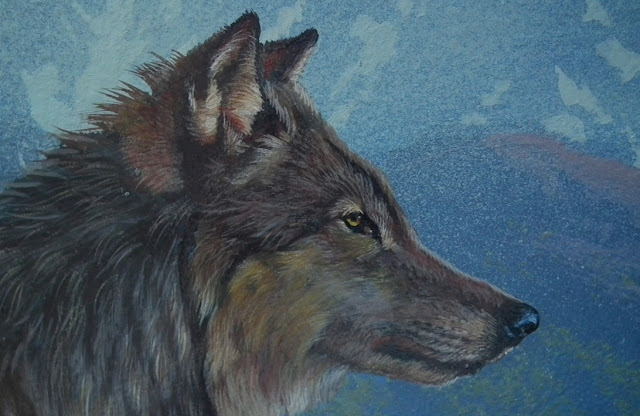 The painting's name will have to be changed, but I'll worry about that later. 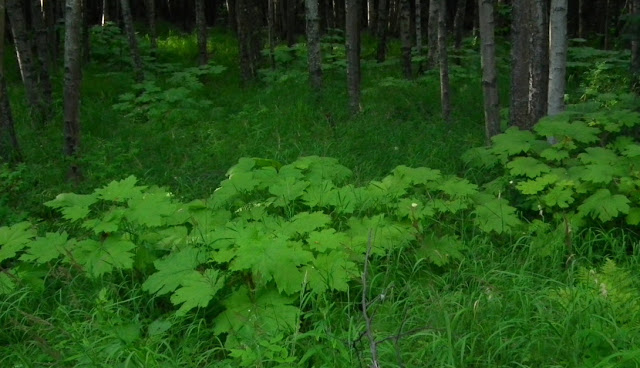 Last evening I took a long, liesurely walk through Russian Jack Park, looking for something interesting to photograph. I could'nt find much so I concentrated on capturing the mood of the verdant, summer forest. 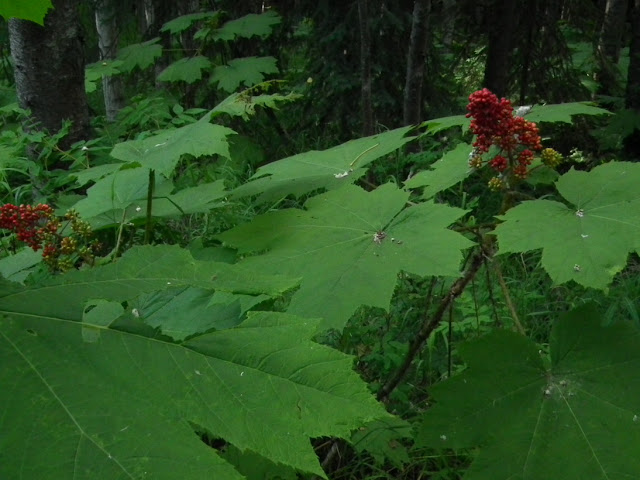 The predominate, or most noticeable, plant is Devil's Club. 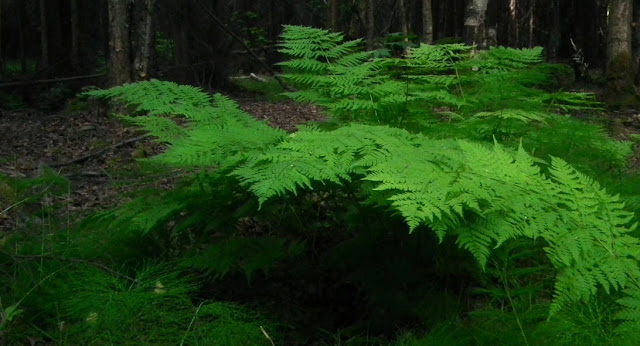 I intentionally underexposed these photos in an attempt to add a little mystery to the scene. 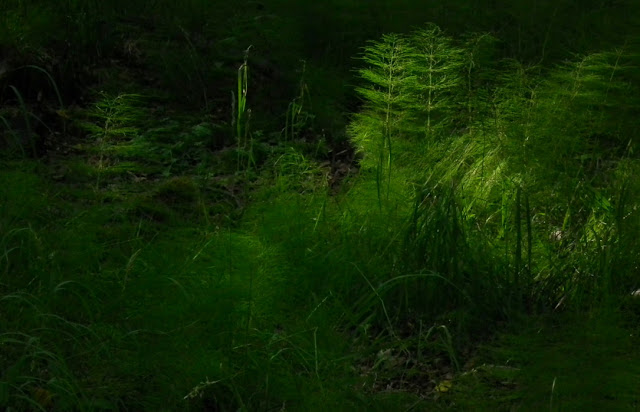 These are the delicate, lace-like, Horsetails that grow in deep shade. 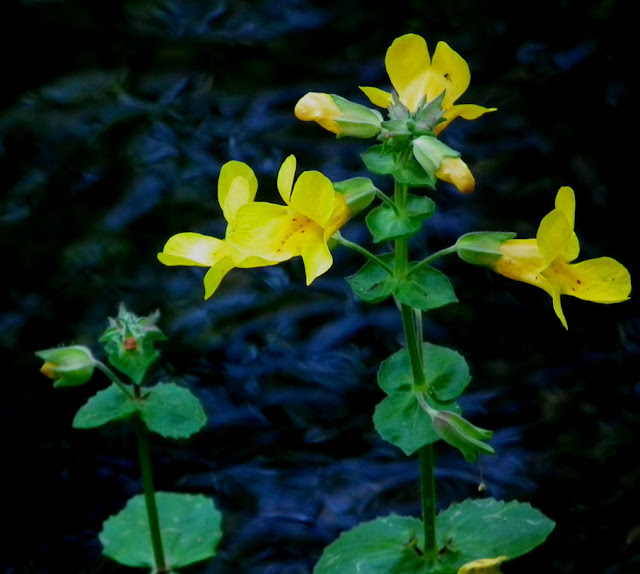 These flowers were growing along the edge of Chester Creek. The blue in the background is the water. I'm too lazy to look up what species they are. 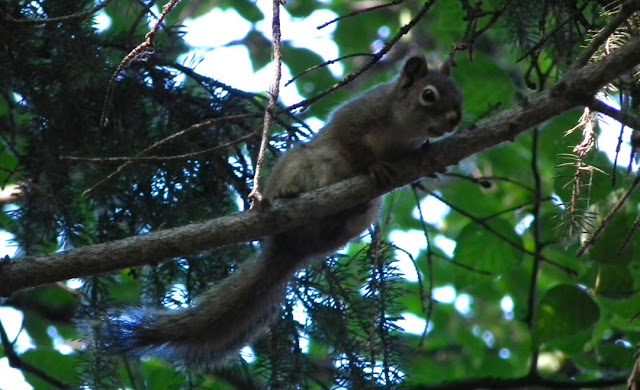 A Red Squirrel scolded me for straying off the path.
Posted by john at 4:07 PM

ooo loved it all

Hey John, lovely photographs and AWESOME paintings! I initially thought the paintings of the wolfs were actually photographs! Great work. :)

I'm pretty sure the yellow flowers are Seep-spring Monkeyflower. It also grows in the White Mountains, and a close relative grows in Parque Metropolitano in Quito.

Thanks for the info Maggie, Are you still living in Ouito? Thanks for the kind comment Shawn, I really loved the sunset shots on your last post.