A Weasel and Other Good Things on a Hot Day 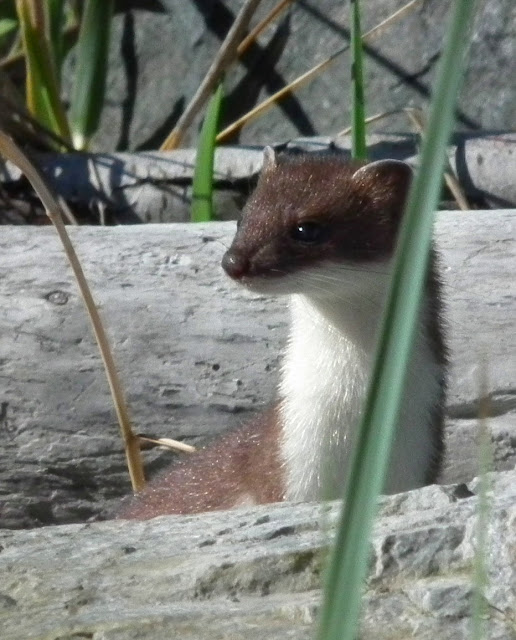 Today was probably the hottest day of the year. It was a boiling 75f. Although I think it was an ideal day, most Alaskans were complaining. What wimps. They should have been with me in Murchison NP in March.
I forced myself to stay home and work most of the day, but I could'nt let the whole day go to waste.
At about 4:00 pm I arrived at the Coastal Trail.  Right away I saw a bird flying past rapidly, like it was being pursued by a predator. I became alert and saw the Short-tailed Weasel above. It was in the pile of rocks and logs that keep the trail from sinking into the mud. 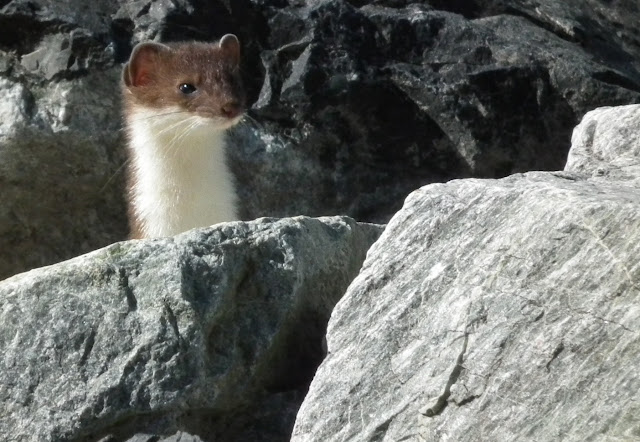 What a delightful find. It's been about a decade since I've seen a weasel. It was popping in and out of the boulders at a frenetic pace.  Very difficult to photograph. Short-tailed Weasels turn white in winter and are called Ermines then. Someone else photographed a wolf on the Coastal Trail today but I missed it. 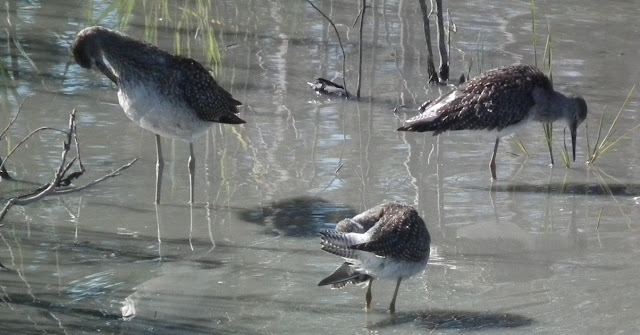 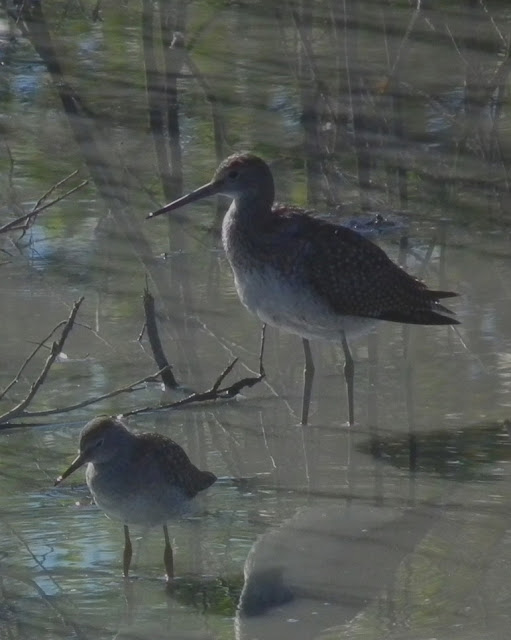 Here is a good size comparision between a Greater Yellowlegs, and a Solitary Sandpiper. 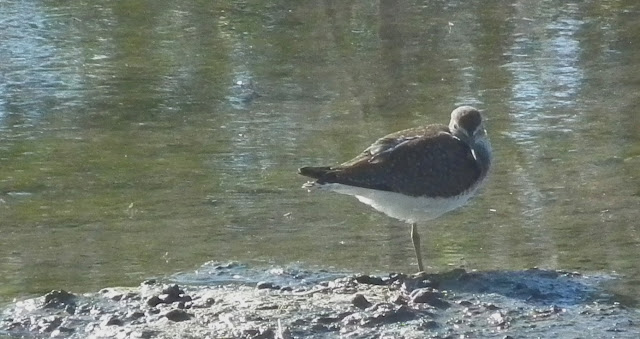 There were at least two Solitary Sandpipers in the slough. Also a Muskrat, and some Greenwings. 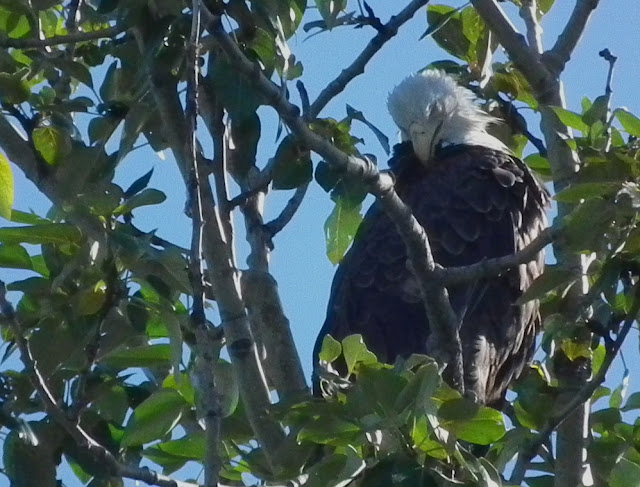 The Bald Eagle was in the same tree where I saw it before. This time I was able to find a way to get closer without tresspassing. It was contentedly preening in this photo. 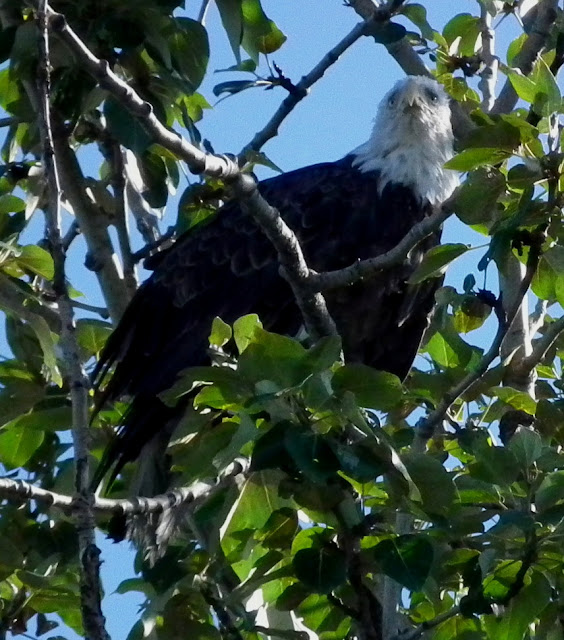 Someone told me that it had a nest nearby, and that two young eagles fledged just this week.

Way out on the mudflats I saw this small raptor. All I could see from so great a distance was the rust colored breast. Even though it was way out in the open, I had myself convinced that it was a Sharp-shinned Hawk. They tend to be forest birds. 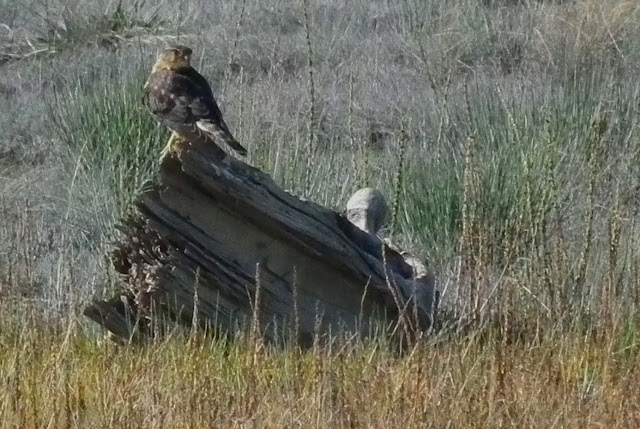 I got as close to it as I could. When I got home and cropped the photos, I could see it was a Merlin. 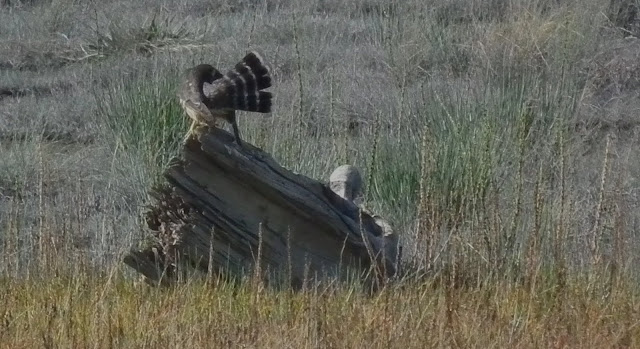 These are the only photos of a Merlin that I have been able to get. They are certainly pathetic compared to Amber's great photos. 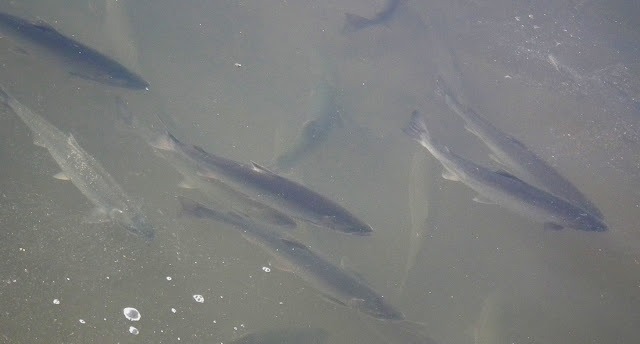 Today there were many more spawning Silver Salmon than last week. 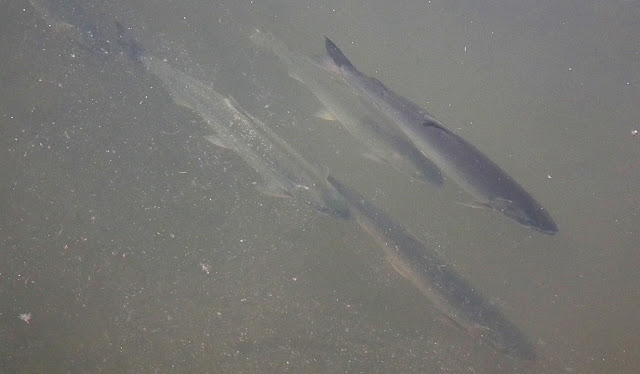 There was nobody fishing for them today. 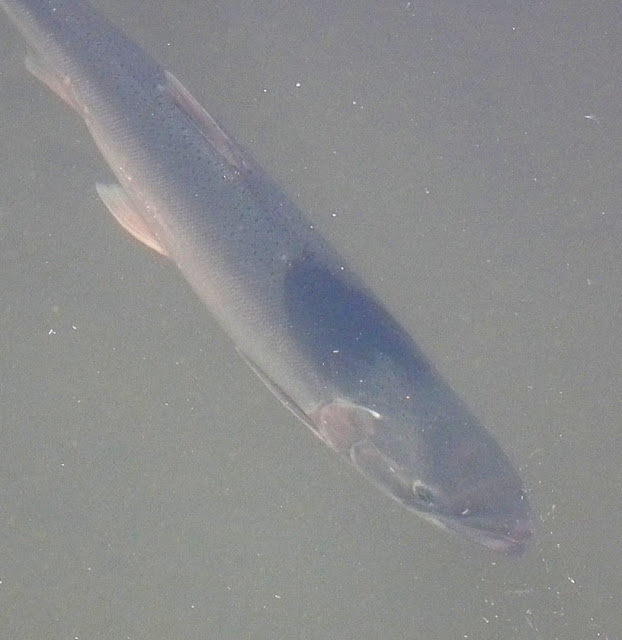 A little way upstream from them I heard a large animal moving through the forest along the Chester Creek Greenbelt. I was thinking bear (they follow the salmon),but when I looked intently into the trees I could not find whatever made the noise. 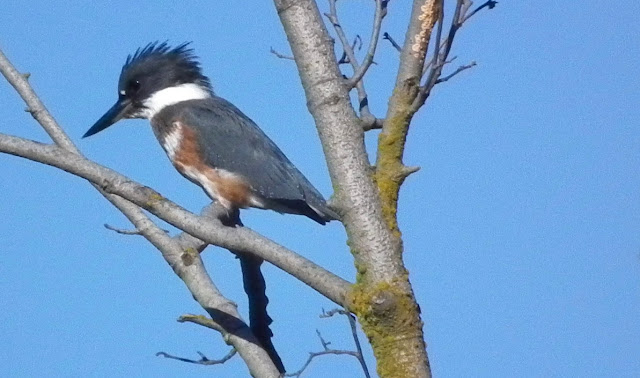 I did find this very cooperative, Belted Kingfisher beside Chester Creek. This is probably the best Belted Kingfisher photo I have been able to get. What a beauty. Today was without doubt, one of the best days of the summer.
Posted by john at 1:36 AM

What an utterly adorable weasel. You're so lucky (I've never seen one in the fur). Hope you're coping with your 'hot' weather (it's 86F here today and this is winter!).