The Quest for the Redwing Continues 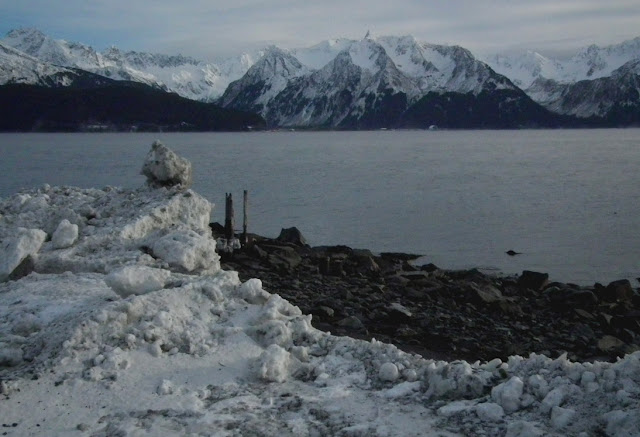 We finally broke away from Seward's marina, although I would have loved to spend another hour or so exploring it. We moved north along the rocky shore in front of downtown Seward. You can see Resurrection Bay in the photo above and some of Seward's outlying buildings at the base of the rugged mountains across the bay. 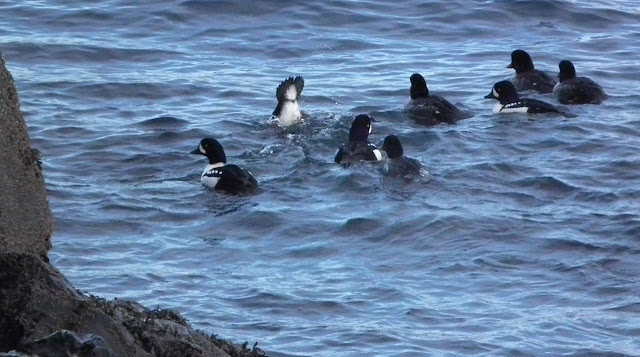 There is always some good wildlife to see offshore from the rugged coast. In past years we got to see Murres and Murrelets, Sea Lions, Harbor Seals, Sea Otters, and more. This time we saw several rafts of Barrow's Goldeneyes. 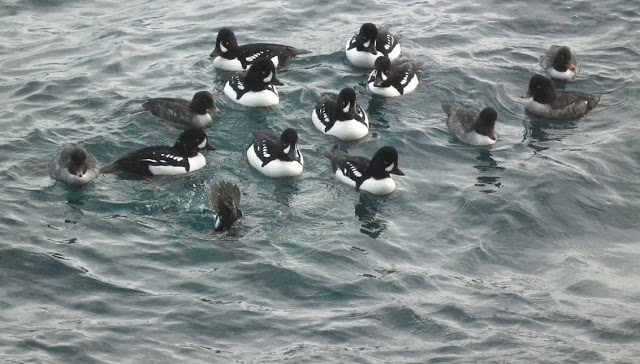 They were not shy. 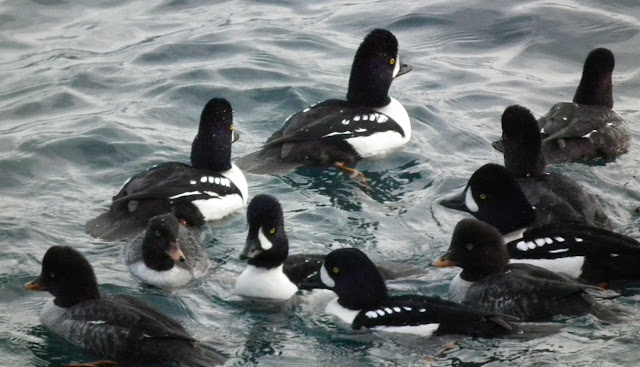 Standing on a cliff looking down at the milling goldeneyes, I felt like I was in the middle of them. I think they were hugging the shore to avoid the icy winds. 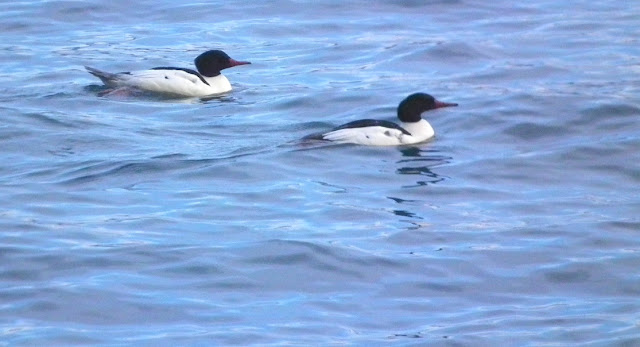 For some reason I always see far more female Common Mergansers than males. This is the best photo I have gotten of males. 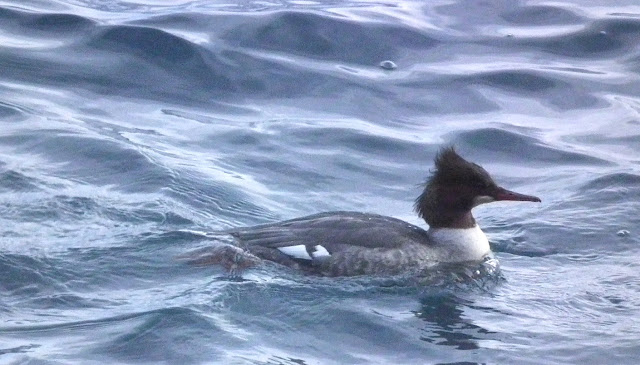 As usual, the female Common Mergansers were more cooperative. 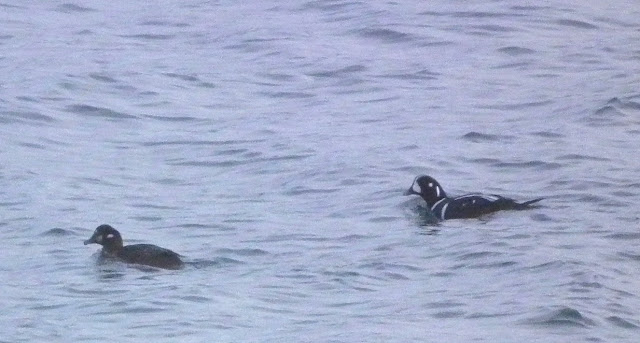 Continuing north along the coast, I was really hoping to find some Harlequin Ducks. We found one pair, but they were not hugging the shore like I wanted to see. The male Harlequin is easily the most attractive Alaskan duck, with the possible exception of the eiders. 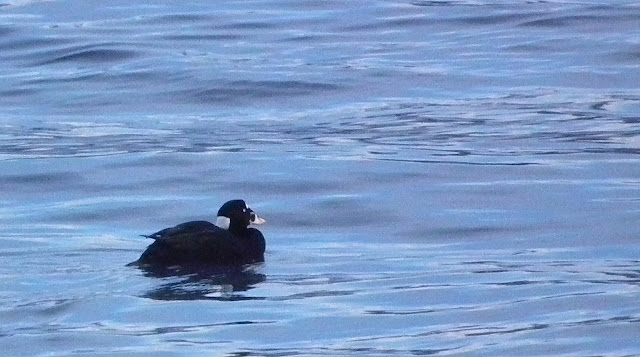 What I really wanted to see, (Redwing excepted) were some scoters. I did not have any photos of scoters before last saturday. Then we came upon some Surf Scoters, the most attractive of the three species. 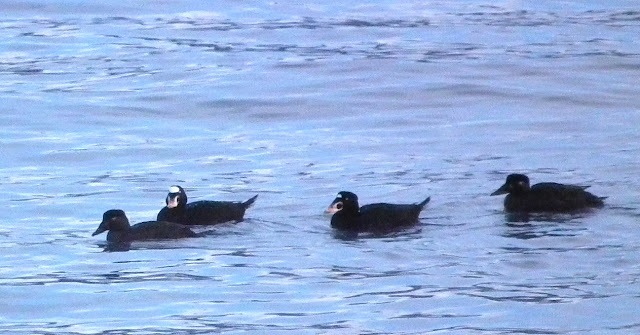 If I had more time, and if it were not so blasted cold, I could have gotten much better photos of these cooperative seaducks. 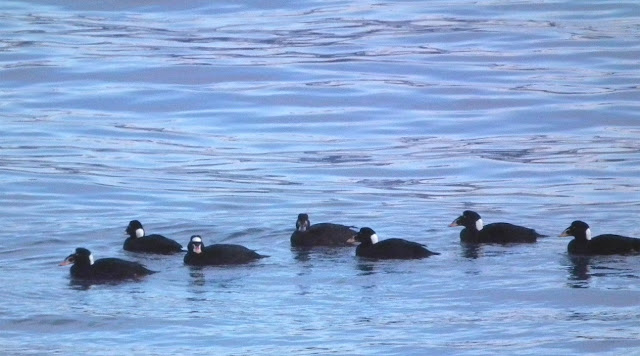 Surf Scoters are the most gregarious of the scoters. I have seen them in rafts of hundreds of individuals. Usually far offshore. 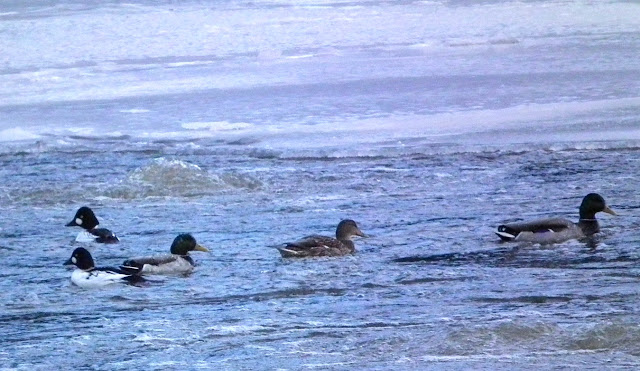 On a freshwater pond we saw some Mallards and Common Goldeneyes. 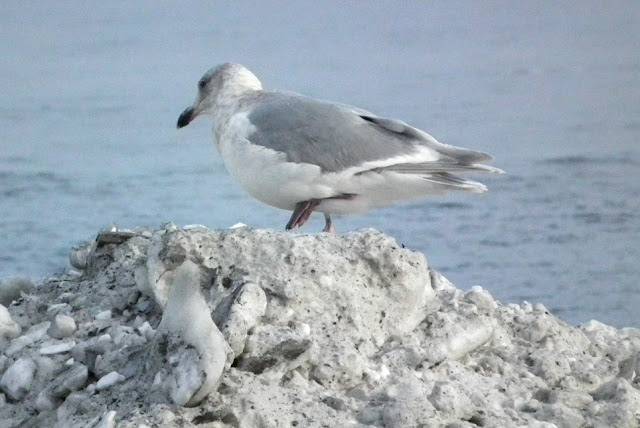 This third winter, Glaucous-winged Gull was cavorting on a wave-whipped formation of ice on the shore. The latest reports of the Redwing stated that it was being seen at the end of Lowell Point, the most northerly stretch of Seward's beach. We will finally get to Lowell Point the next time.
Posted by john at 4:55 PM