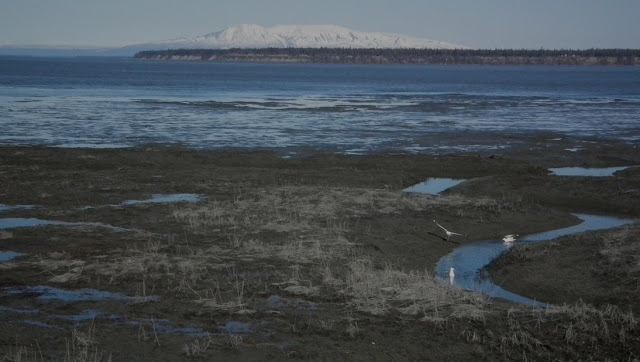 The main push of migrating shorebirds shows up around here about May 10th. Warblers and flycatchers arrive a little later in May. So my intention was to head over to the Coastal Trail and Westchester Lagoon next week.

The weatherman predicted rain for next week and today was bright and sunny. I had to strike now even though most of the migrants are'nt here yet. There are Mew Gulls in the foreground of the photo above, and you can barely see the Sleeping Lady on the horizon line. The only shorebirds I saw today was a Whimbrel, (possible Bristle-thighed Curlew). I also heard a few other things and briefly glimpsed something that behaved like a snipe but it was smaller and had a plain back. 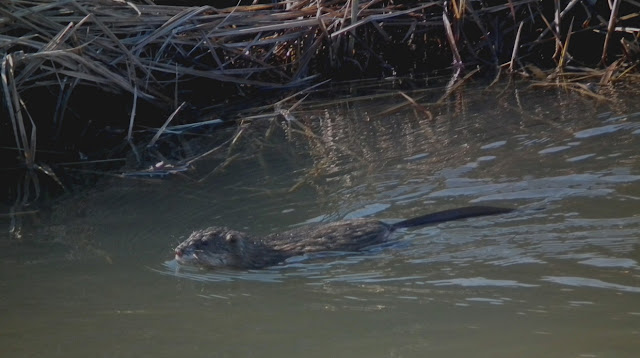 Muskrats dont usually cooperate for close photos. This guy was beside the Coastal Trail. 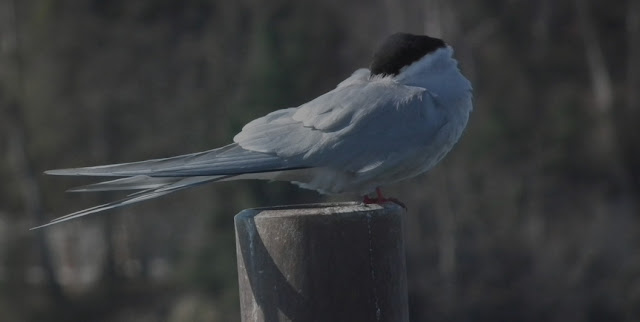 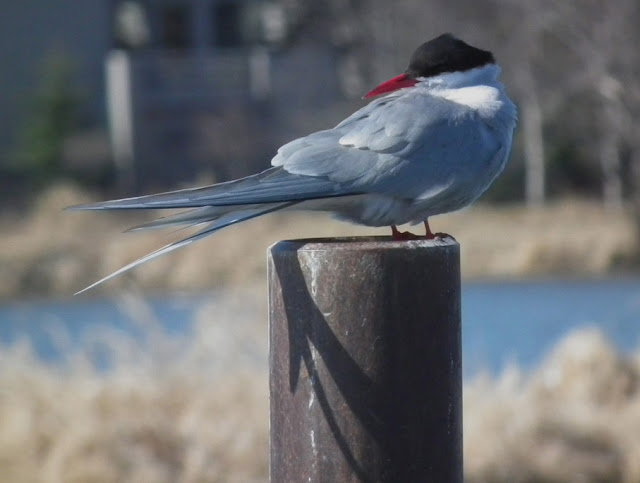 I moved along the lakeshore a little and waited for the tern to wake up. 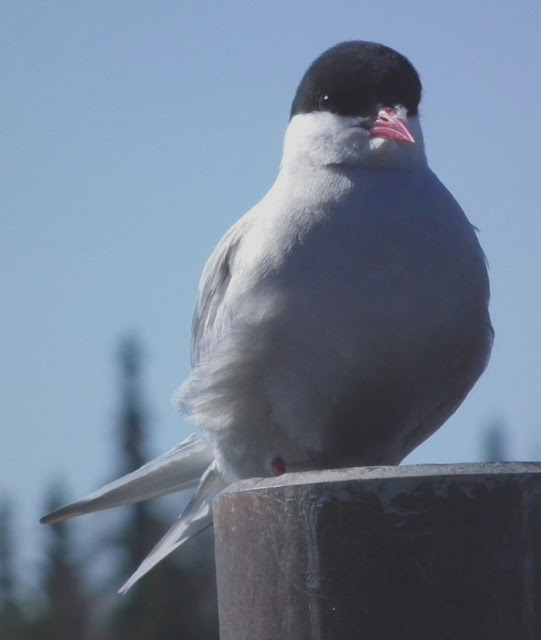 Another tern landed even closer to me and the first bird left. It made me wonder if they are sitting on eggs nearby and were trading places on the nest. 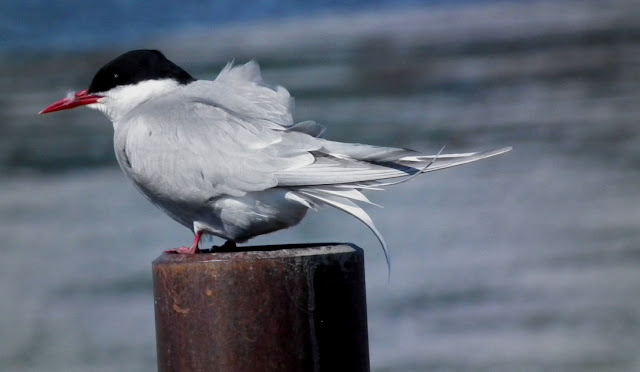 This bird had a feather stuck to it's beak. Although I have so many photos of Arctic Terns, when they sit and pose so well, I have to take more photos. 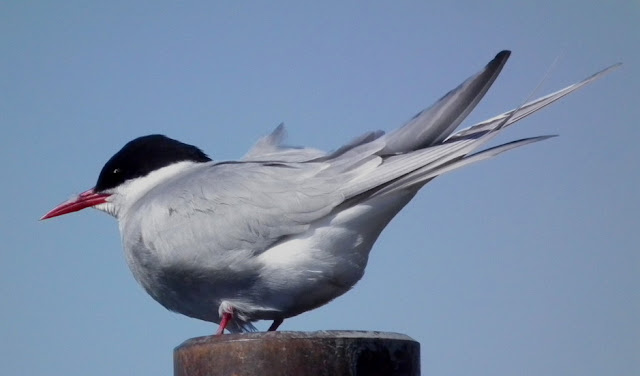 Just one final shot before I move on to something else. 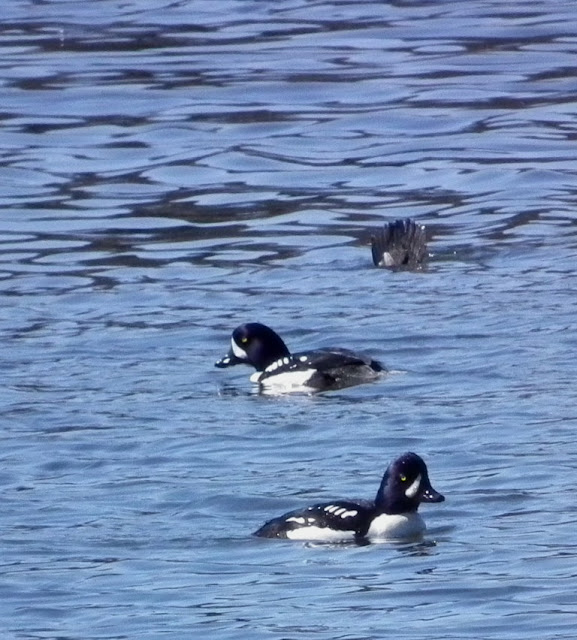 I moved on to Spenard Crossing and saw several  Barrow's Goldeneyes. 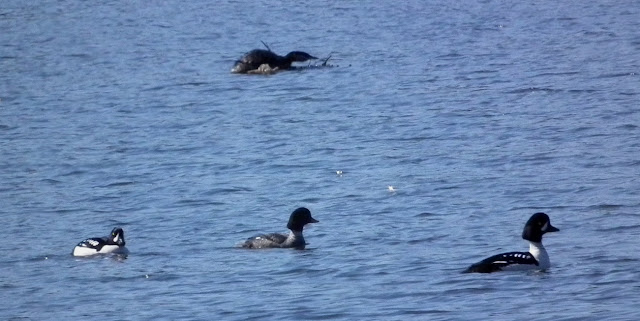 They are only here for a week or so each spring and then they move inland to nest. There is a Red-necked Grebe building a nest in the background. The ice has only been melted for a few days at Spenard Crossing. Half of Westchester Lagoon is still covered by ice. 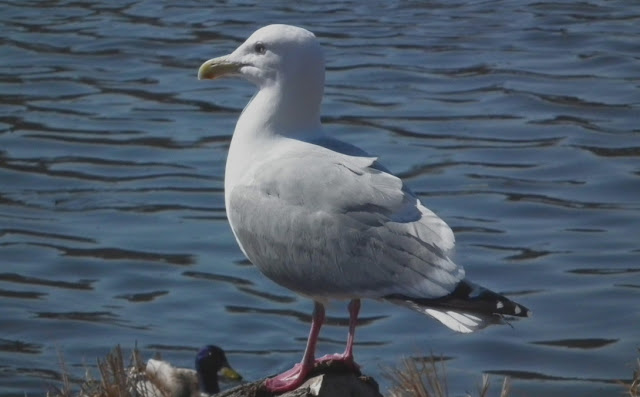 Then I came across a giant Herring Gull that gobbled up the Mallard at it's feet. (a joke of course). 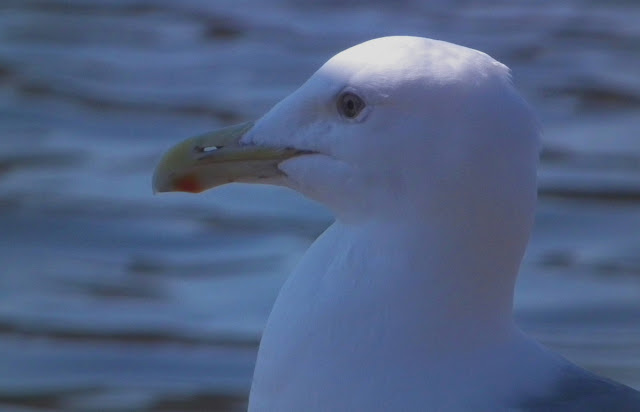 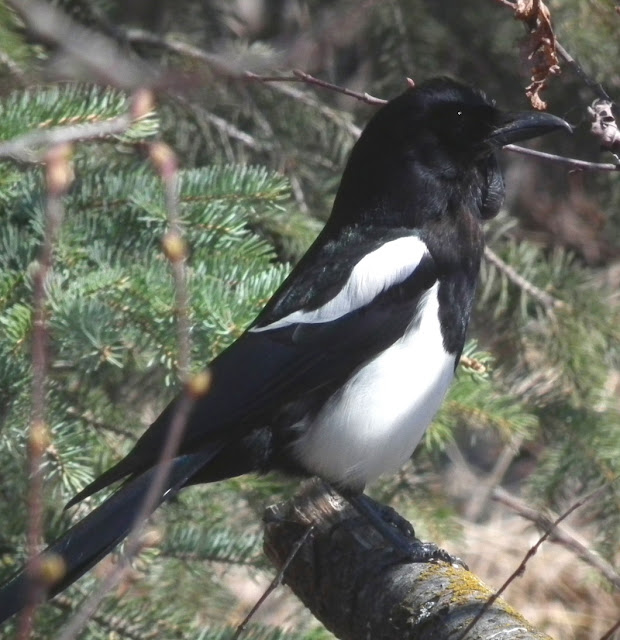 A final portrait of a Magpie. No doubt I will return to the Coastal Trail one day next week.
Posted by john at 9:46 PM