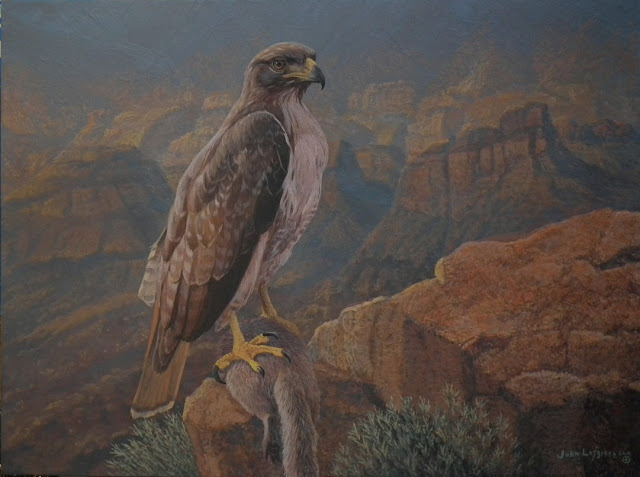 This is what I have been working on for the last several days. It is a Red-tailed Hawk with a Rock Squirrel in it's talons. The title of the 12x16"painting is, Arizona. The reference photos that I used were photos of an imm. Redtail that I rehabilitated when I still lived in Arizona. The actual painting has much richer colors than can be seen in this photo. 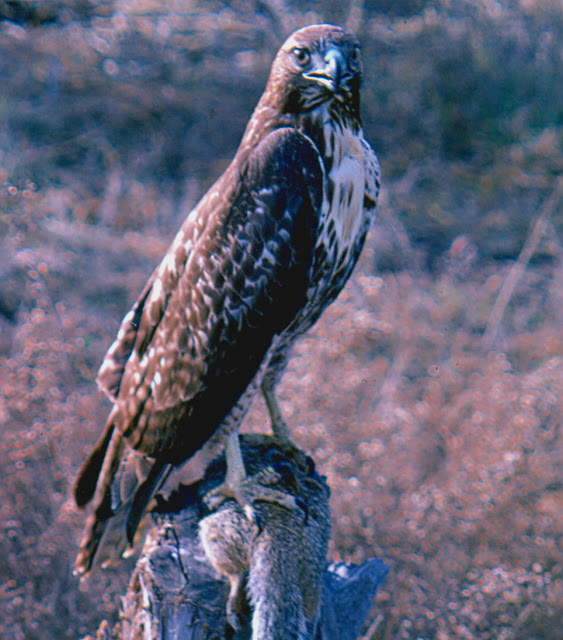 Although I was not a licensed wildlife rehabilitator, the Dept. of Game and Fish would often get overwhelmed by the number of injured and orphaned wildlife that people brought to them. That is when they would call me to help out on an emergency basis.
A trapper shot this bird when it pounced on a Gray Fox that was caught in one of his traps. He could easily have left the hawk to die, but he had enough of a conscience to bring it in for treatment. 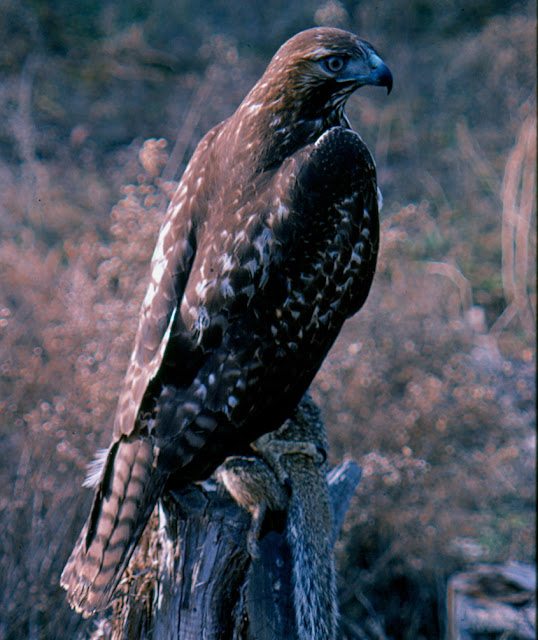 This was a large, sub-adult female. She planted her talons deep into my flesh when I tried to get her out of the car when she was brought to me. Those sharp daggers sank into my hands and arms like they were marshmallows. OUCH! I raised rats in my shed, and collected fresh roadkill to feed this bird. The Rock Squirrel is roadkill that I tossed into the back of my pick-up and brought home. 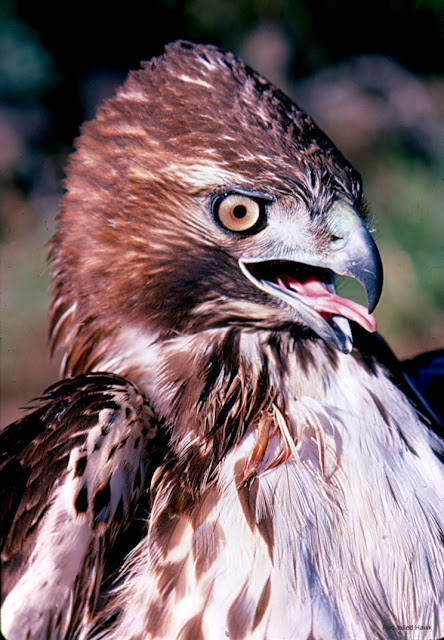 This is her on the first day, all menace and fury. In a very short time she tamed down and actually had a very sweet personality. When she was ready to be released, she did not want to go. 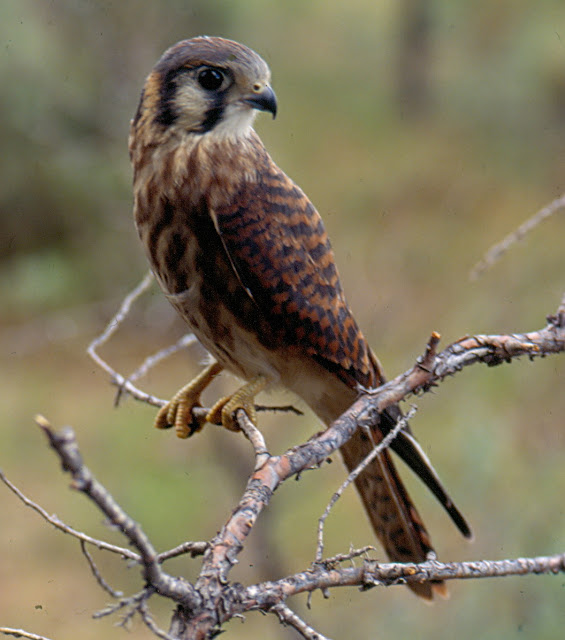 Another sub-adult female that I rehabilitated. This was an American Kestrel. She became so tame that she wanted to perch on my shoulder all day like a parrot. When she was not on my shoulder, she would follow me from room to room.
She hated to go outside, but as she matured she became more independent. In a period of about two weeks, she went from fearing the outdoors to sitting by the window and longing to go outside. When she was released, she took off with great enthusiasm and never looked back. 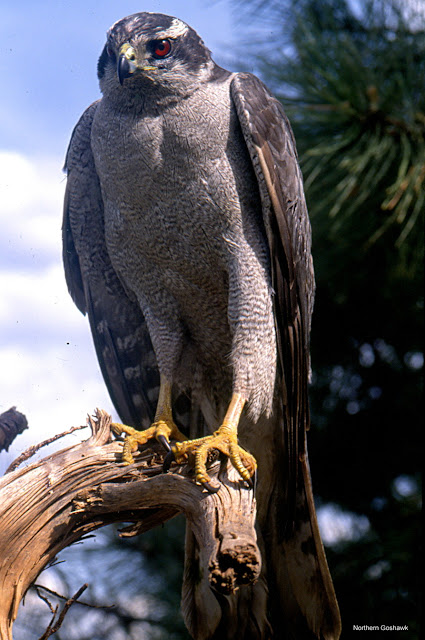 This adult, male Northern Goshawk never tamed down at all. On the day we released it back into the wild it started screaming in excitment. As soon as it flew, a wild Sharp-shinned Hawk darted out of the forest and chased it.

Not a bird that I rehabilitated. Just a nice view of an imm. Townsend's Solitaire from my AZ. days.

One of the local species of warbler in Northern Arizona, Virginia's Warbler. We also had Red-faced Warblers and Painted Redstarts amoung others. I just did'nt manage to bring photos of those beautiful species to Alaska with me. 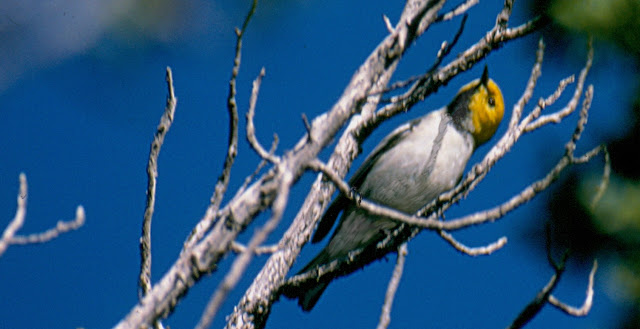 Hermit Warblers were not local breeders, they only migrated through the area in the early fall.

The most common hummingbird species around Lakeside was the Broad-tailed Hummingbird.
Posted by john at 4:01 PM

These are great! And you can't even see the strings!

The only strings was some 20lb test fishing line on the Goshawk. It easily broke the fishing line and flew into a nearby tree. I placed a ladder against the tree and climbed up to retrieve the hawk.
It stayed in the tree, but sank it's talons into my hands and arms when I tried to grab it. One talon on it's hind toe entered my forearm on one side, and protruded from the other side. Once again, OUCH!