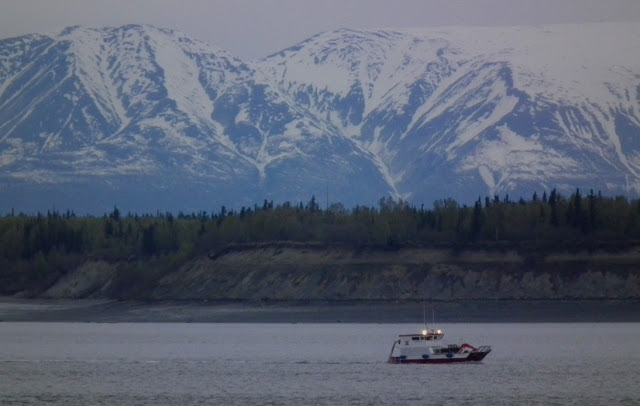 Last evening Anchorage Audubon put on a sumptuous potluck get together at Westchester Lagoon. I used the opportunity to walk the coastal trail once again to see how the season is progressing. Grass is growing again and the trees are leafing out. White-crowned Sparrows are singing all over town, and I started seeing Orange-crowned Warblers along the trail.  The photo above is a fishing boat returning to port with Fire Island and Mt. Susitna, (Sleeping Lady) in the background. 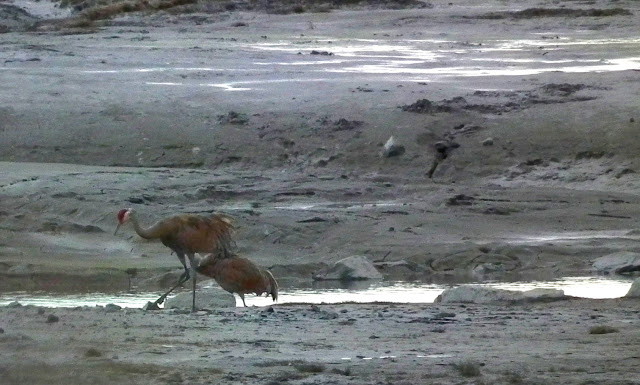 There were four Sandhill cranes out on the mudflats. No doubt the same birds that I have been seeing on nearby Fish Creek. They were quite far away but I liked the soft lighting of the overcast sky. 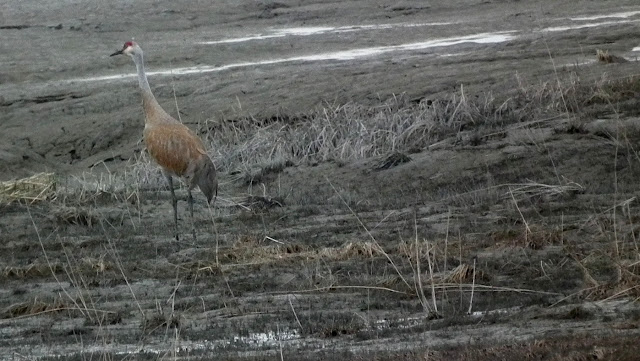 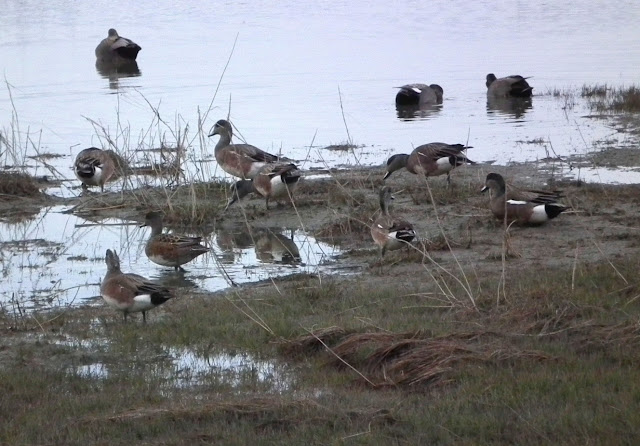 There were a bunch of widgeons out on the mudflats as well. 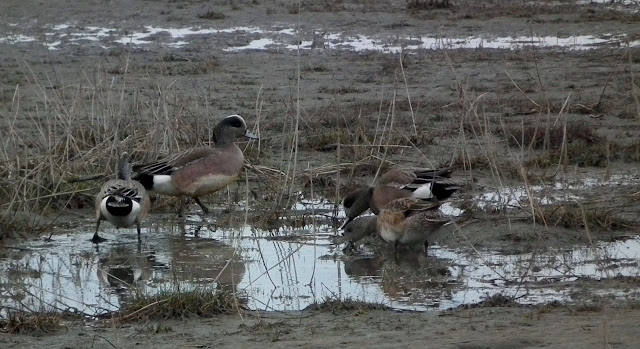 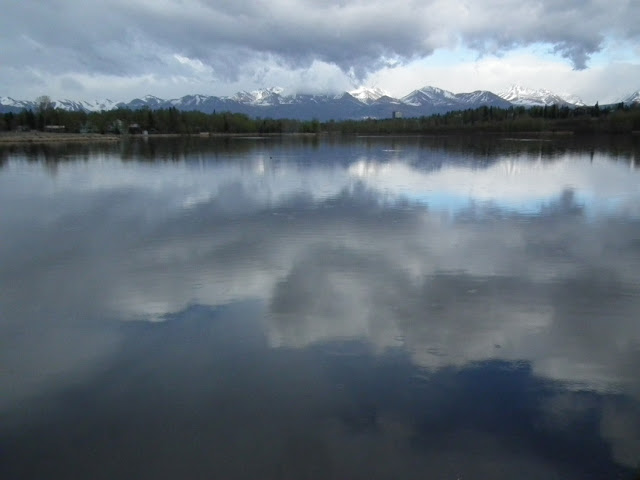 Finally I made it to Westchester Lagoon in time for dinner. 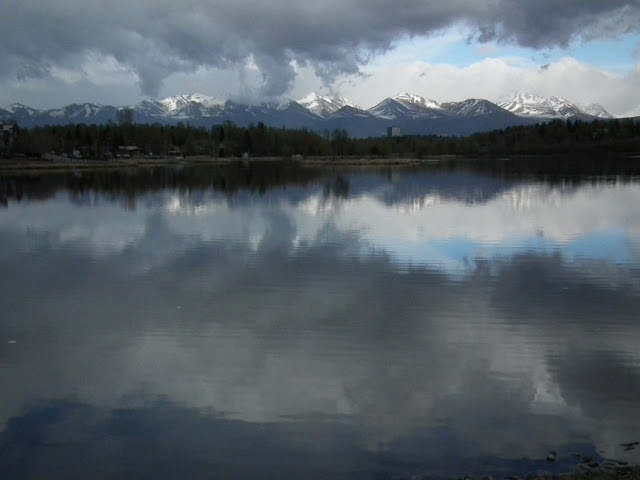 Although it sprinkled on the way to the lake, the sky was brooding but there was no rain during the event. 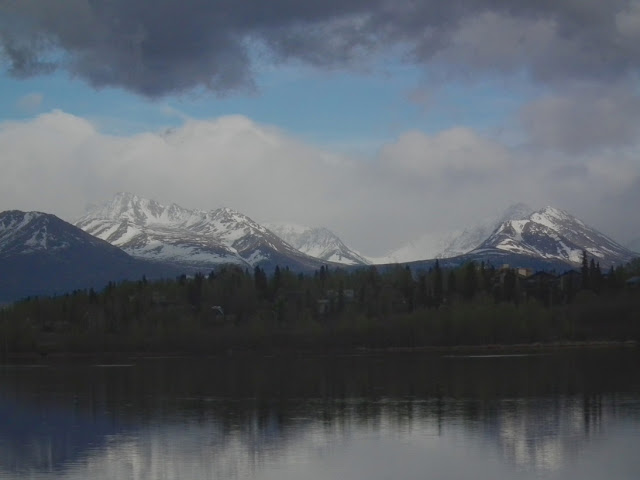 I liked the moodiness of the mountains and clouds.

A Hudsonian Godwit rests on one of the two small islands in Westchester Lagoon along with some Greater Scaup. 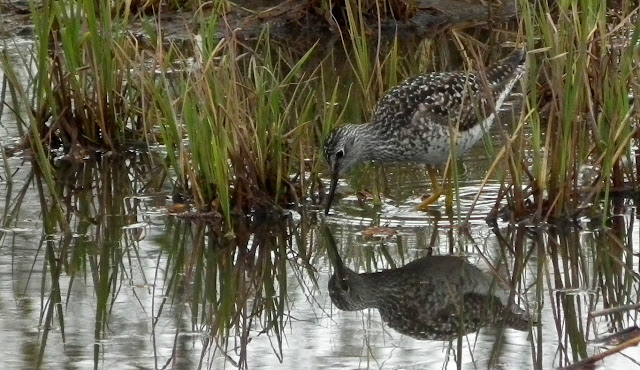 In a small slough connected to the lake I got confused for a while because I heard a shorebird calling loudly. I looked for the bird and saw this Lesser Yellowlegs in prime breeding plummage, but the calls I was hearing sounded nothing like the distinctive call of a yellowlegs. I showed this photo to the president of Anchorage Audubon, Mr. Whitekeys, who concurred that it was a Lesser Yellowlegs. 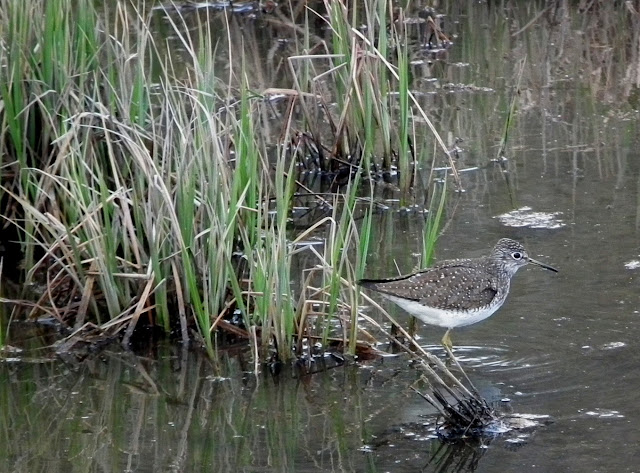 Then I went back to the little slough. The yellowlegs was gone, and the real caller was out in the open, a Solitary Sandpiper. See the green grass I talked about in the beginning of this post? 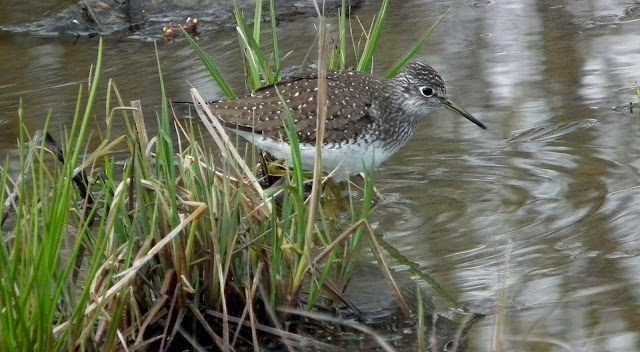 Last summer I got my first photos of a Solitary Sandpiper at nearby Spenard Crossing. These photos are much better. I wonder if it could be the same bird? 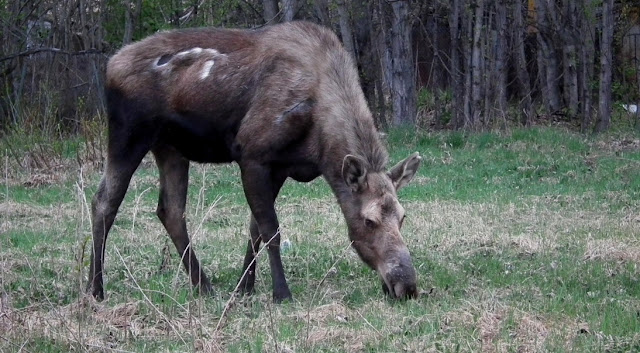 As I returned home at the end of an enjoyable evening, I saw this moose nearby. Last week I saw the usual nieghborhood moose that I see from time to time. The mother and her yearling male calf.
I wondered when she would drive her calf off and give birth to a new one. Just about 3 days ago the local news reported that a cow moose with two newborn calfs had been shot in a nearby nieghborhood. It had allegedly been threatening children, and I feared it might be my moose.
You can see by the notched left ear that this is the same cow moose that I last photographed at Christmas time. Judging by her scars, she has had a rough winter. The yearling calf was nowhere to be seen. I wonder if she has a newborn calf hiding somewhere nearby? 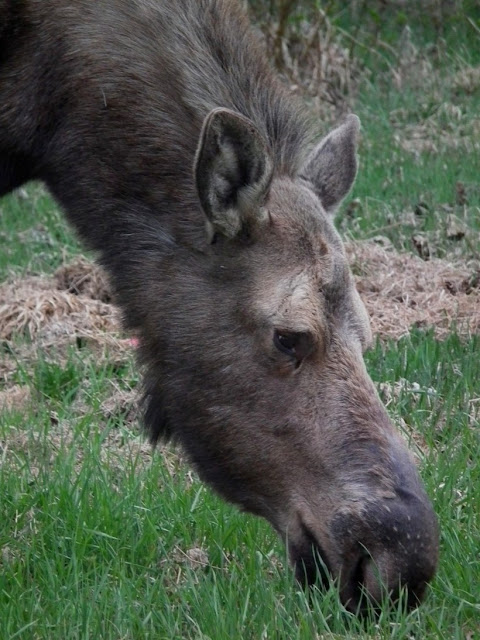 True to her usual calm temperament, she ignored my presense completely.
Posted by john at 4:49 PM