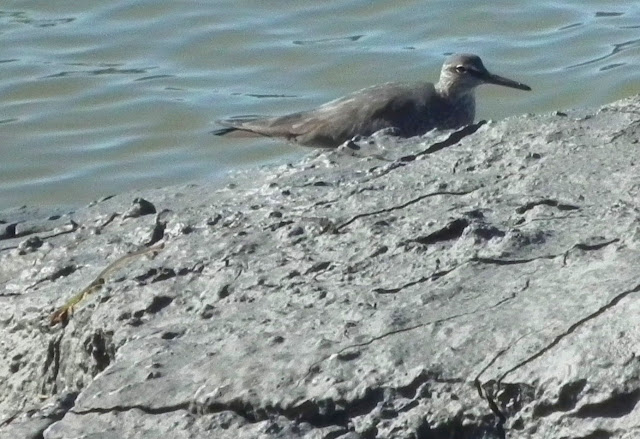 Last evening was the nicest day of the year so far. I know I just posted some new artwork yesterday but I want to put up some of the photos from yesterday's walk along the coastal trail.

I would trade all the regular migrant shorebirds for this one bird in the photo above. It may not be much to look at, but I have only seen a handful of Wandering Tattlers in my life. It's been about a decade since I've seen one, and never along the Anchorage Coastal Trail. 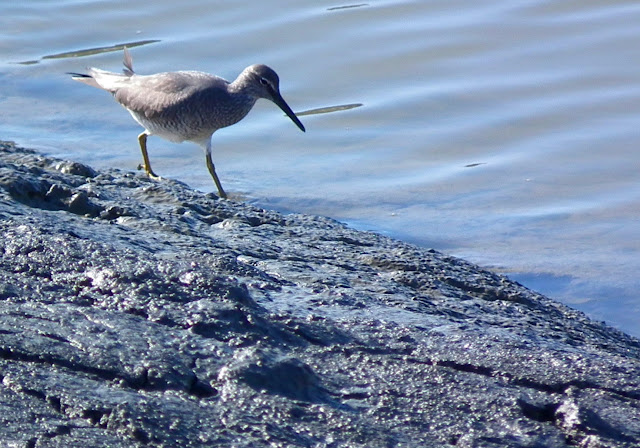 This Wandering Tattler was foraging along the muddy banks of Fish Creek, just south of Westchester Lagoon. This is the only tattler that I have been able to photograph. Too bad the light was so harsh. Another new arrival. There were a number of Hudsonian Godwits like these two courting birds. There were several Whimbrels and yellowlegs as well. 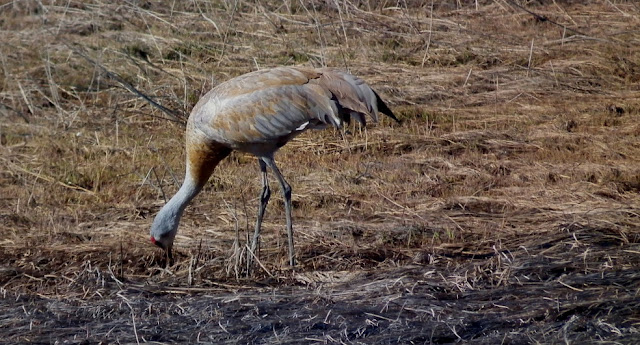 There were four Sandhill Cranes but only one that was close to the trail. 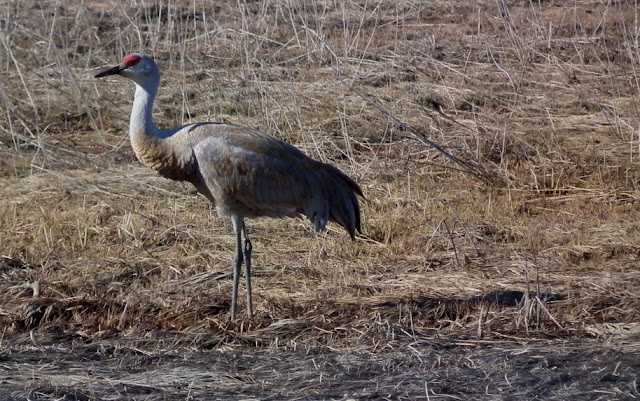 The coastal trail swarmed with noisy people and dogs, but this crane appeared to be unconcerned about them. 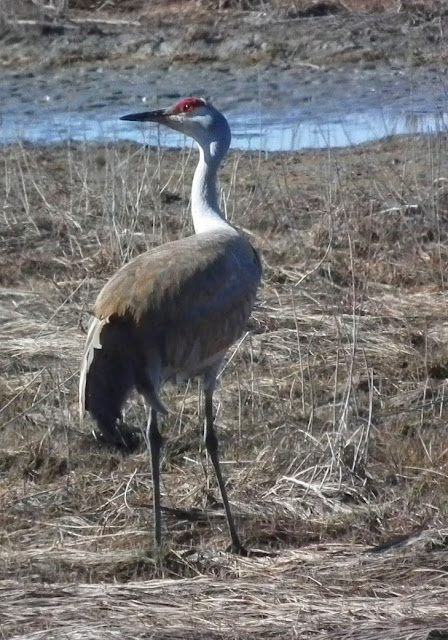 These are the best Sandhill Crane photos that I have been able to get. Once again it's a shame that the light was so harsh in the late afternoon sunshine. 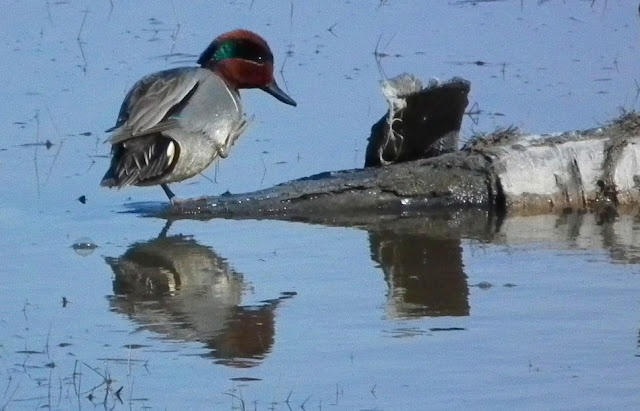 There were still Green-winged Teal in the same pond where I photographed them before. The little pond was right next to where the Sandhill Crane foraged, and just north of Fish Creek. 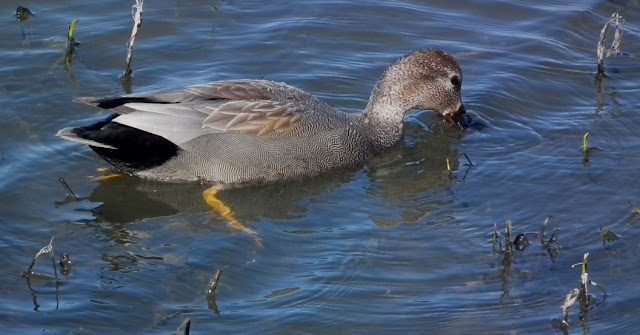 Right below Westchester Lagoon, the Gadwalls were still in their little pond. 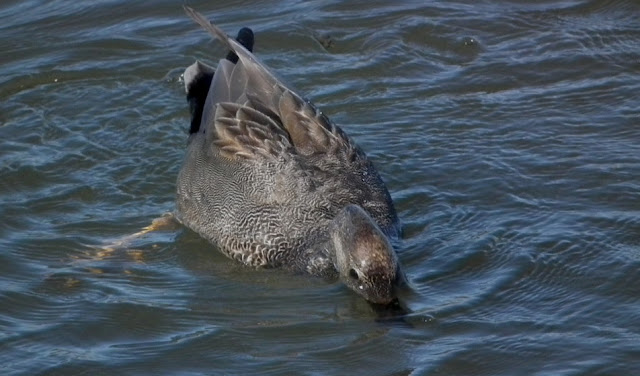 These are the best Gadwall photos that I have been able to get as well. 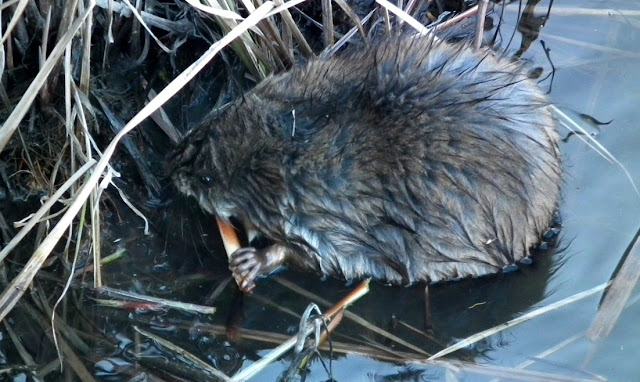 There was some Muskrat love goin on in the same pond as the Gadwalls, although I could only get one to pose for me. 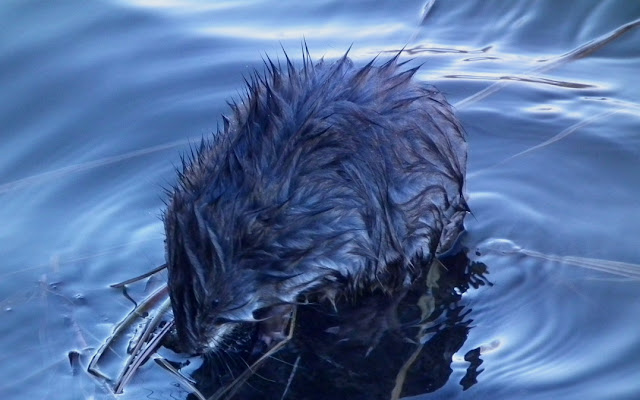 I dont know if Muskrats ever dry their fur out completely. These are the best photos I have of them also.

Although it's a blurry photo, I like this Arctic Tern in flight. 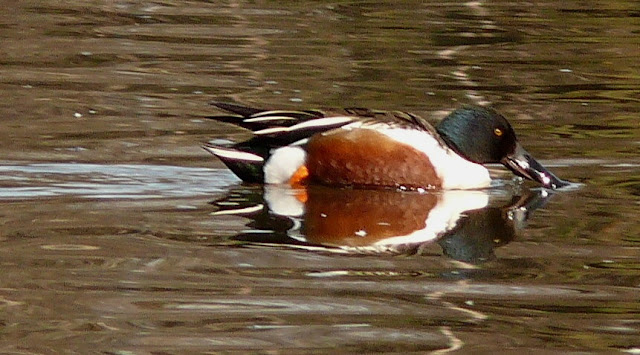 My first Shovelers of the Spring were on Westchester Lagoon.

Buffleheads were still on the lake as well.
Posted by john at 3:44 PM

Very nice collection of birds plus the muskrat. I hadn't heard of Wandering Tattlers till now. How great that you saw one after so many years AND captured these photos!

We came across a pair of Marbled Godwit saturday, It was a good day for seeing a few birds up close that we had previous years seen from a distance. I expected to spot quite a few more ducks on our road trip as ponds are plentiful at the moment, maybe they are still coming. The grebes were plentiful though.
hugs!