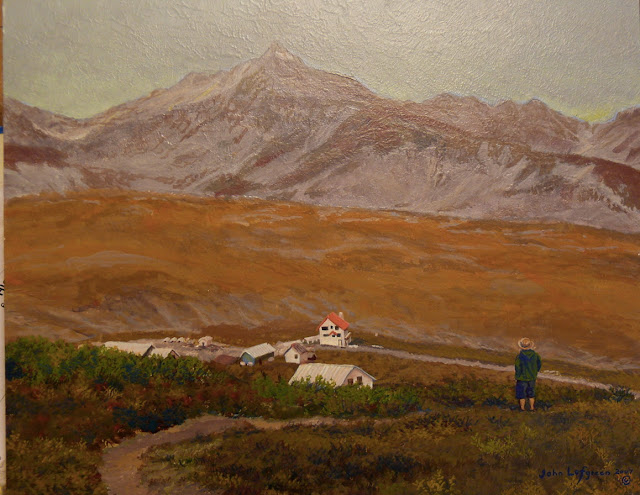 Brody stands on a ridge overlooking some of the Independence Mine buildings near Hatcher Pass. This is an old 8x10" painting. Brody moved out of state last year. Too bad, I really enjoyed white water rafting with friends on his raft. I hope he took this painting with him when he left. 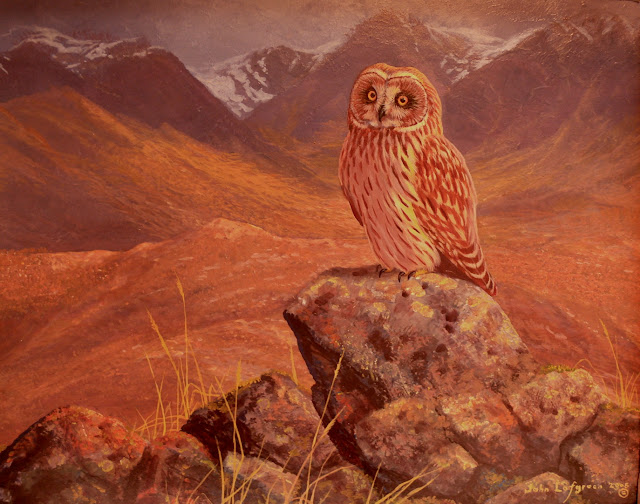 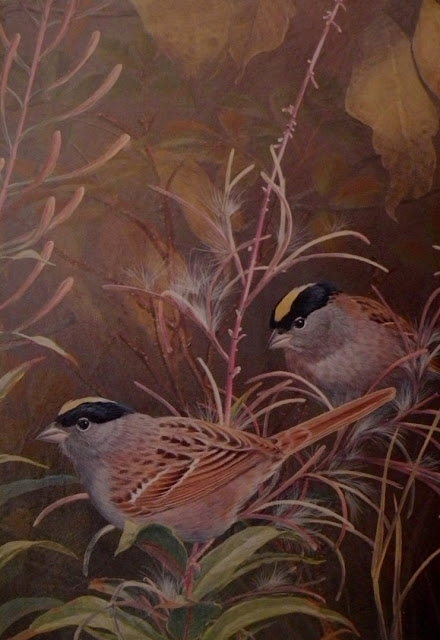 Golden-crowned Sparrows in Fireweed. I forget the dimensions of this old painting. 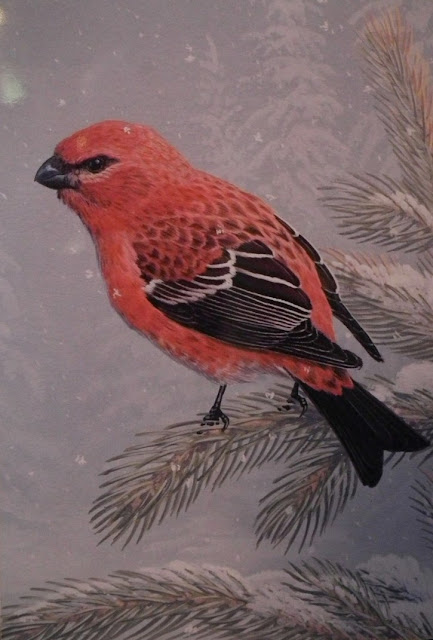 Another painting with much room for improvement, 10x8" Pine Grosbeak. A subject that deserves a better effort. I guess that it's not too terrible. 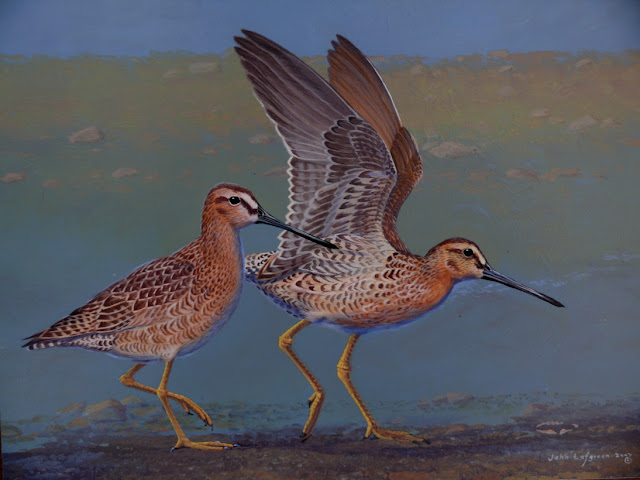 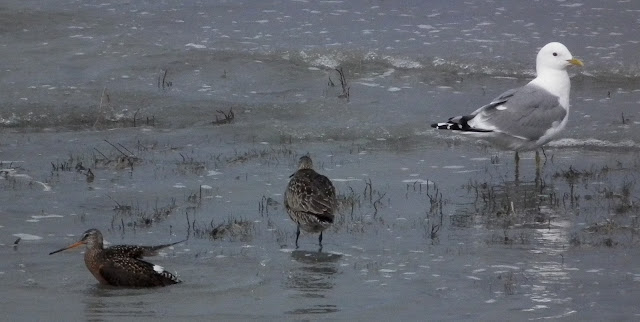 Lately I have been visiting the coast twice a week. That's because the main push of migrating shorebirds could come through any day now. The local bird experts say that they are late this year. The big shorebird numbers have been visiting other Alaska locations, just not here. We hope that they do not overfly our part of the state.
There were some Hudsonian Godwits with the Mew Gull above, and a few other things. 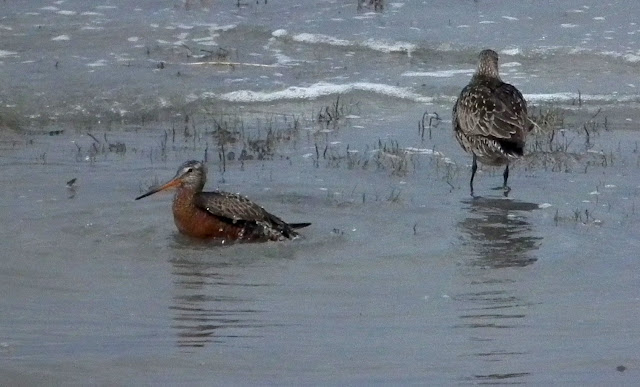 The male is taking a bath while it's mate looks on. 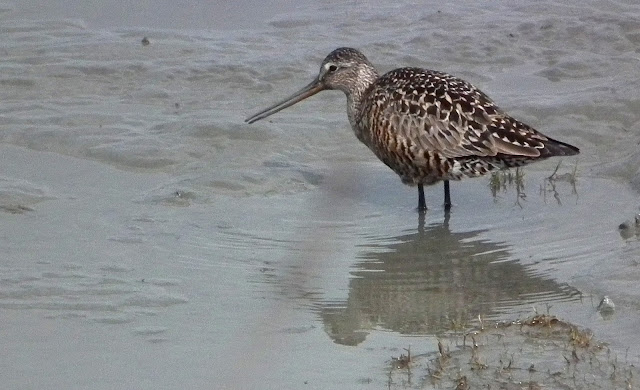 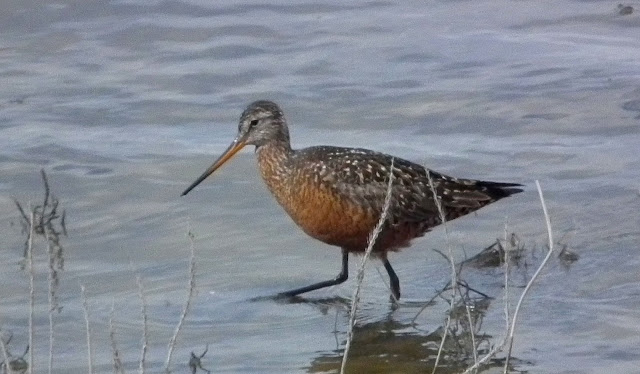 An impressive male godwit. You can identify godwits from most other shorebirds by their two-toned bills. 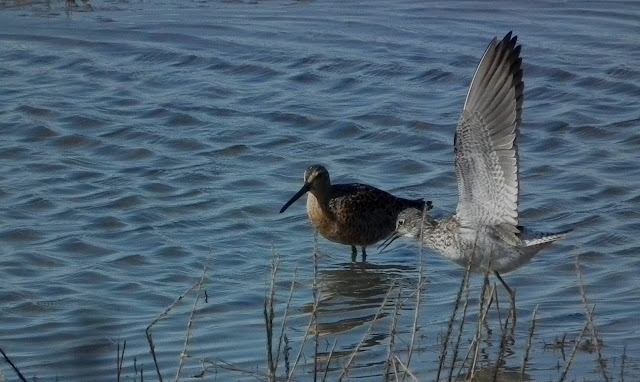 I was just pressing the shutter button on my camera, trying to photograph a Short-billed Dowitcher when this Greater Yellowlegs landed next to it. A lucky shot. 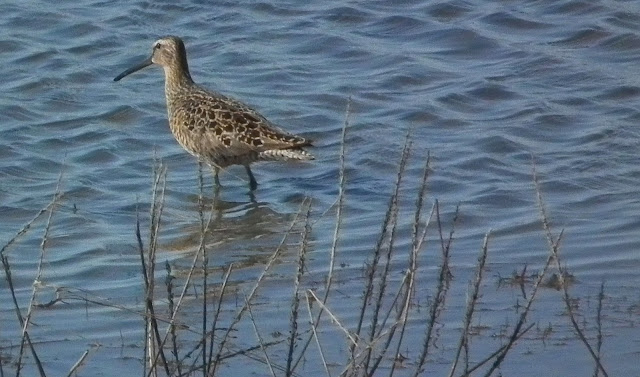 I only look these shore birds, in autumn or in winter when the colour of his plumage its more eroded,and also its more difficult tho distinguish one specie of other.The short eared owl its an scarce bird in Catalonia and stay few time in my country.

The painting of Short-billed Dowitchers is my favourite!