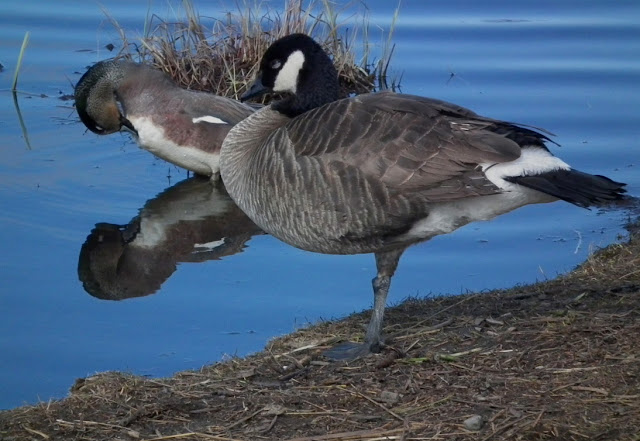 The title of this post refers both to the lack of green vegetaton, and green dollars in my pocket. Although the birds are showing up in big numbers around here, cold nightime temps are preventing plants from greening up yet. This is typical for this time of year. Things will start greening up within a week. It would be nice if my bank account started doing the same.
Yesterday morning I headed to the usual haunts in time to witness the highest tide that I have ever seen around here. That did'nt seem to affect the local waterfowl like this Am. Widgeon and C. Goose, relaxing at  Spenard Crossing. 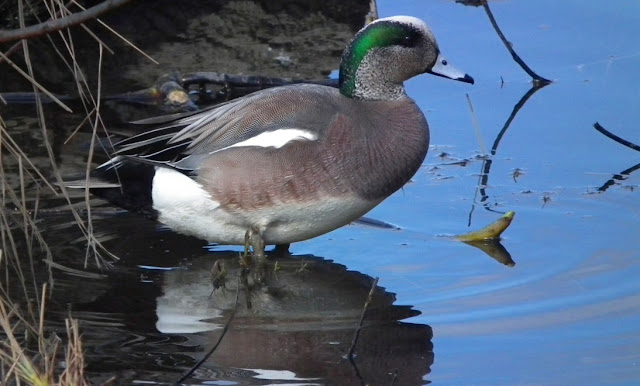 Although I already have a bunch of good widgeon photos, when a wild duck poses so well for me, I have to shoot it's portrait. When I lived in Arizona, the only ducks that would allow me to get this close were Mallards. Around here many ducks will allow me to get within touching distance with just a little patience.

A bunch of Greater Scaup have arrived at Westchester Lagoon since I was last there on Thursday. They will allow for closer approaches as the season progresses. Yesterday the drakes were busy squabbling amoungst themselves. There was a pair of Lesser Scaup as well.
Last Thursday I saw a Common Loon on Westchester. Yesterday it was a Red-throated Loon, too far away for photos. That was the only RT Loon that I have ever seen on Westchester, although they are often seen on the coast just below Westchester.

Along the flooded coast, there were some birds like this distant Arctic Tern. Within about a half hour of taking this photo, the receding tide left this log high and dry. 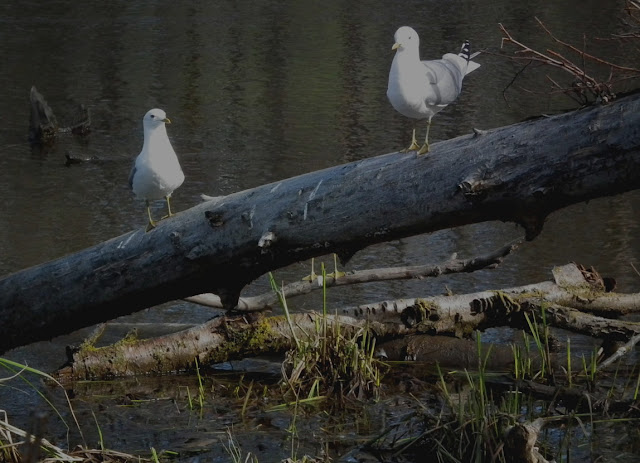 Mew Gulls are by far the most common gull in this area. In other places, Black-legged Kittiwakes are the common gull. Glaucous-winged gulls in yet other coastal communities. Glaucous Gulls on the North Slope. 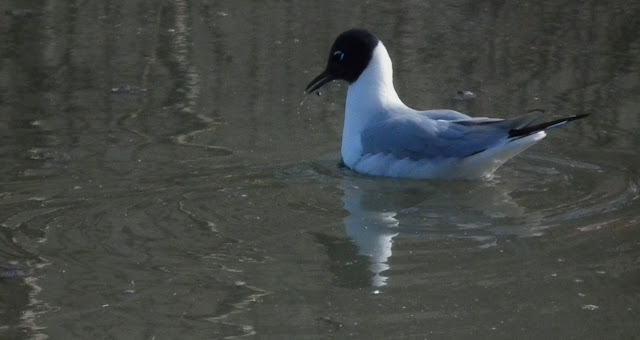 Another common summer gull, the attractive Bonaparte's Gull. They have a particularly unpleasant scream, so do Arctic Terns. 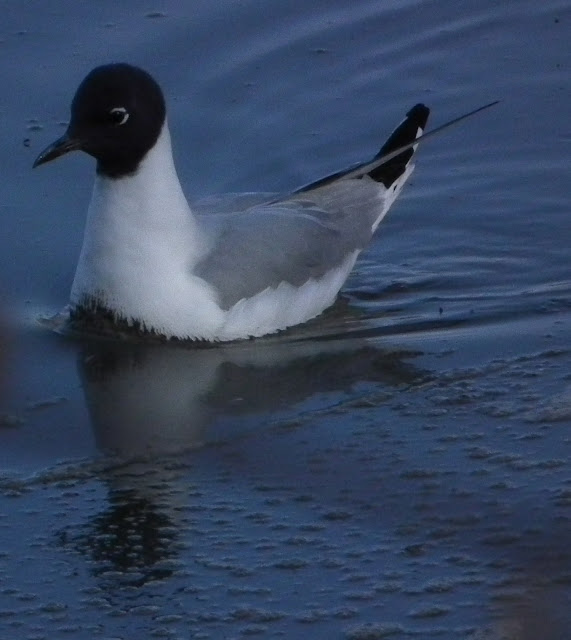 Bonaparte's Gulls are often easy to approach, like most gulls. I really like them except  for their voice. 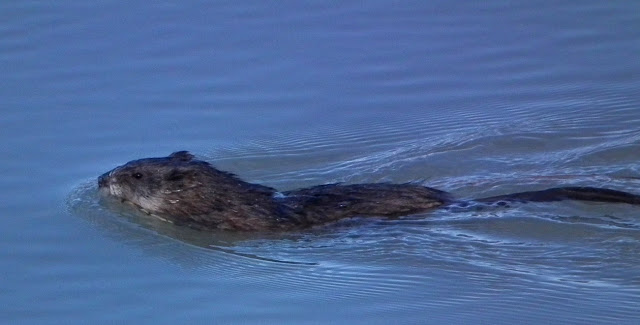 Muskrats are particularly active at this time of year. Exactly why that is, I don't know. Something to do with reproducing no doubt. 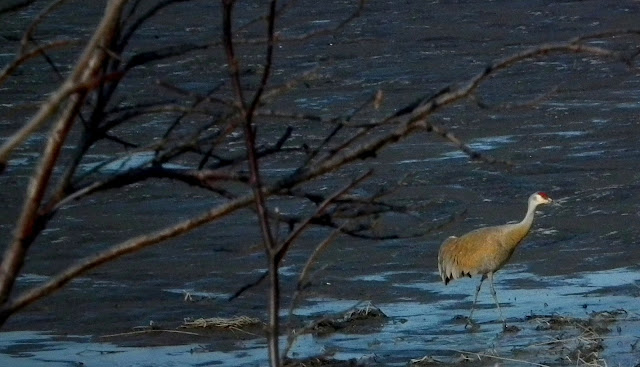 As the tide receded, I watched this Sandhill Crane arrive on to the mud flats. Where was it during high tide? Who Knows. I saw some new, (for the year) shorebirds yesterday, Short-billed Dowitcher, Wilson's Snipe, and Spotted Sandpiper. Hopefully, I will see more soon.
Posted by john at 3:43 PM

Good photograps John!,i himagine that the springs of boreal regions appear sudenly and shorther, the plants bloomyng in short time, the animal actibity becomes intense and frenetic.Must be a kind of explosion of life that continue to the summer and the clouds of mosquitos invading completelly the taiga, the trees and shrubs its full of ticks.How do you walk in the taiga for look the animals John?.

You are very correct Marc. There is a sudden riot of plant growth. The smell of pollen lasts most of the summer. Mosquitos can assault you in huge clouds. Some people develop a natural resistance to the mosquitos, not me. I would not dare go into certain areas without repellent. Luckily there are no ticks in Alaska.

In a one occasion, i was made a travel, with an ecologist group, in Siberia visiting the famous lake Baikal,and made many excurssions in the taiga.Walking trough the forest clothing with watherproof jakets, headgears and gloves, no for the moisture of weather, if not for refuse the continuous attack of inmense quantity of mosquitos and black flies the sice of sparrows,and also our mosquito repelent was useles for these insects.I remember that one of the better sistem for walking in these environments is for the rivers when the wather is in movement, camping on the grave shores of rivers or staying in a places where still conserve snow.And avoid the swampy regions.