Autumn Colors Along the Coast 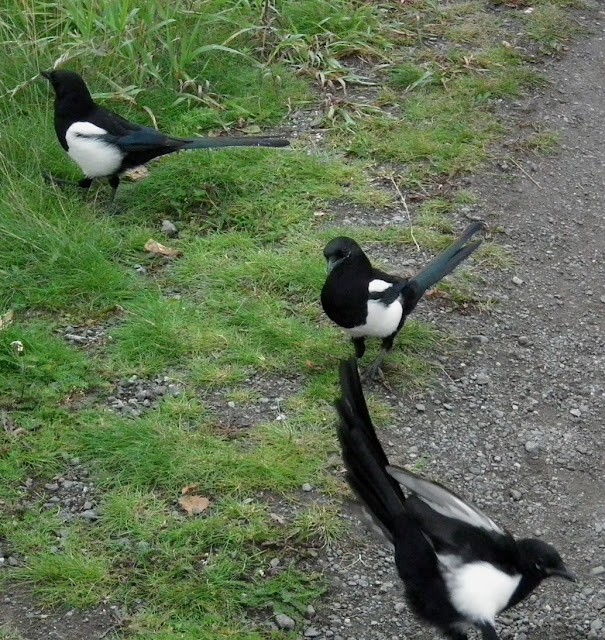 Today I took the time to monitor the seasonal changes along the Coastal Trail.  Magpies are ubiquitous and I usually ingnore them, but the antics of these three caught my attention. 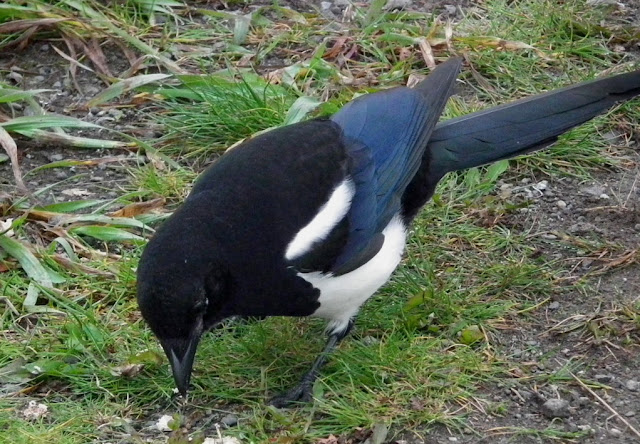 When I stopped to photograph them, they came right up to me. They were at my feet, walking all around me. Hoping for a handout, no doubt. 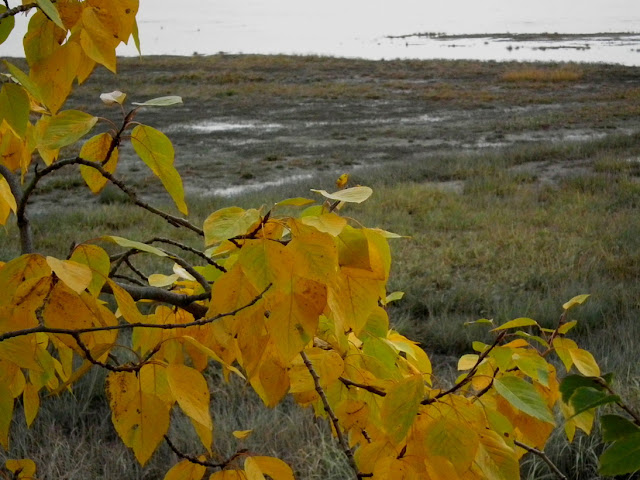 Although the day was gray and cool, there was good color saturation to show off the fall colors. 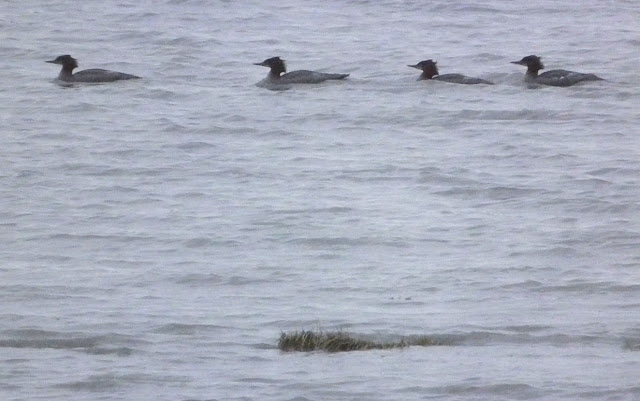 It was high tide while I was there, so I could get close enough to photograph these juvenile Common Mergansers off the shore. 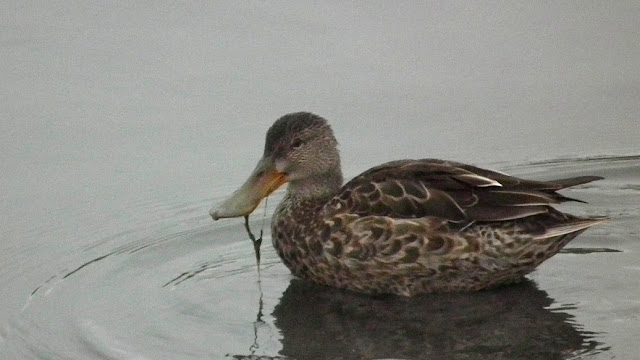 Presumably this is a juvenile, Northern Shoveler. Like I said before, moulting males look like females, and so do juvenile males. Most of the adult ducks have probably migrated south already, so I assume that most of the ducks I see are juveniles. There were lots of ducks around today. 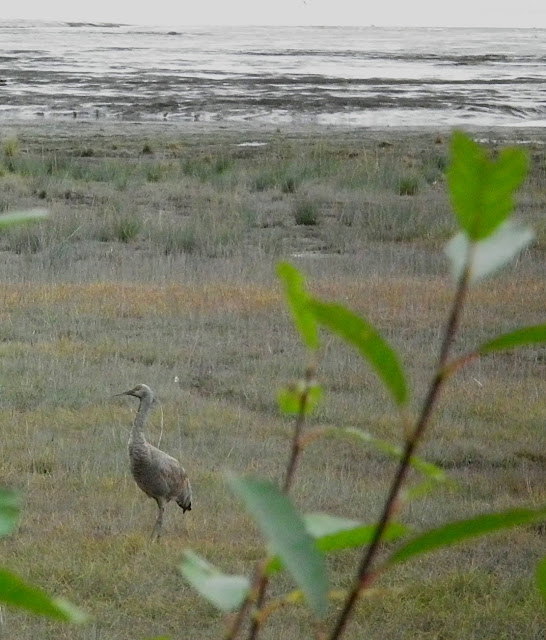 There was also a lonely, juvenile Sandhill Crane right where I saw three adults a few weeks ago. 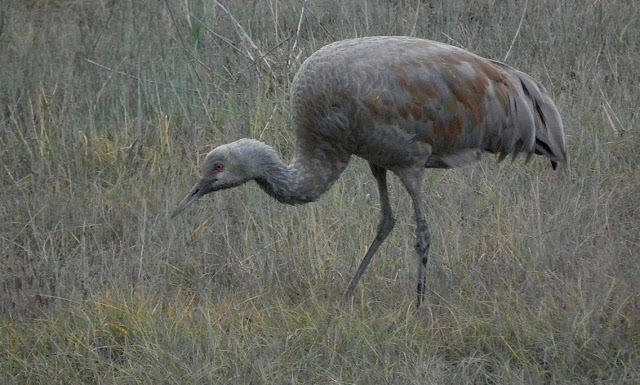 Adult sandhills are far from being colorful birds, but this young bird was downright drab. It closely matches the color of it's surroundings. 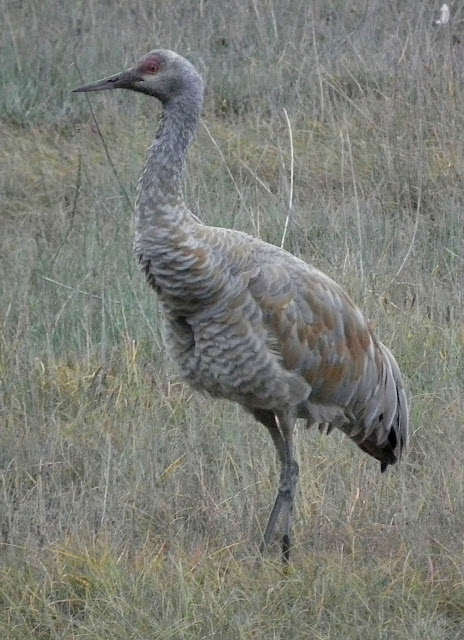 Now I have some pretty good photos of adult, and juvenile sandhills, I still would like to get good photos of the birds in flight, and engaging in their courtship displays. 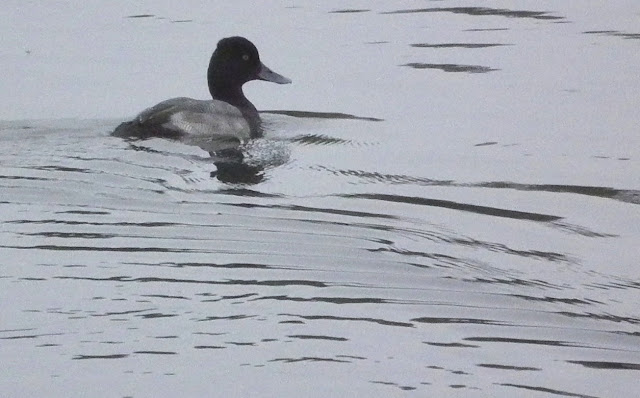 I've been seeing more Lesser Scaups lately than I have ever seen in Alaska. This bird could be an adult male coming out of it's annual moult, or a juvenile male coming into it's adult plummage. You can tell this from a Greater Scaup by it's steep forehead. There are other field marks to distinguish them that are not evident in this photo.
Other birders have reported seeing a dramatic increase in the number of Pine Siskins this summer. Could it be climate change affecting the local bird distribution? 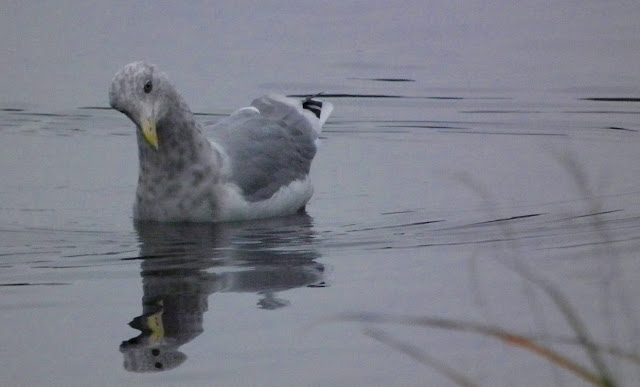 I'm about 90% positive that I got a lifer today. There have been reports of several Thayer's Gulls in the area. To tell the truth, I am not really clear about what field marks to look for. When I saw this gull, I assumed it was a non-breeding Herring Gull. It was being very cooperative and I could have gotten many good photos of it.
Since I thought it was just another Herring Gull I only took two quick shots from the picnic table where I was eating lunch at Spenard Crossing. Now I see from the amount of dusky gray on it's head and neck, it is more consistent with a non-breeding Thayer's Gull, a new bird for me. I'll study the photos a little more before I decide what it is. 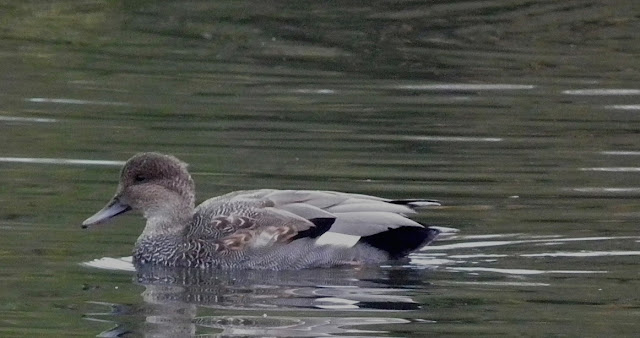 Along with elevated numbers of Lesser Scaup, and Pine Siskins, today I saw far more Gadwalls than I have ever seen in one day. There were hundreds where I'm lucky to see three or four. It is obvious that this is a male, but is it an adult coming out of it's moult, or a juvenile achieving adult plummage? 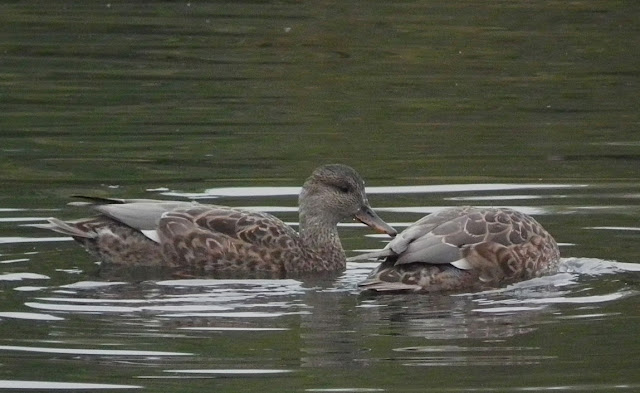 These two are juvenile females. I shot all of these photos from the picnic table. 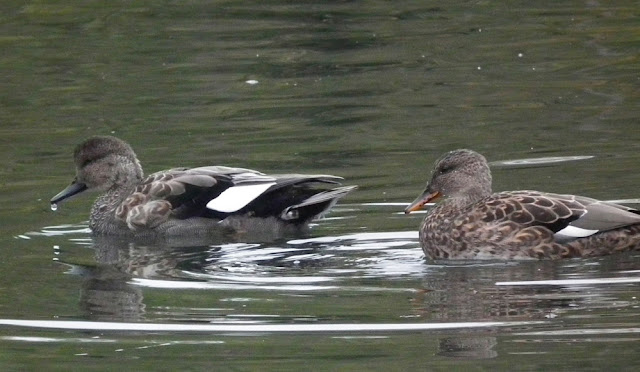 A female and male, (hen and drake) Gadwalls in mid moult. 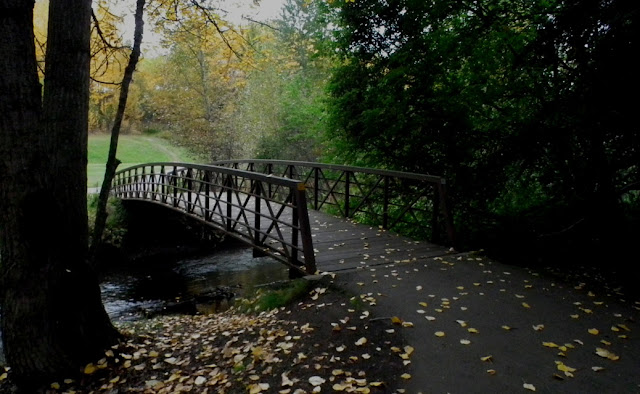 A footbridge over Chester Creek near Spenard Crossing. 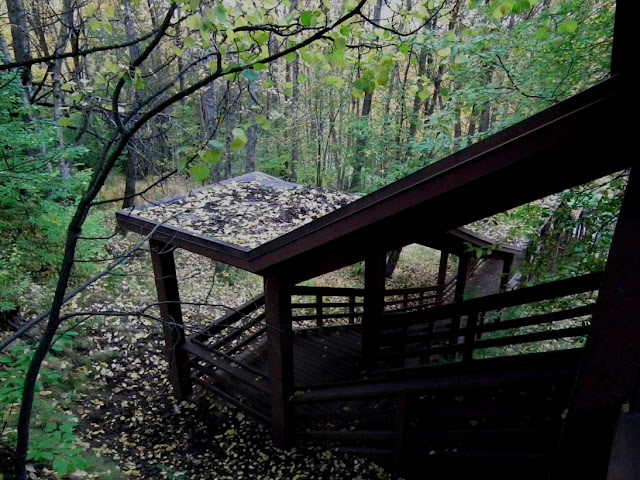 I climbed this nice, covered staircase that leads up out of the Chester Creek Greenbelt. The end of another pleasant day.
Posted by john at 11:29 PM