Let's Go to the Kenai 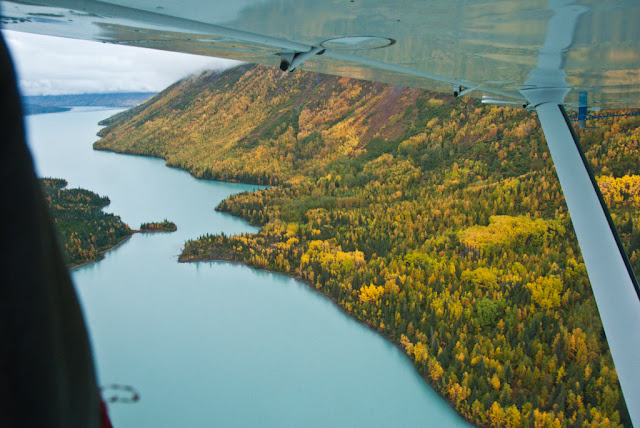 These first photos were taken by Scott from his plane. The scenery is the Kenai Peninsula. I'm not sure if this is Kenai Lake, or Skilak Lake. The milky color is glacier meltwater. 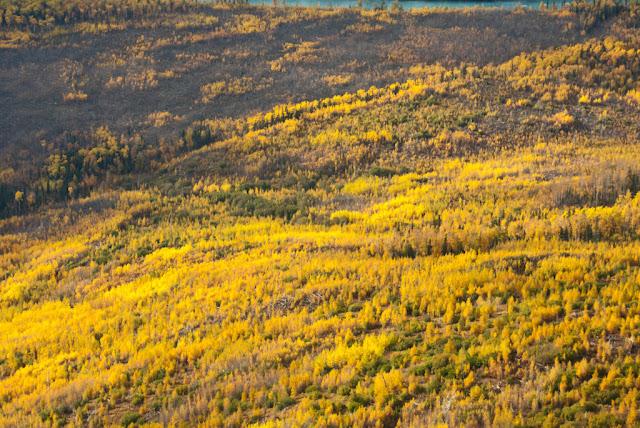 When I first moved to Alaska, this landscape would probably have had many more Spruce trees in it. I arrived to the state in the middle of a major Spruce Bark Beetle infestation. It hit the Kenai especially hard, and devastated large Stands of Spruce trees all over the peninsula.
Shortly thereafter, there were many huge forest fires that burnt off the dead trees, and caused Birch trees to flourish. 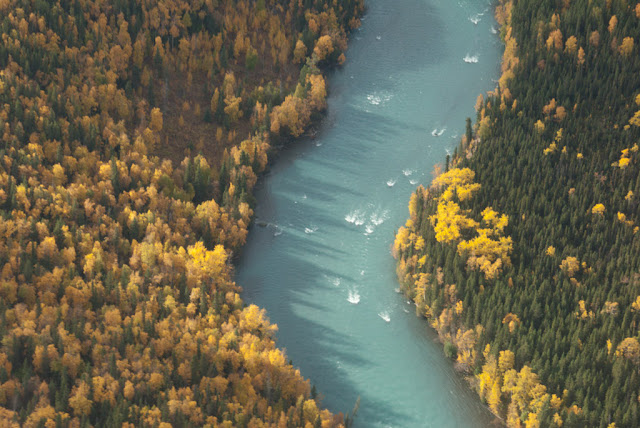 The famous Kenai River is well loved by fishermen and women because of the huge runs of salmon that arrive most years. Fishing quotas are set by the numbers of each species that show up in a given summer. That number can vary greatly from year to year. 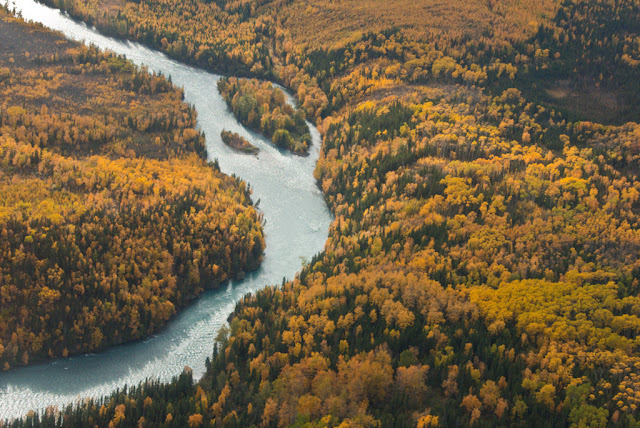 Salmon also attract bears. There are lots of interactions between bears and people along the Kenai and Russian Rivers. A few people get mauled, and a lot of bears get shot. Most meetings end peacefully for both parties. 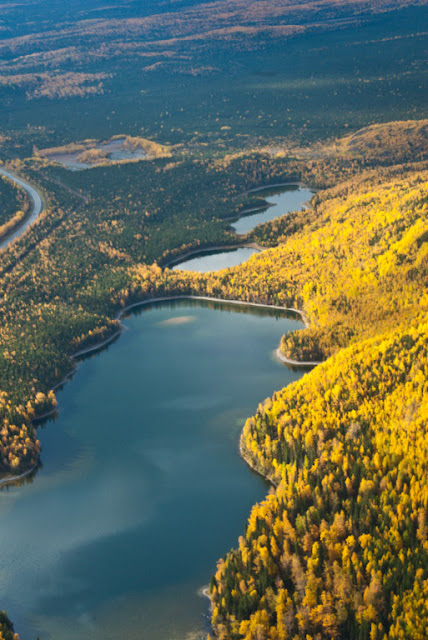 There are hundreds, if not thousands of lakes on the Kenai Peninsula. Many of them have very stagnant water that is unsafe to drink. I'm not real sure of the cause other than extensive, boggy habitat.
The water in the mountains tends to be safer than the water out on the flat areas. 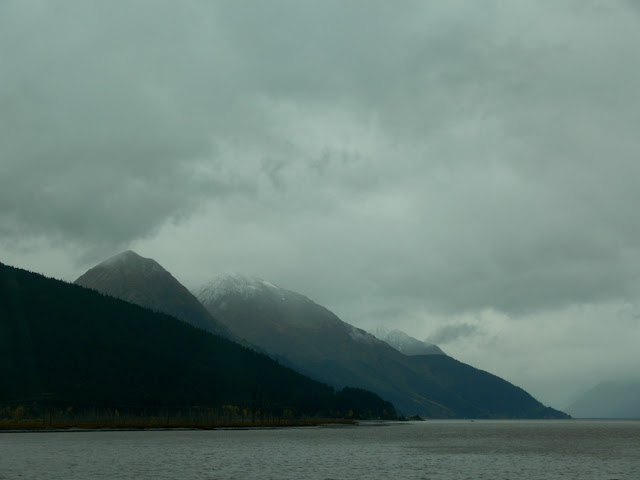 The rest of these photos were taken by me on the ground. Driving south from Anchorage, the highway snakes along the edge of Turnagain Arm, which is part of Cook Inlet. It got it's name when Captain Cook tried to sail along the coast. He had to turn back because of shallow water and treacherous currents.
After about 50 miles, Turnagain Arm ends, and the highway turns onto the Kenai Peninsula. 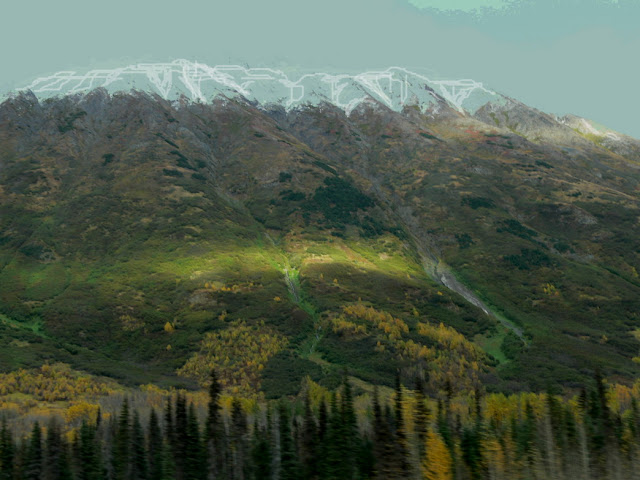 A single shaft of sunlight hits the mountainside beside the highway. The whole area abounds with wildlife. 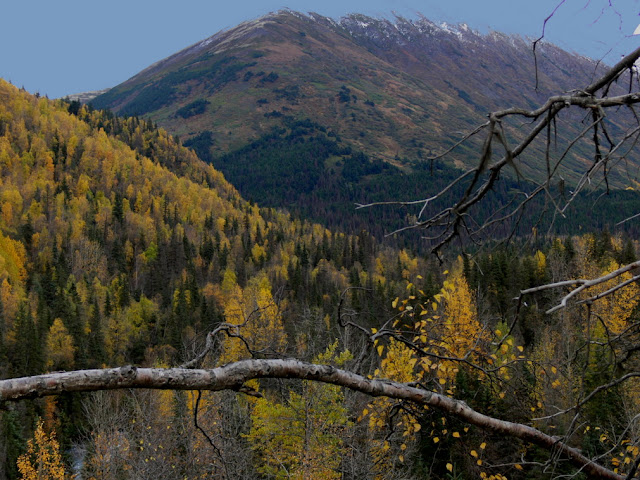 We took a fork in the road near here, that heads to the miniscule community of Hope. 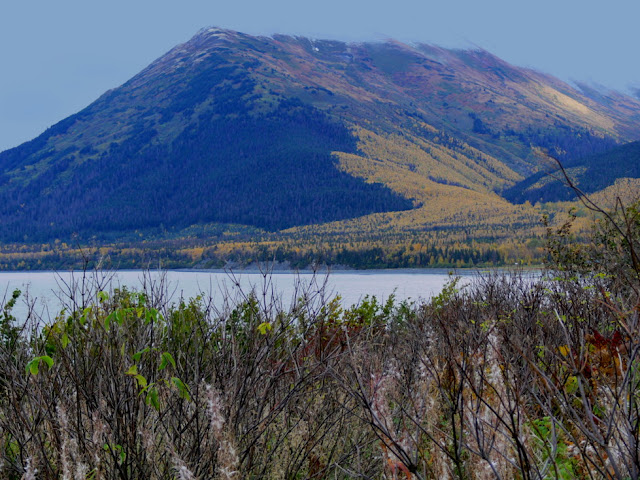 If you look carefully along the edge of the water in right of this photo, you can see the buildings of the town. There is a one room schoolhouse, a few small lodges, and a smattering of homes. That's Hope. 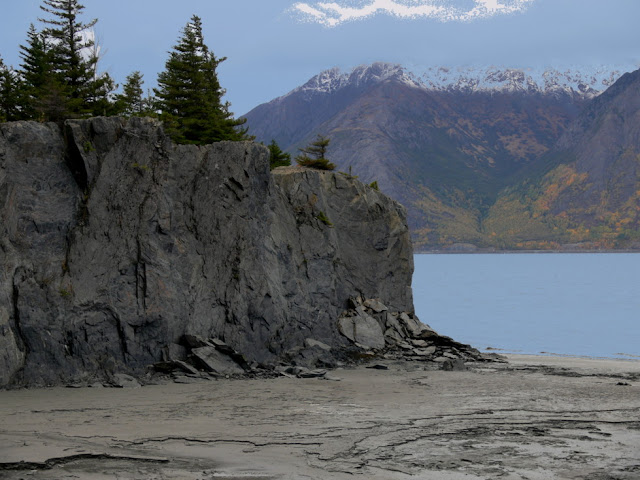 This is the beach just out of town, looking across Turnagain Arm to the mainland. The beach is not made up of sand, but mud. There are seldom any waves to speak of. 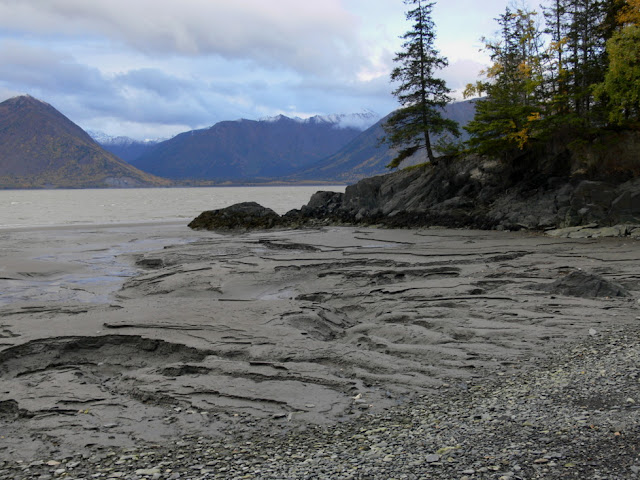 Most of the year, this is a bleak coastline. 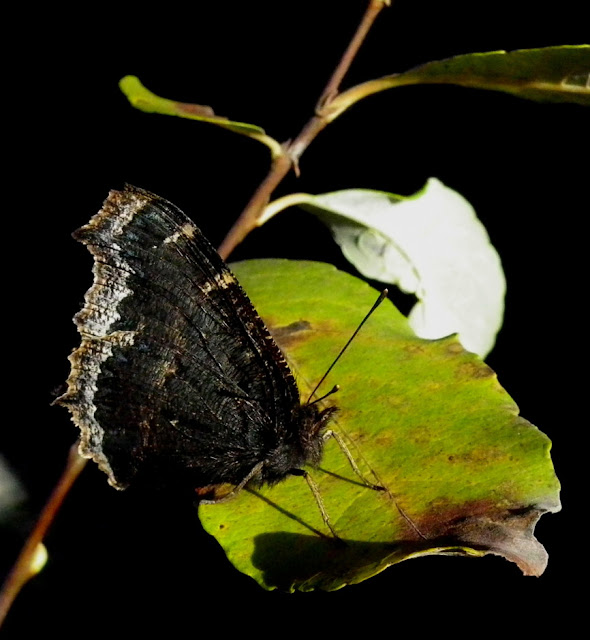 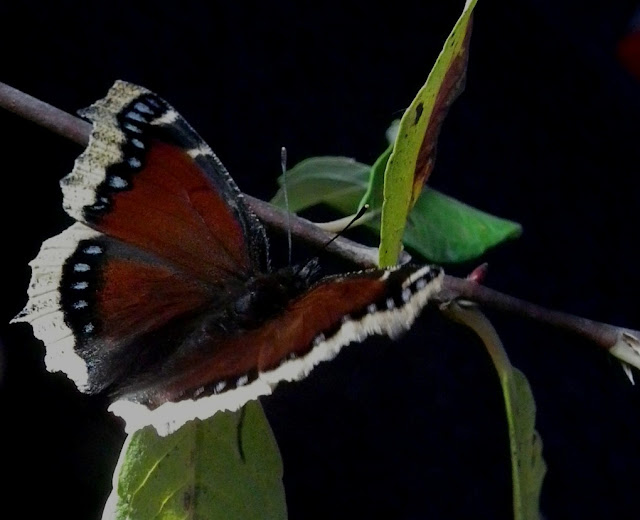 Eventually it warmed up in the sun, and opened it's wings. 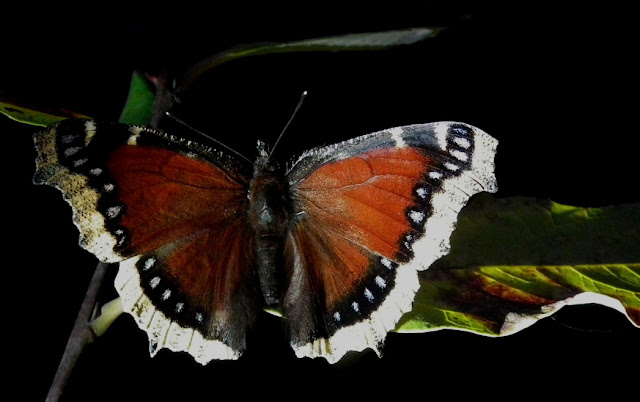 The  crisp, Autumn light was harsh, so it was a challenge to get a pleasing photo. The butterfly soon flew off, but it's days are numbered with temperatures predicted to drop soon.
Posted by john at 7:53 PM

Beautiful mourning cloak photo, I like the crispness of the image, in it I can feel winter coming.