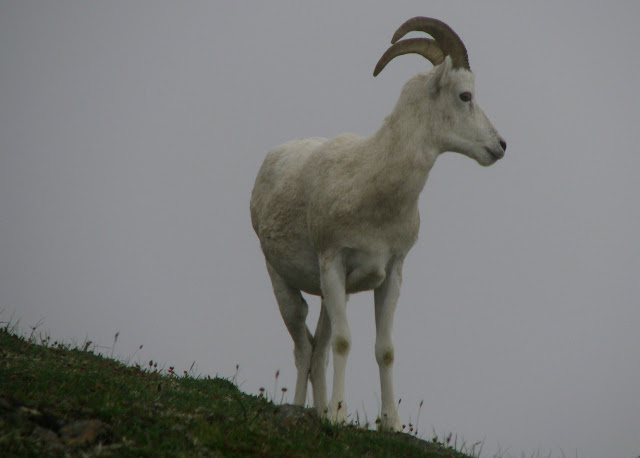 Back when I first moved to Alaska in 1997, The members of the Quimby family were amoung the first people to befriend me. There are not finer people anywhere. Most of these photos were taken by Bart. He is a professor of engineering at ASU. He is also an avid, (fanatical) hiker.
This first series of photos are some Dall Sheep that he saw on one of his hikes in the Chugach Mountains. He gave me permission to use his photos as reference photos for my paintings. The ewe in the photo above was not very shy. 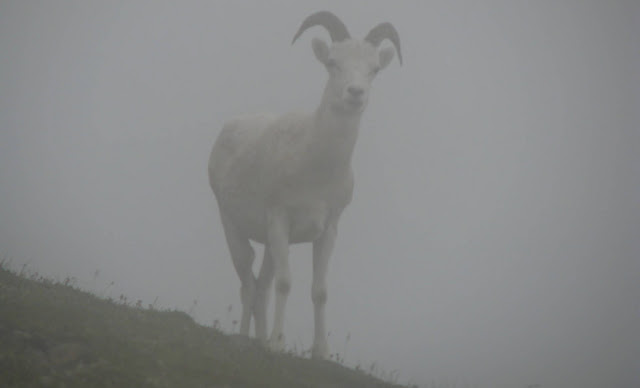 Dall sheep live high amoung the clouds. They rolled in while Bart was photographing this ewe. 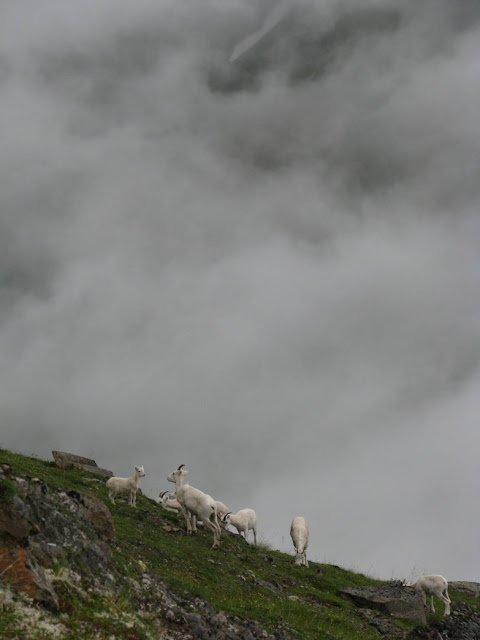 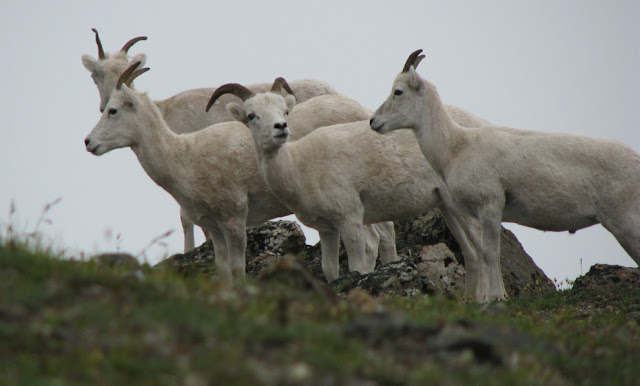 Bart was able to work his way closer to them. 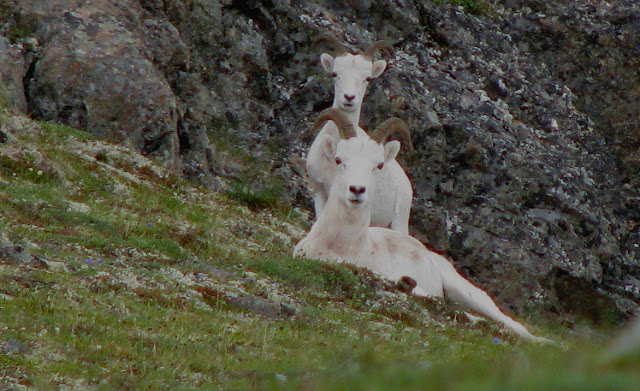 A ewe with an older lamb. 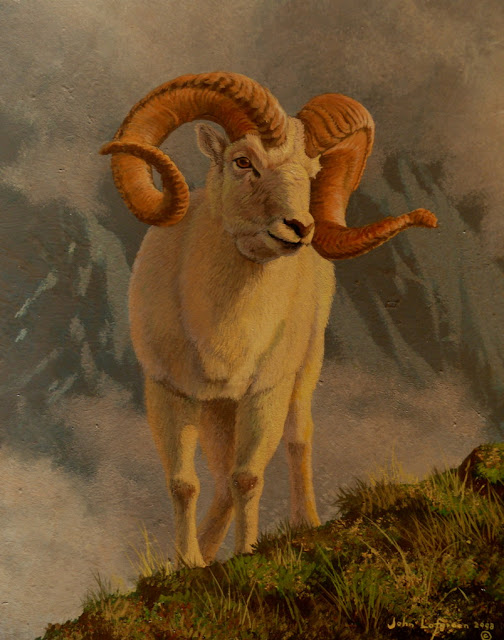 One small 8x10" painting of a Dall Ram that was partially inspired by Bart's photos. 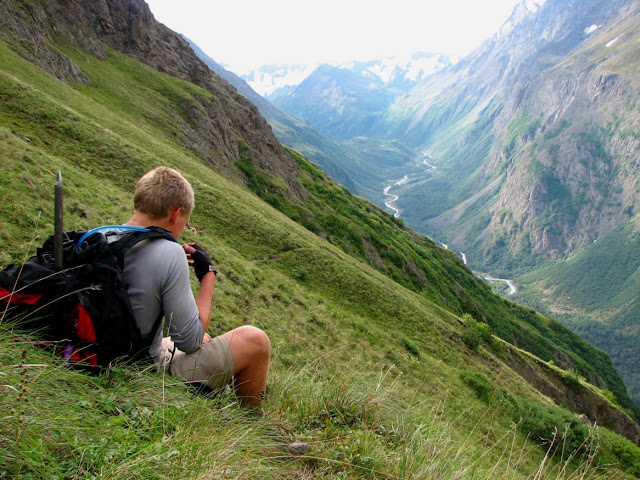 Bart is a few years older than me, but the years when I could climb to an overlook like this are long past me. The young man in the photo is Bart's nephew. They climbed up the backside of Eklutna Peak in the Chugach Mountains. Probably twenty miles of nearly straight up and down hiking. 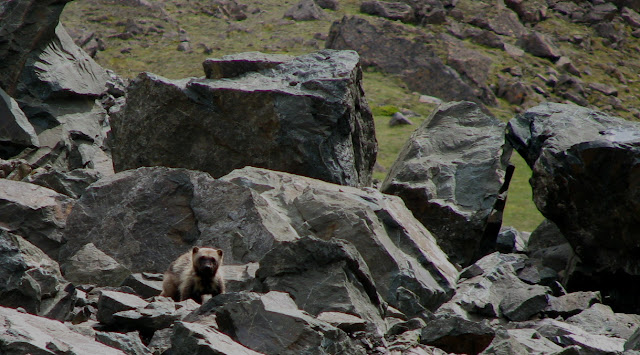 Near the top they spotted this Wolverine. A once in a lifetime sighting. 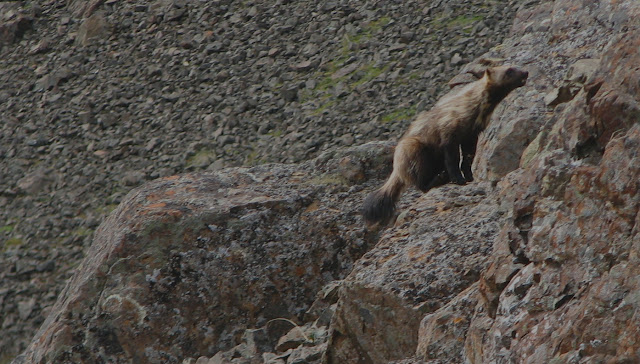 I can only dream about getting a photo like this. 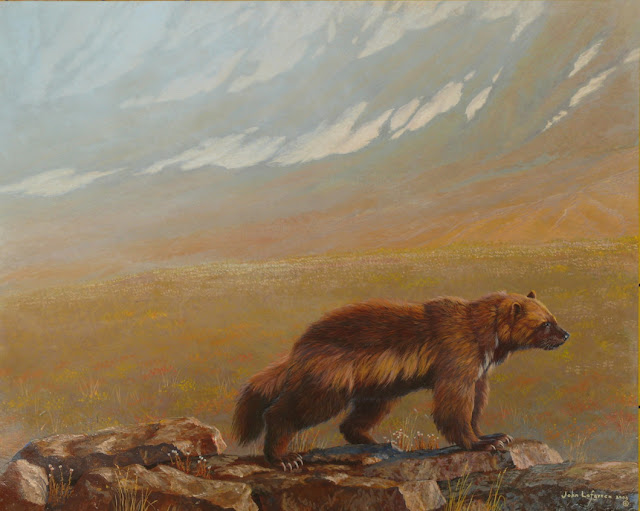 This is the 16x20" painting that was inspired by those photos. I traded this painting for a pair of Lieca binoculars. Liecas are the best quality binos that they make. 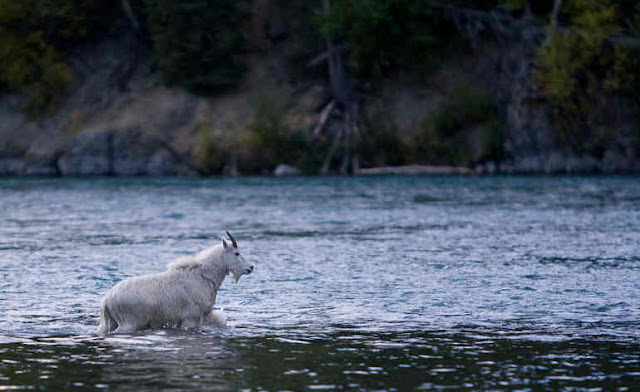 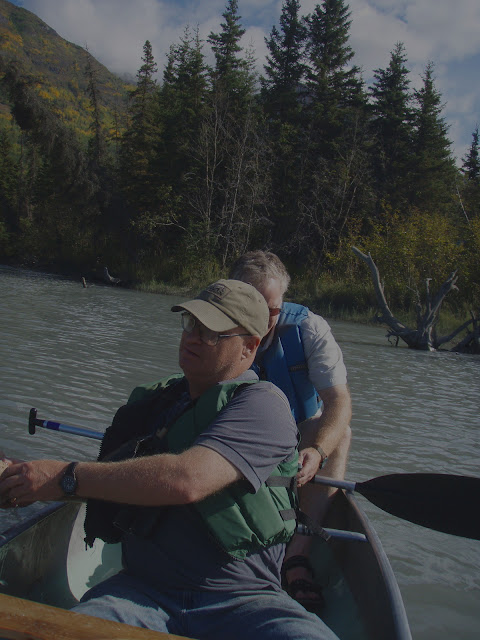 Bart's wife Sandy shot this photo of Bart and yours truly canoeing down the Eagle River. 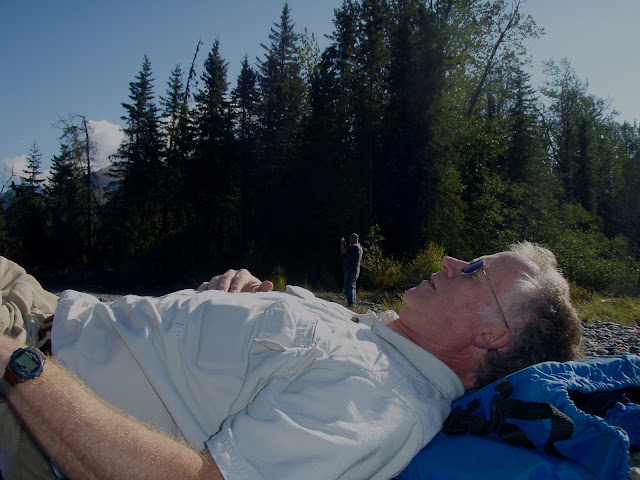 We stopped for lunch and Sandy shot this photo of bart taking a nap while I birded in the background. 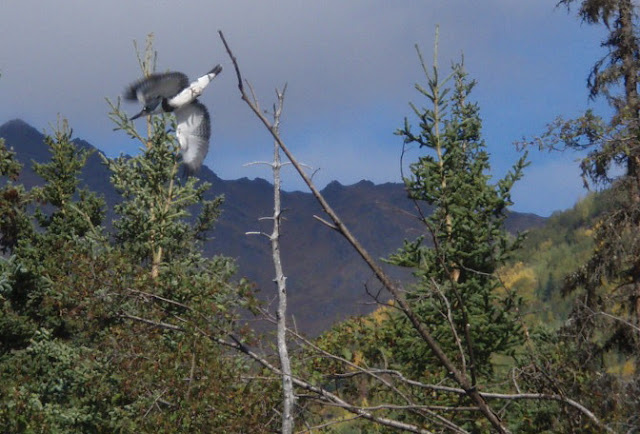 She also got this photo of a Belted Kingfisher just taking flight. 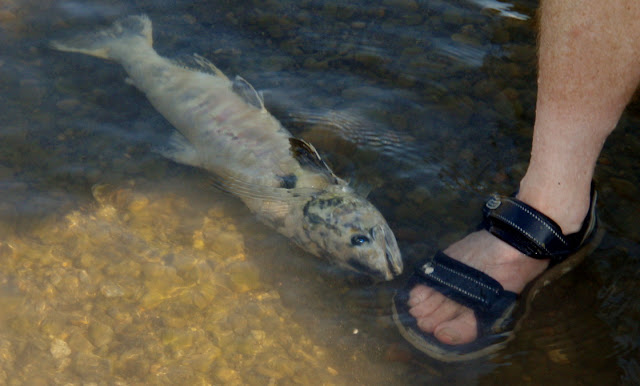 And this photo of a salmon drifting up to Bart's leg.
Posted by john at 10:08 PM

Oh thank you for these beautiful photos...your paintings are so wonderful....
To think you actually climbed like that...wow...
what a beautiful look at your place on earth....