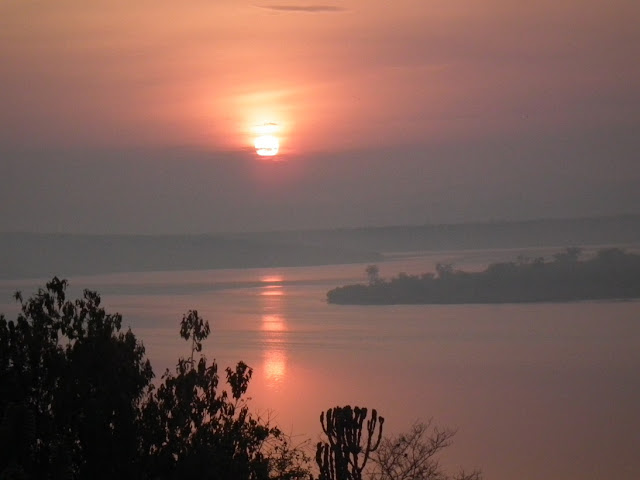 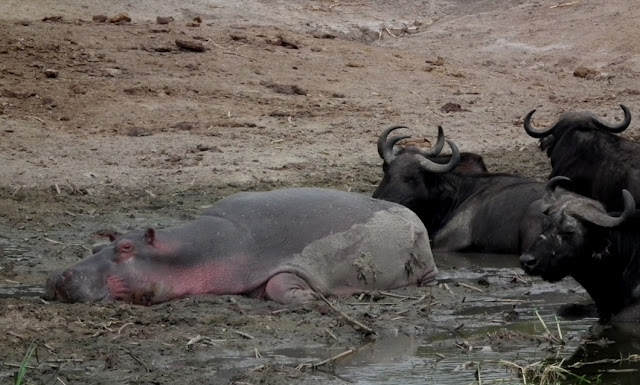 The Kazinga Channel is famous because of it's abundant wildlife. It is easier to approach many species from a boat than it is on land. Hippos and Cape Buffalo are the most abundant mammals that can be seen on the 3 hour tour. 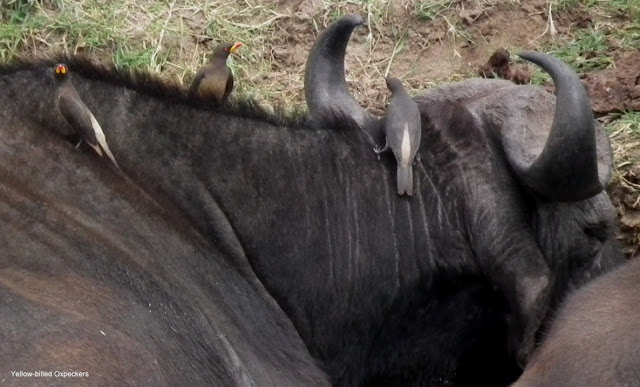 More interesting than mammals are the many birds as far as I'm concerned. These are Yellow-billed Oxpeckers. 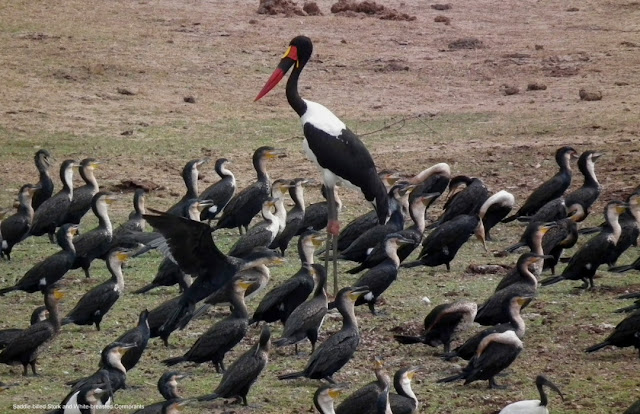 We saw good numbers of Saddle-billed Storks on this trip. They are large storks, amoung the biggest of birds. Only Maribou Storks are bigger storks. The smaller birds are White-breasted, (Great) Cormorants. 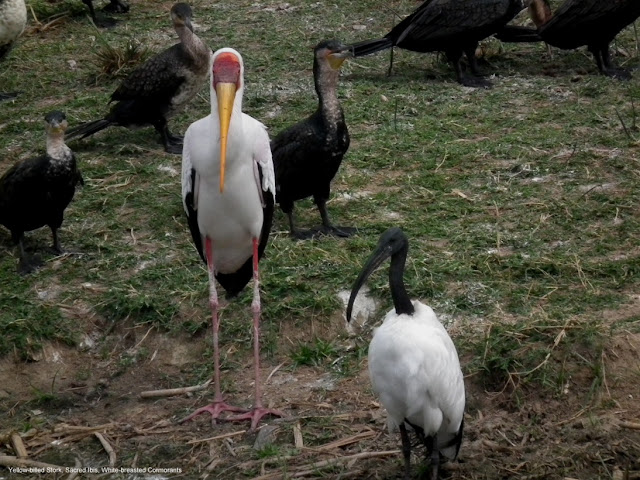 Another stork. Yellow-billed Stork. You can see by comparing it to the cormorants around it, that it is much smaller than the Saddle-billed Stork. The bird in the front is a Sacred Ibis. We saw thousands of them. 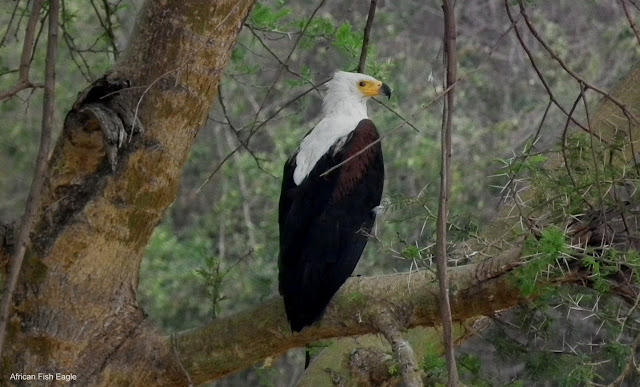 African Fish Eagles occupy a similar niche as Bald Eagles do around here in Alaska. They even look very similar. I was pleased with this close view of such an impressive bird. 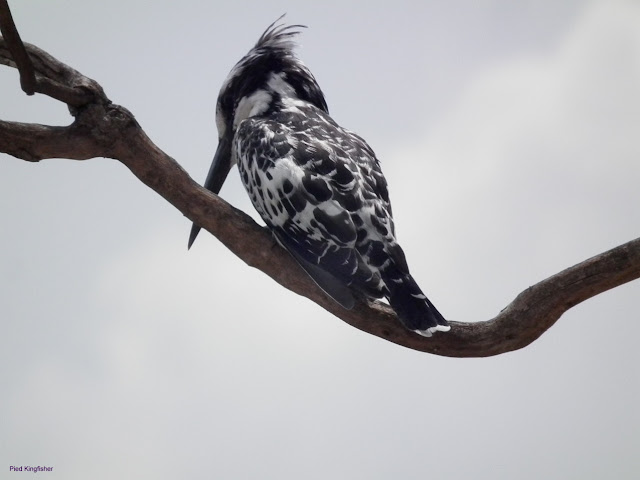 Talk about close views, I could almost reach out and touch this Pied Kingfisher. 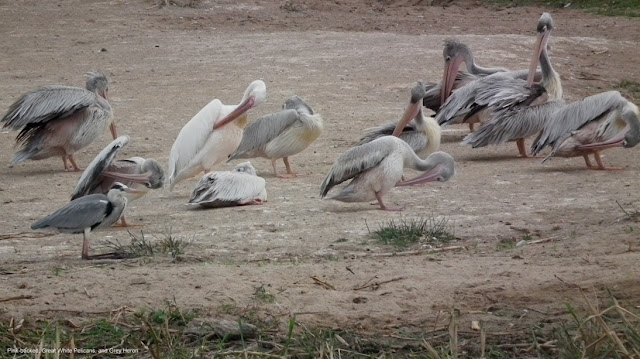 There are two species of pelicans in this photo. The white birds are Great White Pelicans, and the pale gray birds are Pink-backed Pelicans. Notice the resting Grey Heron on the left. That is a common pose for a stork, but I've never seen a heron sit back that way. 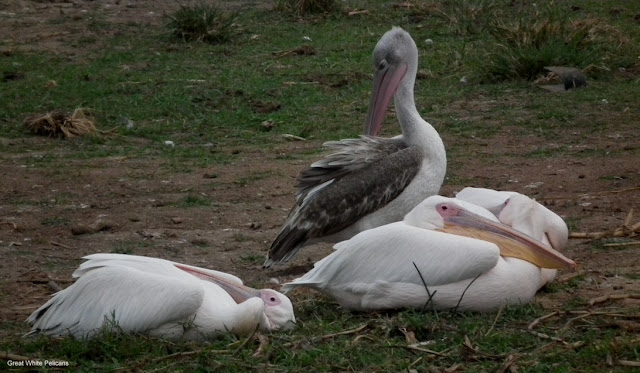 An immature Great White Pelican stands to preen while the adults lounge in various poses. 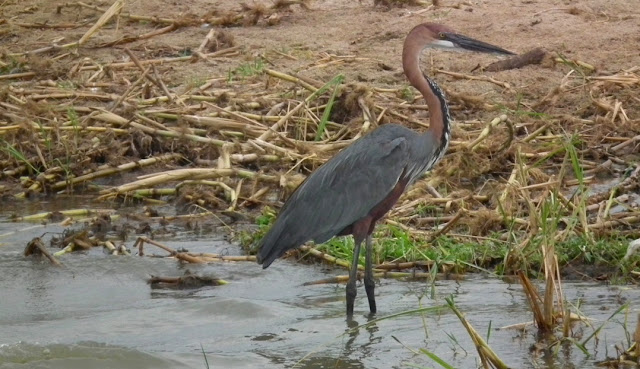 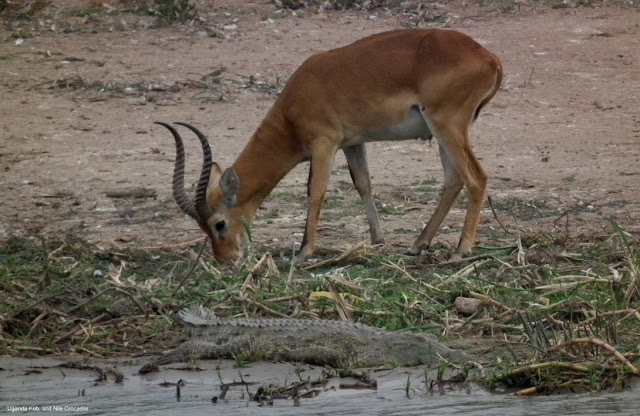 A Uganda Kob grazes calmly next to a Nile Crocadile that is too small to pose a threat. 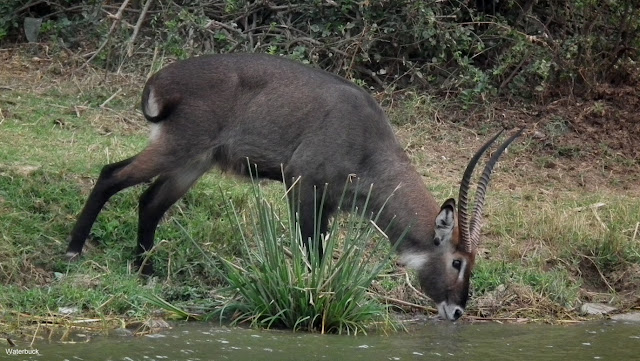 A Waterbuck cautiously sips water because it cant see the crocadile. The Waterbucks in South Africa looked quite a bit different than the Uganda version.

Not a crocadile, a Nile Monitor. Africa's biggest lizard can reach a length of about two meters, 6'+. 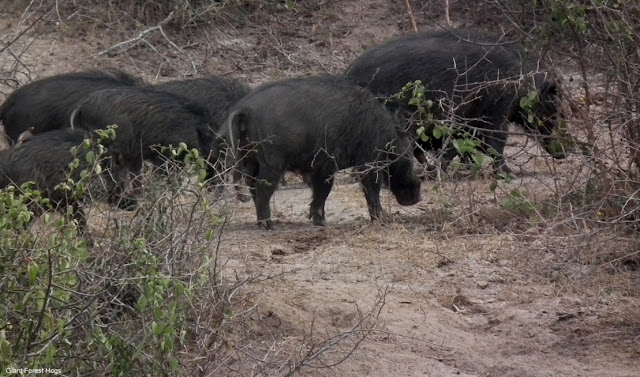 The rarest of the animals that we saw along the Kazinga Channel were these Giant Forest Hogs. The males resemble Wild Boars on sterrhoids. 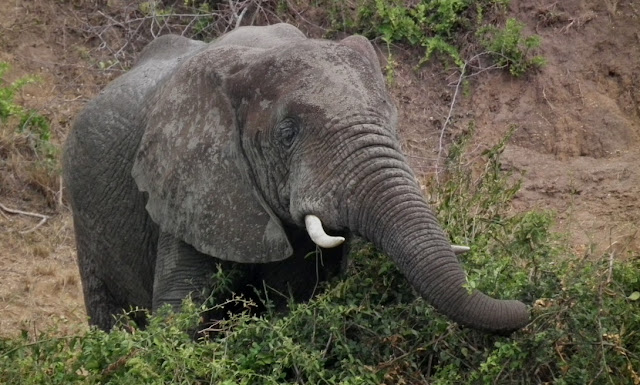 Kazinga Channel was where we first saw Elephants in Uganda. The skin on this elephant has the look of granite. It was a real thrill to observe wild elephants from such a close vantage point.
Posted by john at 9:51 PM

Finally have a chance to catch up on your travel-log. Absolutely fab! I was really studying the color transitions apparent especially on the sunbirds, wow. thanks for sharing, hugs!