We saw Cape Buffalo in almost all of the national parks that we visited but the largest herd was in Murchison. This photo shows only one section of it. 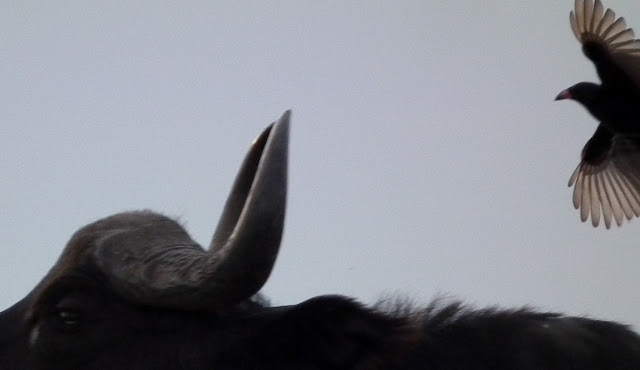 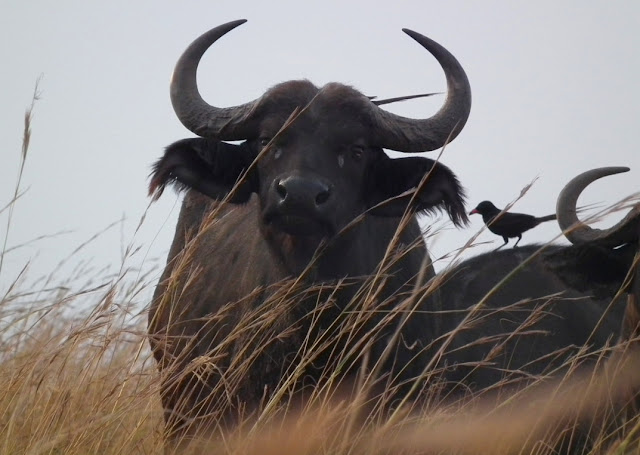 Someday I may use this photo for the basis of a painting. 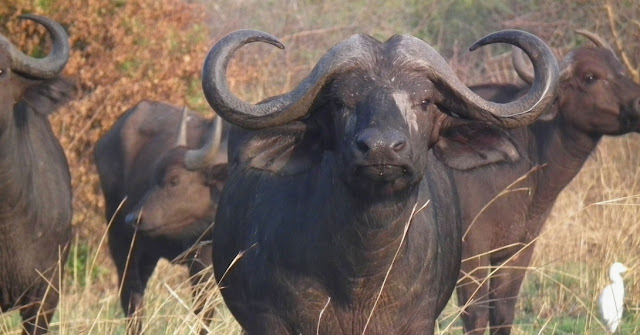 We sat in the car while buffalo surrounded us on all sides. I stayed in the car but wondered if getting out would have provoked either a stampede or a charge? Either way, it would have been the wrong thing for me to do. 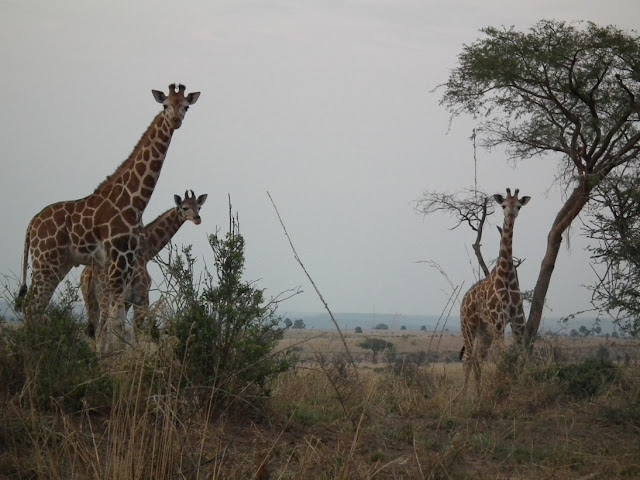 Murchison was the only place where we saw giraffes. There were a lot of them. 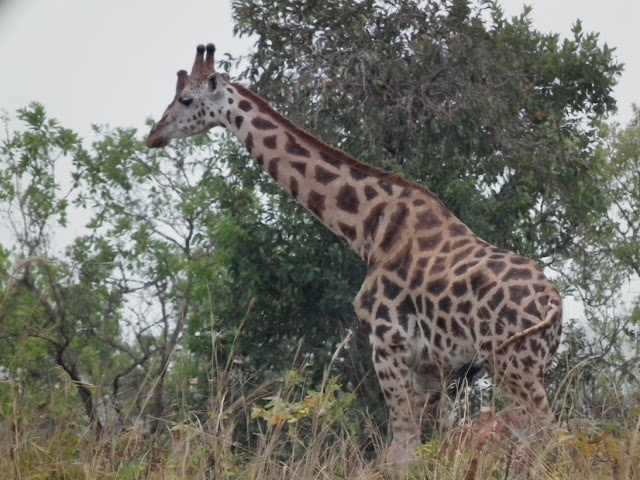 Younger giraffes, like this one, tend to be lighter in color. Older adults have darker coats. 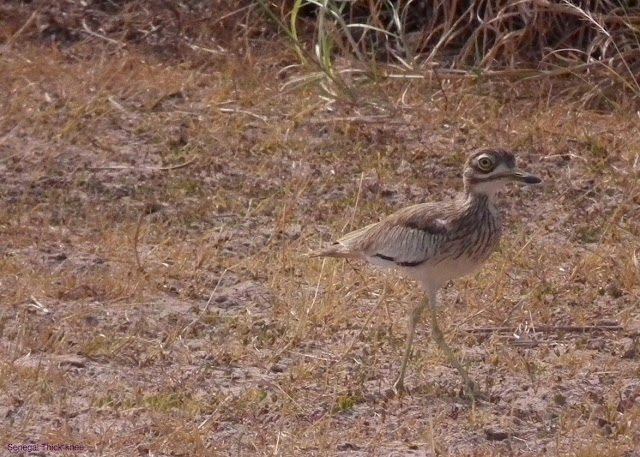 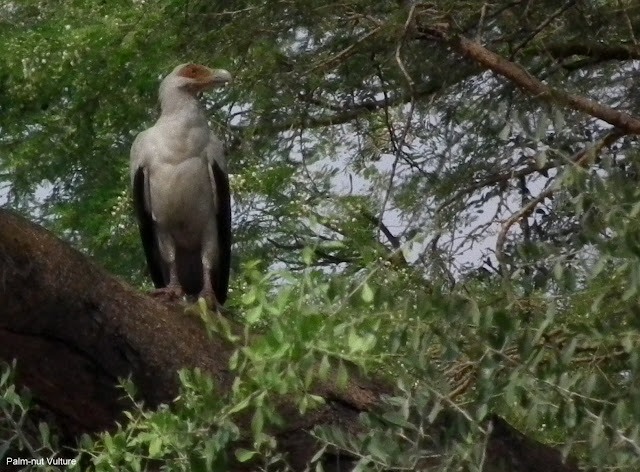 Here is something wierd, a vulture that looks like an eagle, but it's a vegetarian. That's not strictly true. Like many of the vegetarians I know, the Palm-nut Vulture will eat meat if the opportunity arrises. They eat mainly palm fruits and dead fish. 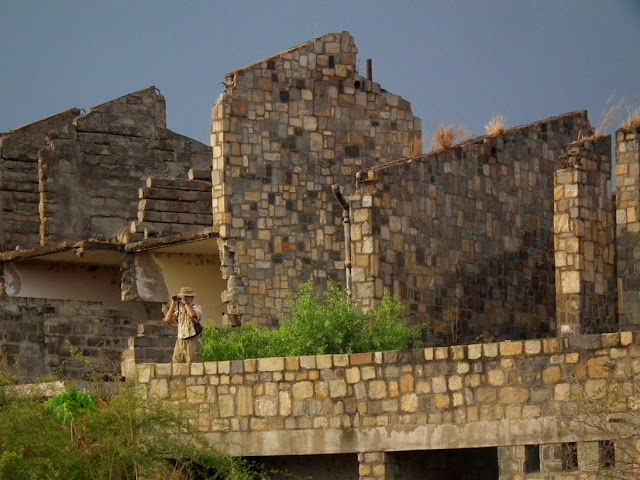 Tom checks out a Dark Chanting Goshawk from the ruins of a once great lodge. It was a large, world class resort built by Idi Amin in a great location in Murchison. During the war with Tanzania, it got sacked by rogue soldiers and has never been rebuilt. It is now the lair of leopards and owls, although we saw niether during our brief visit. 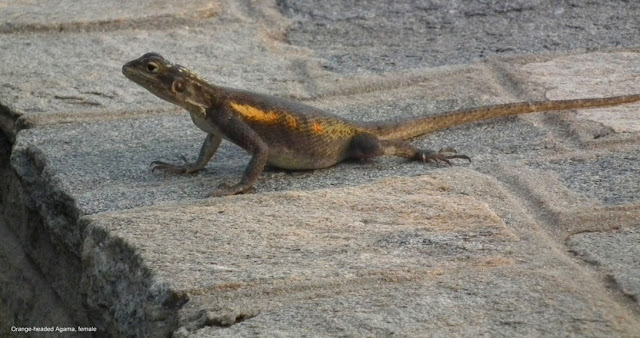 We did see many Orange-headed Agamas there. This is a gravid female. 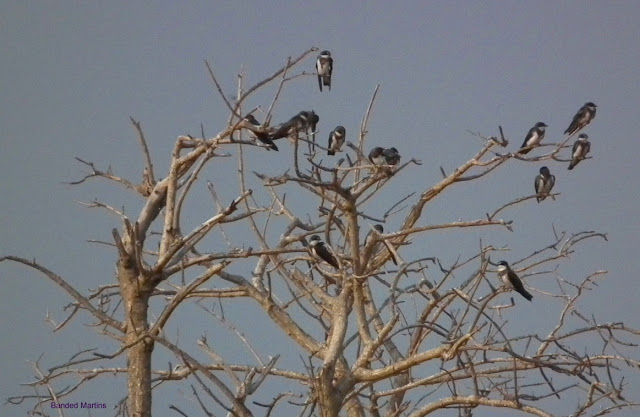 A flock of Banded Martins, (swallows) roosts in a small tree. I was guilty of paying little attention to swifts and swallows on this trip. There were too many other interesting things to see that distracted me most of the time.

A Common Sandpiper and a Lesser Jacana find interesting tidbits to pick at on this hippo's head. The hippo does not appear to mind. 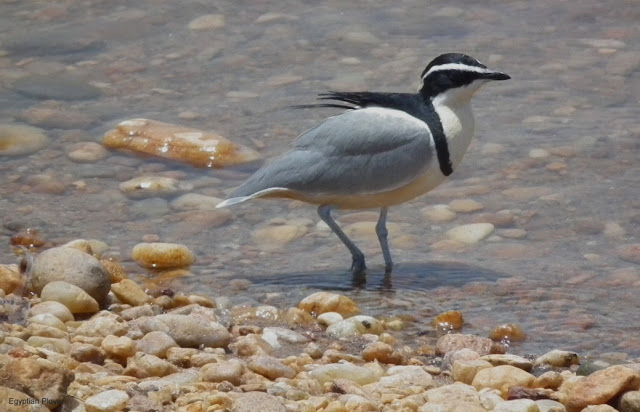 In the last post I showed a bad photo of an unexpected vagrant that we could not have dreamed of seeing, Short-toed Snake Eagle. We got lucky twice in Murchison when we saw this rarity. Egyptian Plovers are extinct in Egypt and just about everywhere else. The field guide shows them as an unusual visitor to one small spot in Uganda next to the Sudanese border.
We heard from two bird guides in Murchison that a pair had recently been seen next to the ferry dock on the Nile River. Everytime we were nearby, (several times daily) we made a detour to look for them with no luck.
As we were leaving on the last day we made one final swing past the ferry dock and there it was. Only one bird, but it was incredibly cooperative. We could'nt believe our luck. 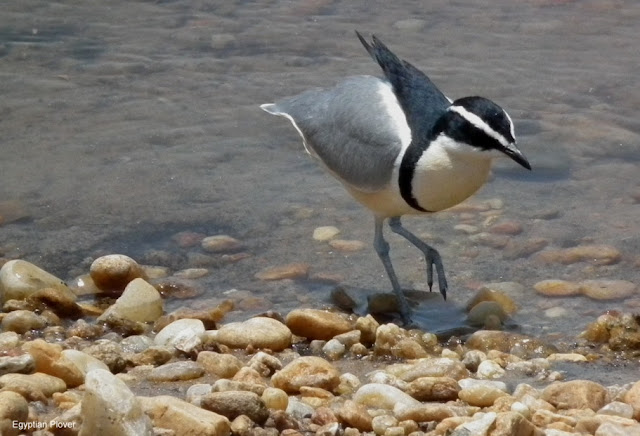 The Egyptian Plover wears a stiff, black cape on it's back.
What a wonderful way to cap off our visit to the best of the many great locations we explored in Uganda. But wait, I have saved some exciting goodies for my last post about our trip. You will just have to stay tuned for the grand finale.
Posted by john at 5:30 PM

Many trips to Murchison and I have yet to see the Egyptian Plover.
Lucky you!