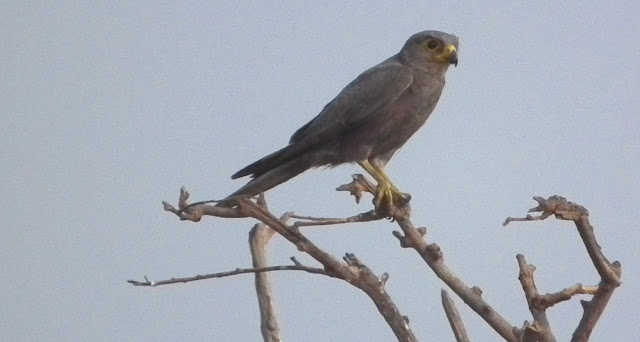 Grey Kestrels are uncommon birds in most parts of their range. They were easily seen in Murchison. They nest in the huge nests that Hammerkops make. 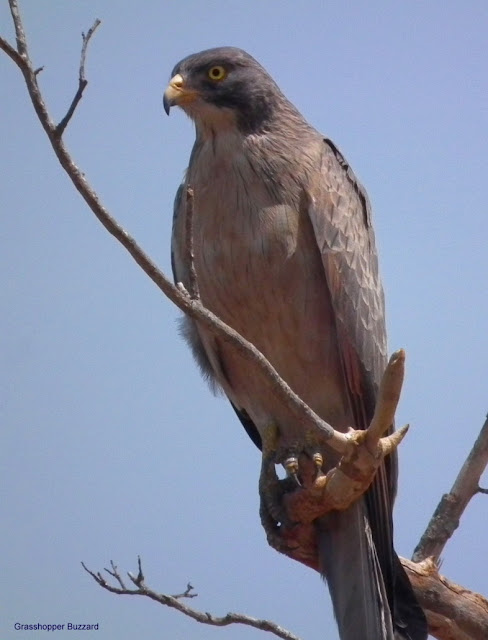 Grasshopper Buzzards winter in Uganda from further north. They are attracted to brushfires like kites, to hunt fleeing insects and other small critters. The birds we saw were also often easily approachable like kites. 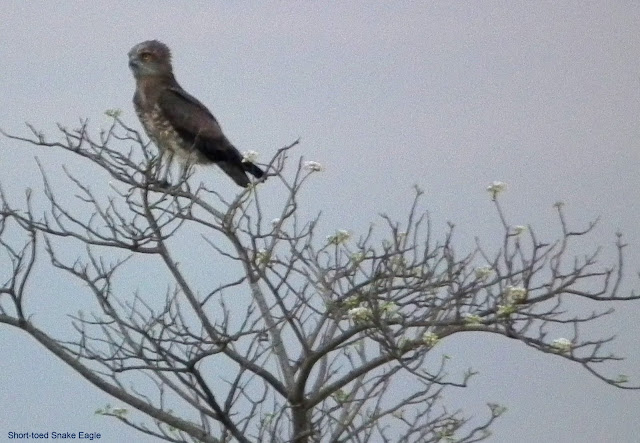 Although this is a bad photo, we never expected to see such a rare bird as a Short-toed Snake Eagle. It is considered a vagrant in Uganda, and is virtually absent from the rest of Africa. (Vagrant birds are even less frequently seen than rare birds as a general rule.) 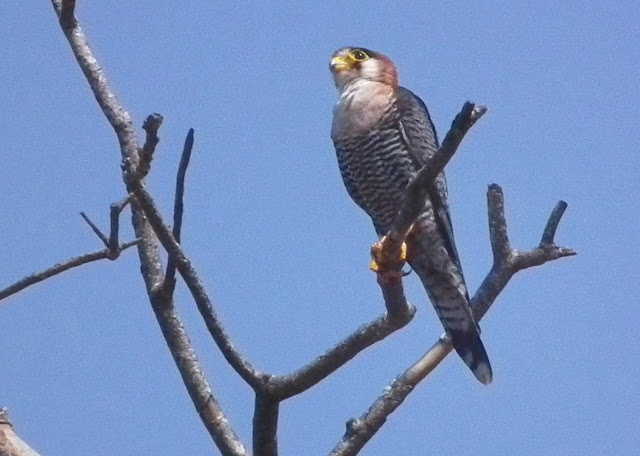 Another new one for me, Red-necked Falcon They like open country with palm trees, which is typical habitat in Murchison. 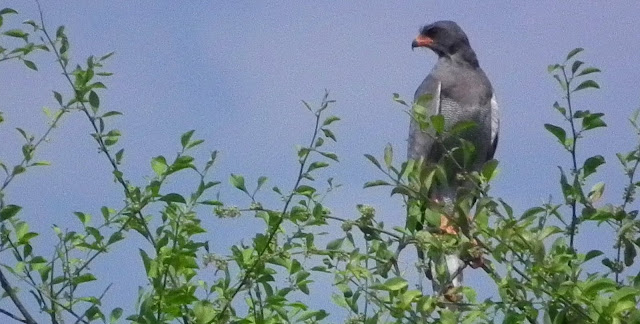 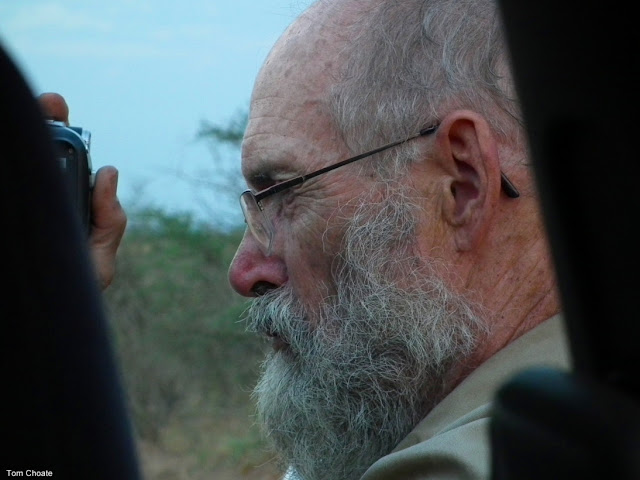 Tom brought a video camera and never noticed me take his picture as he shot video of a Yellow-winged Bat. Tom is 76 years old and is in better physical condition than I am. He has been an avid mountain climber all his adult life. 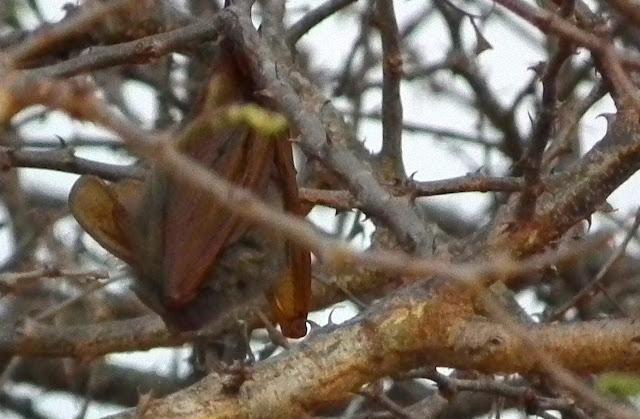 Yellow-winged Bats are large and semi-diurnal. They often roost in light shade, like in bushes. 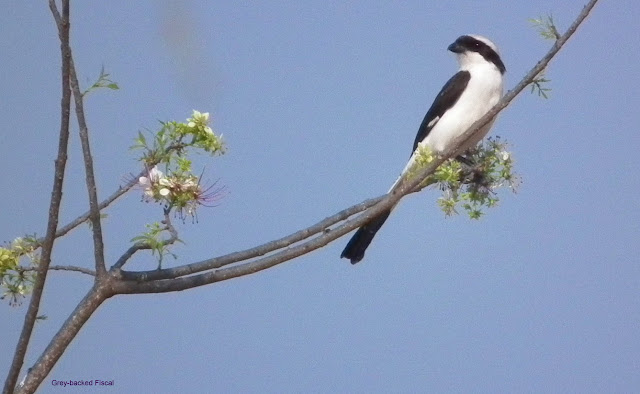 Besides raptors, Murchison had plenty of shrikes. Grey-backed Fiscal was the most common shrike we saw in Uganda. 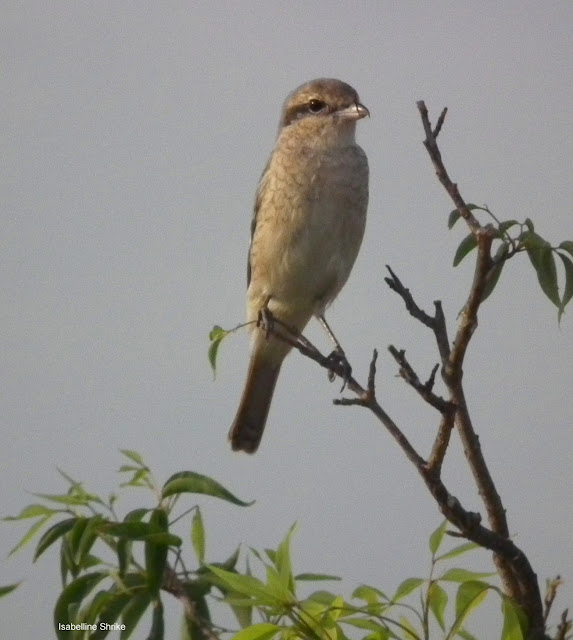 I think we only saw one Isabelline Shrike, another lifer. It is a close relative of the Red-backed Shrike, which we also saw in Murchison. 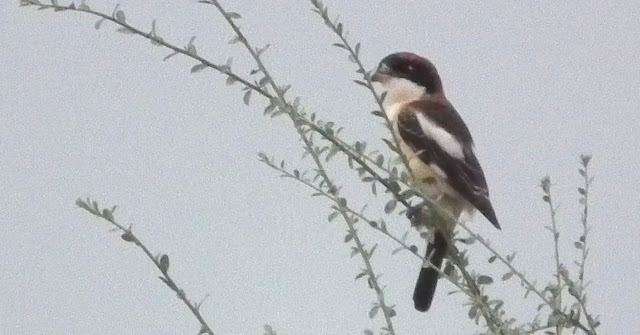 As I wrote in an earlier post, Africa is the epi-center of shrike diversity. An uncommon winter visitor, Woochat Shrike. We only saw this one bird. 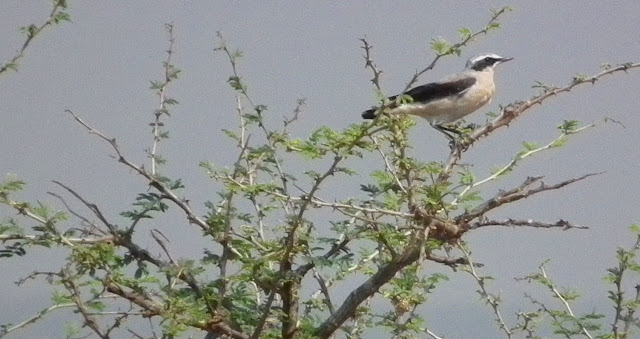 It looks a little like a shrike, but is unrelated, Northern Wheatear. They also occur here in Alaska, but they are hard to find. 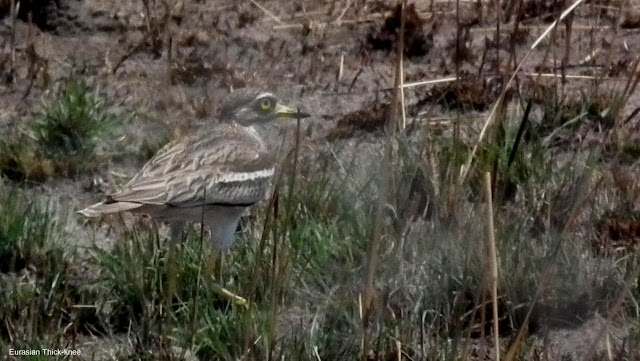 Another winter visitor from the north, Eurasian Thick-knee. It is also known as a Stone Curlew. 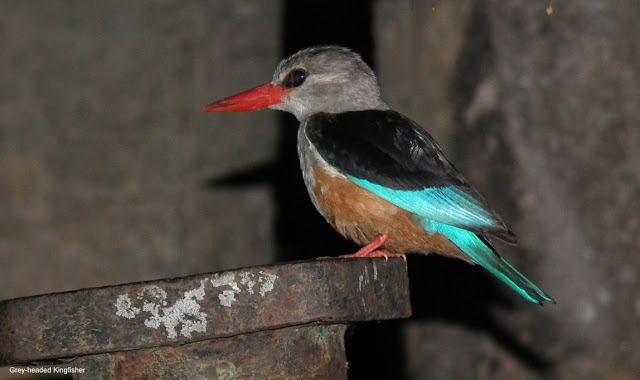 This Grey-headed Kingfisher was catching insects at night by a  lampost outside the employee's canteen at the park's headquarters.
Posted by john at 10:48 PM

So beautiful, the shrikes are amazing, Isabeline looks similar to shrikes we get here. I love those kingfisher colors. Thanks for sharing your safari adventures, Hugs, Teresa

Would you add your bat photo as a citizen-science observation to the AfriBats project on iNaturalist?:
http://www.inaturalist.org/projects/afribats

AfriBats will use your observations to better understand bat distributions and help protect bats in Africa.

Please locate your picture on the map as precisely as possible to maximise the scientific value of your records.