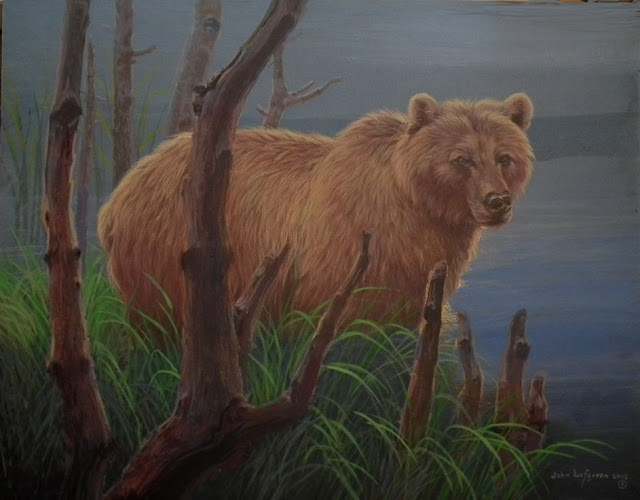 This is the latest painting, a blonde, Brown Bear, 11x14". This is another re-make of a painting originally painted in 2005. I disliked the first version so much that I never even photographed it. Something about the basic composition does not quite work. I did my best to fix that. 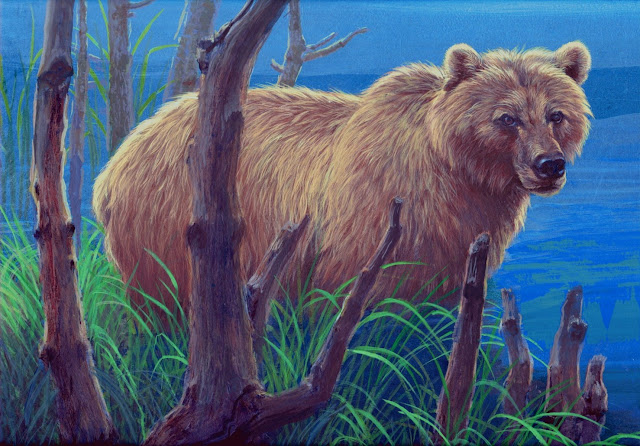 This is a scan of the painting, rather than a photo. I was trying to make the painting glow with the light of a slightly hazy day. The blue of the water is not quite as bright as what the scan recreated. 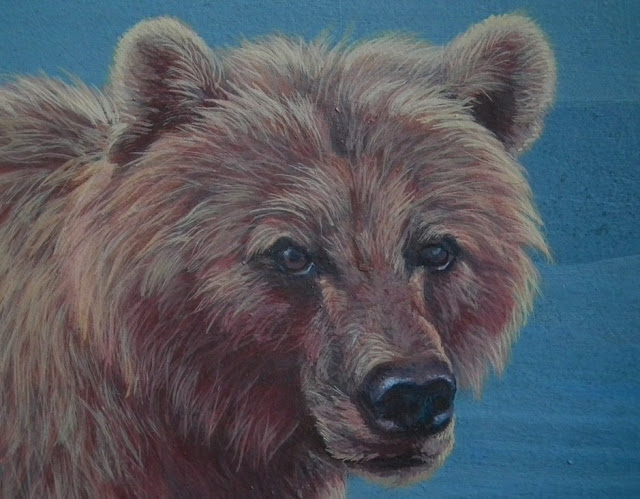 Once upon a time I painted with much tighter brush strokes. I can no longer constrain my brush in such a meticulous way. Remember that this photo is bigger than the actual head, which is only about an inch and a half wide in life. 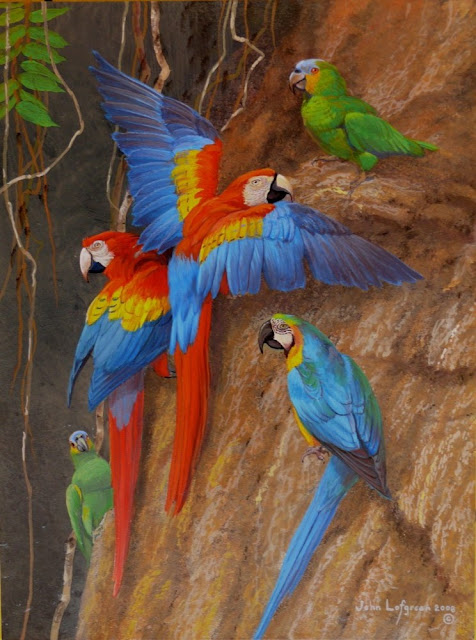 I'll flesh this post out with some older tropical paintings that I have posted before. This is a 12x9" painting of parrots visiting a clay lick in Peru. This was a very popular painting. 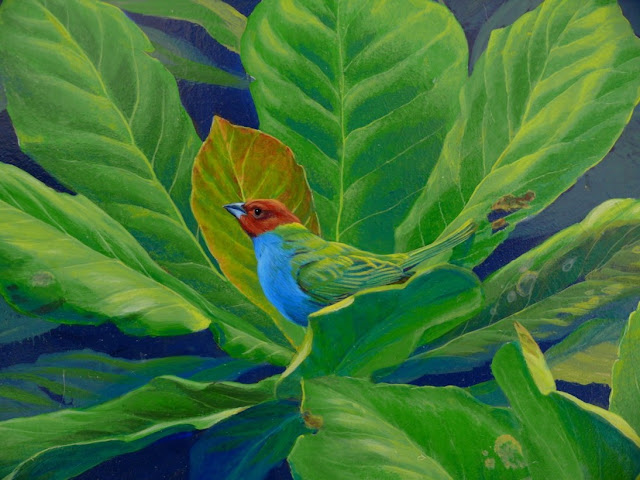 An 11x14" painting of a Bay-headed Tanager. I only wish this painting was as popular as the former.
Bay-headed Tanagers live in Central, and northern South America. In life, they are stunningly beautiful. This bird deserves a better effort on my part. 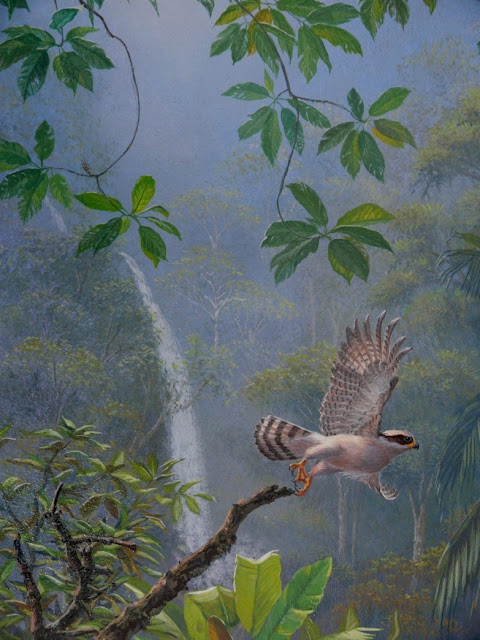 16 x12" Laughing Falcon. I really like the setting for this raptor, but the bird does'nt match the background. I especially messed up it's feet. It is set in Costa Rica, and I did see Laughing Falcons there. 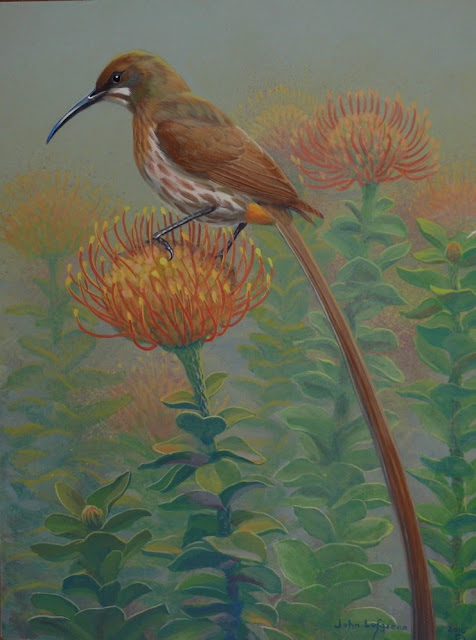 Leaving the Neotropics, this is a 10x8" Cape Sugarbird from South Africa. 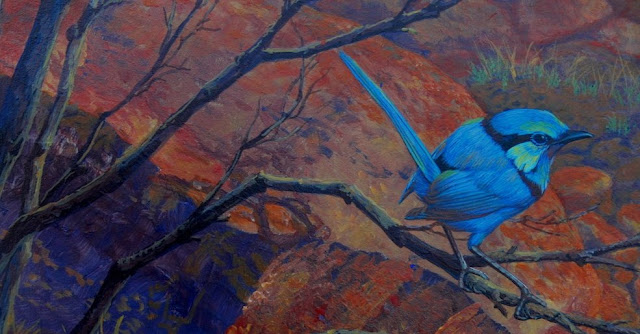 A Splendid Fairy Wren from down under. I seriously want to see one of these birds someday, hopefully soon.
Posted by john at 5:31 PM

Im watching your blog a specialy all of your paintings and everything what I can say sound:
" WOW!!!!, AMAZING, so realistic "

HUGE TALENT you have.