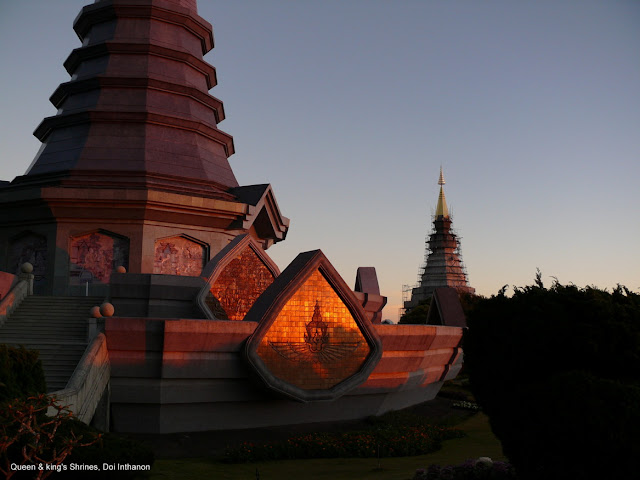 Doi Inthanon, near Chiang Mai, in the north of the country, is the highest mountain in Thailand, 2565 meters. These are shrines to the queen,(front), and king of Thailand. They are about three quarters of the way to the top. The royal couple are universally adored in Thailand. 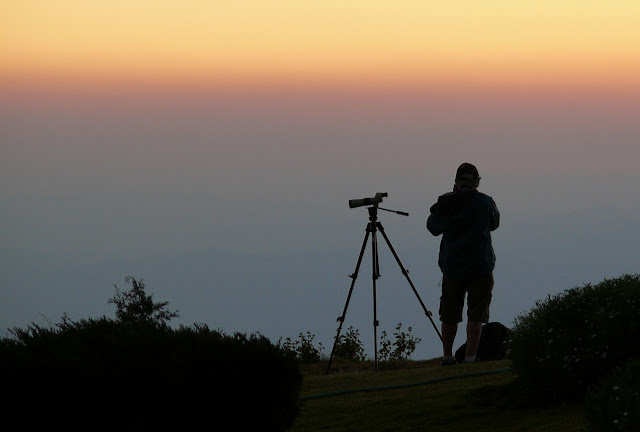 Gary peers out over the lowlands. 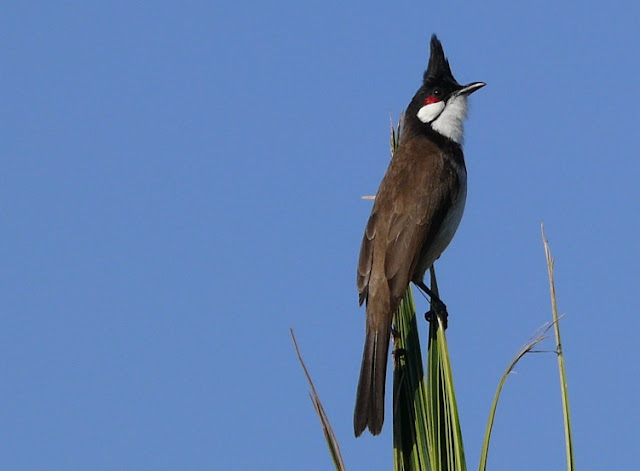 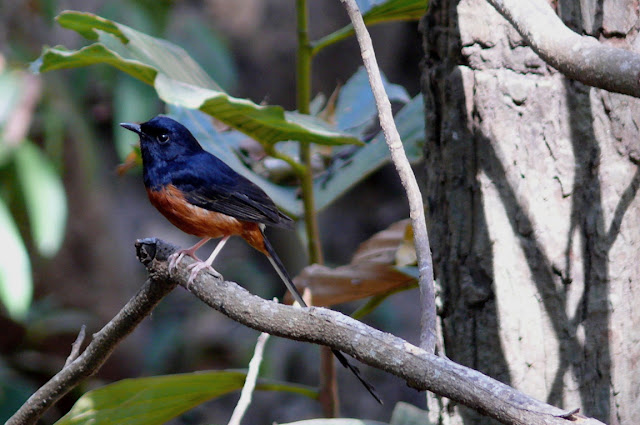 Another White-rumped Shama in Chiang Mai.. 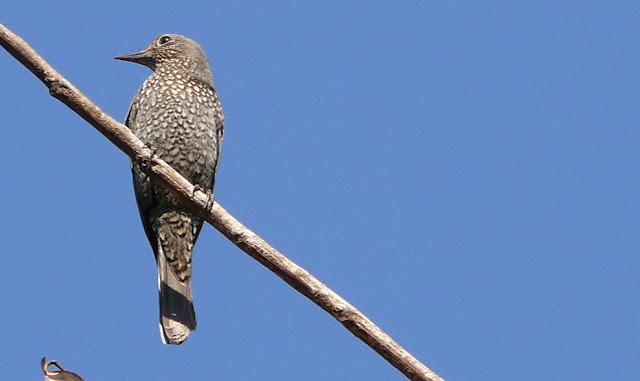 Female Blue Rock Thrushes lack any blue in their plummage. 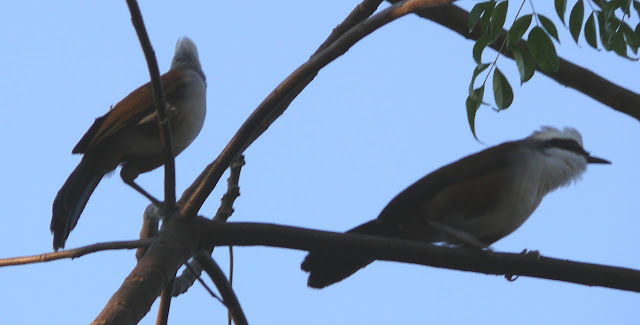 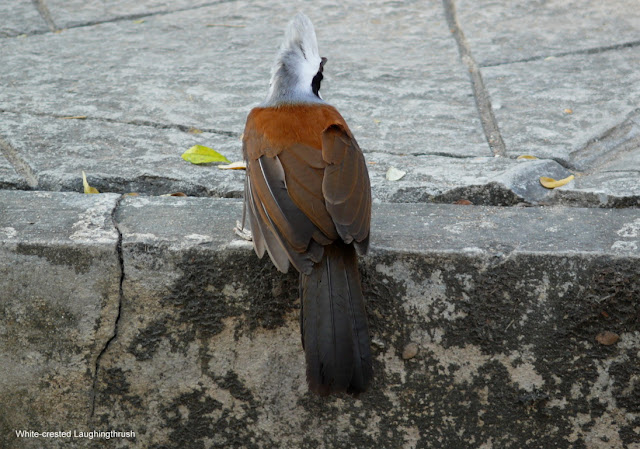 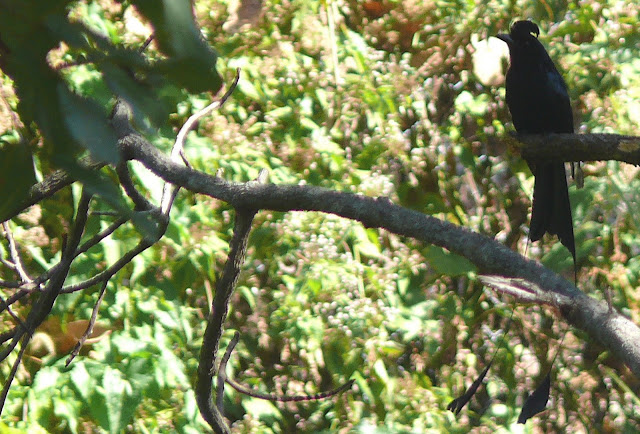 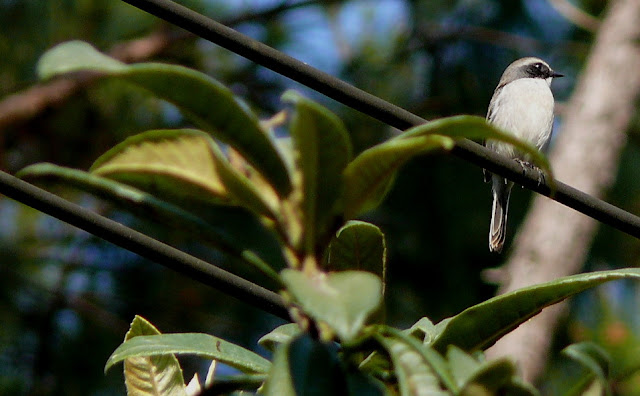 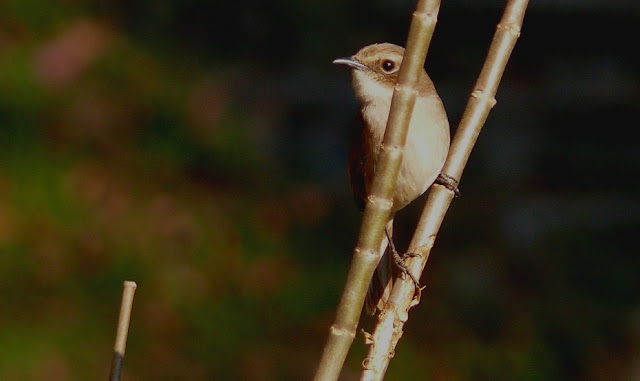 The female Grey Bushchat is brown. We saw a pair of Great Tits, (birds of course), next to the Bushchats, but they would not pose for a photo. 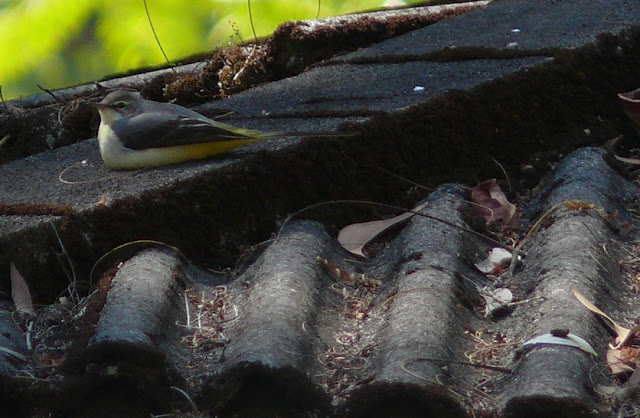 This Grey Wagtail sits on the roof of a picnic pavilion near the above birds. They were all at the bungalows halfway up the mountain. There were lots of good birds in the area. 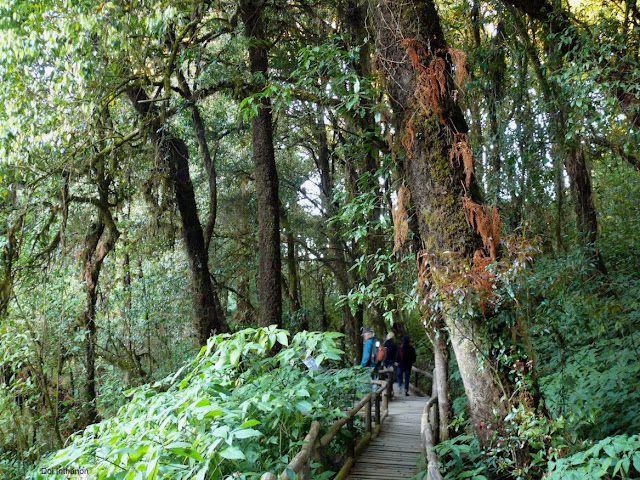 This is the habitat at the very top of Doi Inthanon. The Thai Government wisely built these boardwalks to preserve the fragile forest floor. The birds at the top are completely different than the birds found lower down. 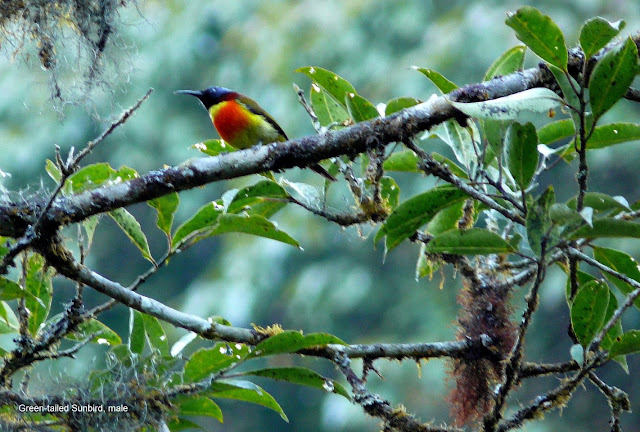 Green-tailed Sunbirds are one of the most colorful birds at the summit.

I was watching some Chestnut-crowned Laughingthrushes foraging at the top when they instantly dissapeared without a sound. I was certain a predator was nearby. 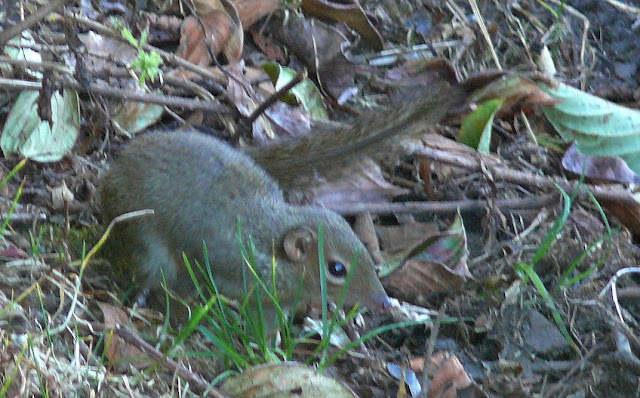 This squirrel soon made it's appearance. It was about the size of a Red Squirrel. Then I looked at it's pointed snout and realized it was not a squirrel at all. It was a Tree Shrew. These little predators are one of the oldest of all mammals. The were around with the dinosaurs.
Posted by john at 9:38 PM