Some Old Snags and a Wildscape

Northern Arizona contains the largest track of Ponderosa Pine trees. They can grow to 80+ feet tall. They are known to be very drought, and fire tolerant. The old trees typically have gnarled, and twisted limbs.

When they finally die, the standing trees are utilized my many wild creatures. 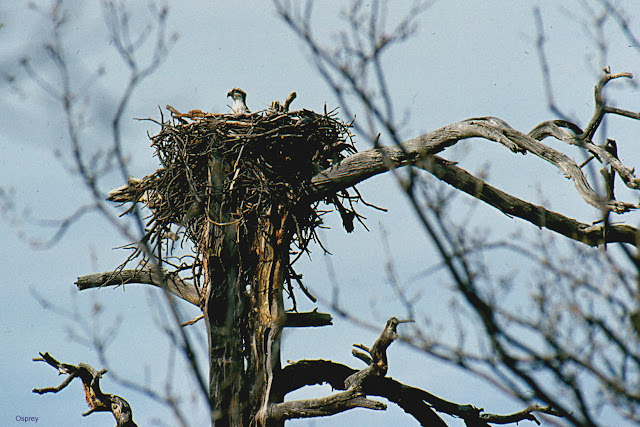 These photos are reproductions of old slides that I shot in the White Mountains of Arizona. This is the nest of a pair of Ospreys near my old home in Lakeside. The wind eventually blew the tree down, and the Ospreys moved on. 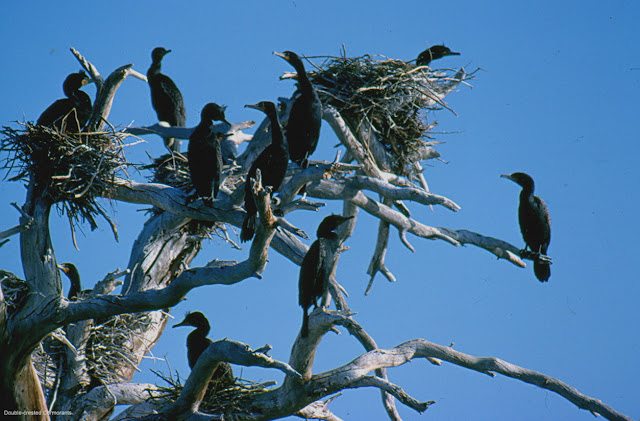 Near Lakeside is the small town of Show Low where my younger brother still lives. The city built several wetlands from reclaimed effluent. All cities should do the same.
Telephone Lake is one of those wetlands. As it grew to it's current size, it drowned a small number of large Ponderosa Pines. Sometime later, I got hired by the Forest Service to do bird surveys in the newly created wetlands, to determine what species, and how many birds were utilizing the wetlands.
One year a few Double-crested Cormorants nested in the pine skeletons. The next year 80+ pairs showed up to nest. 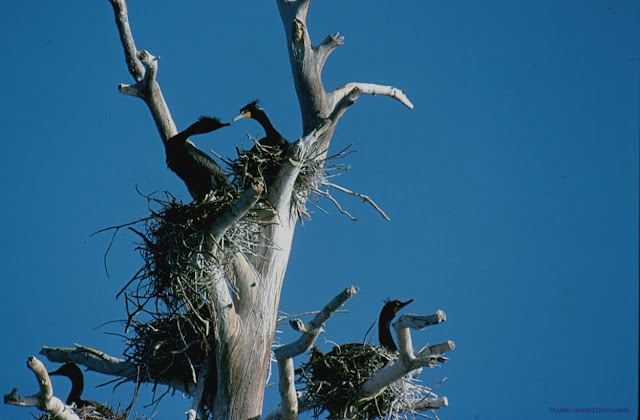 Double-crested Cormorants wear their namesake crests only for a short while in the early Spring. 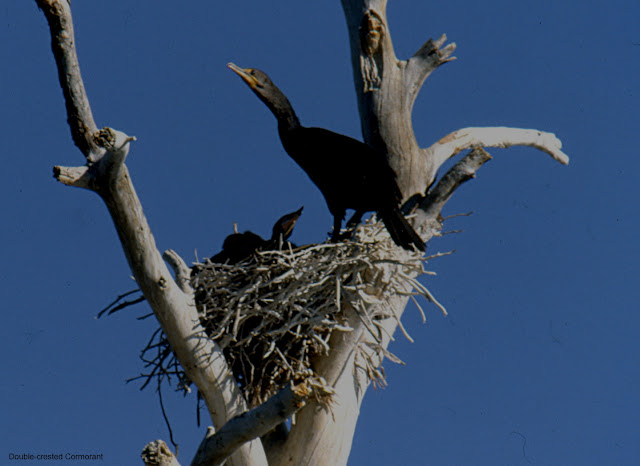 By the time the babies hatch, the crests are long gone. I have used these twisted limbs in several paintings. 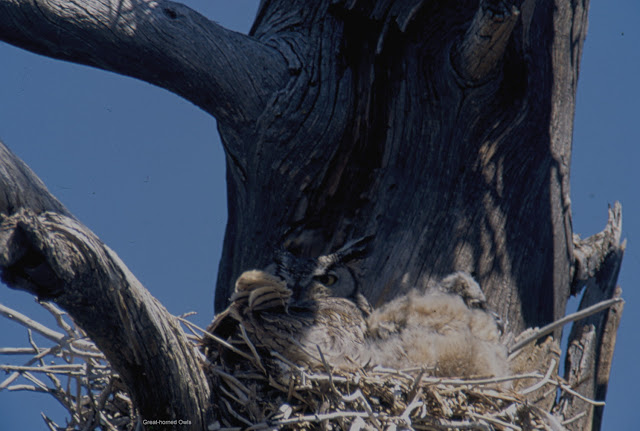 After a few years the cormorant population dropped when Great-horned Owls took over a nest, and no doubt freely preyed upon the cormorants. 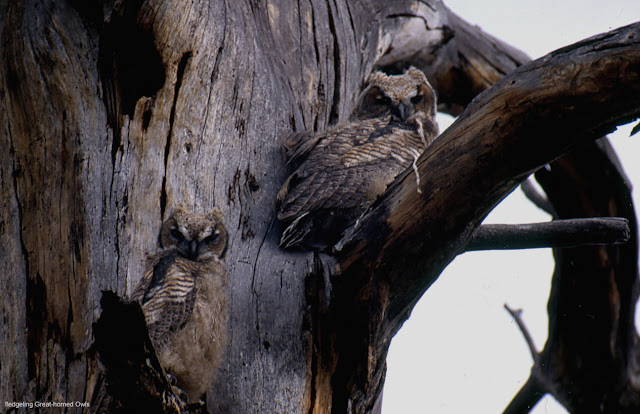 These fledgeling Great-horned Owls were at another lake in Lakeside, Scott's Reservior. There was a fisherman standing on the shore beneath this snag. He was no more than 8 ft from the owls, and asked me why I was taking so many photos of the tree? When I responded that I was taking pictures of the owls, he replied that he had been fishing there for an hour, and never noticed the owls. 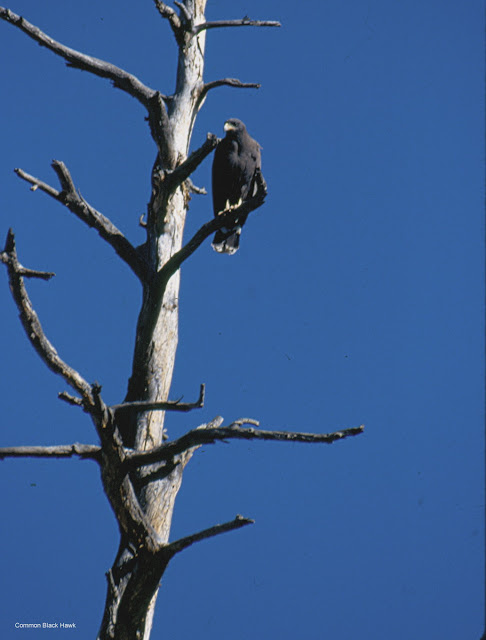 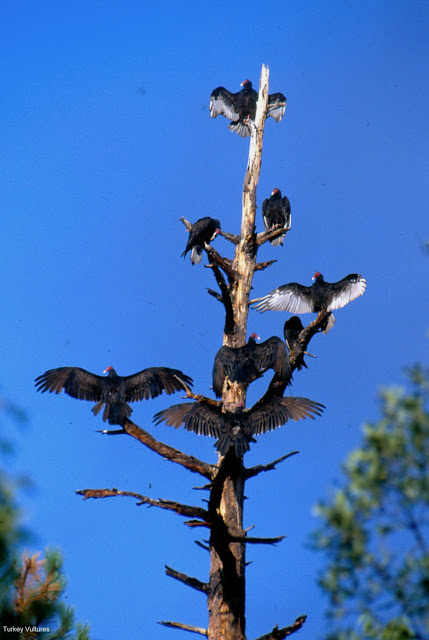 Turkey Vultures sun themselves at dawn. 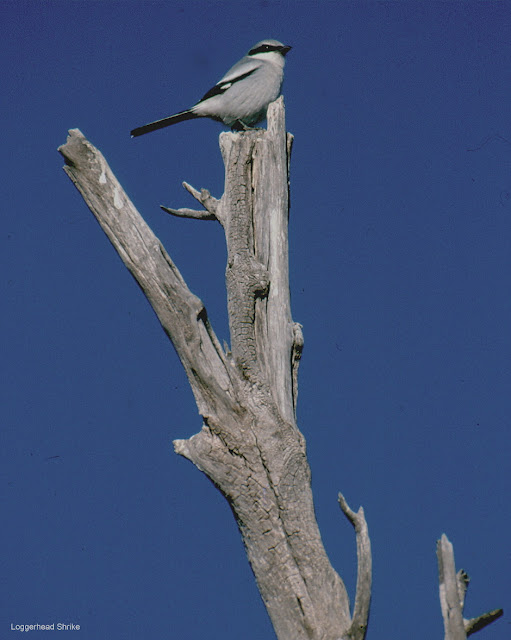 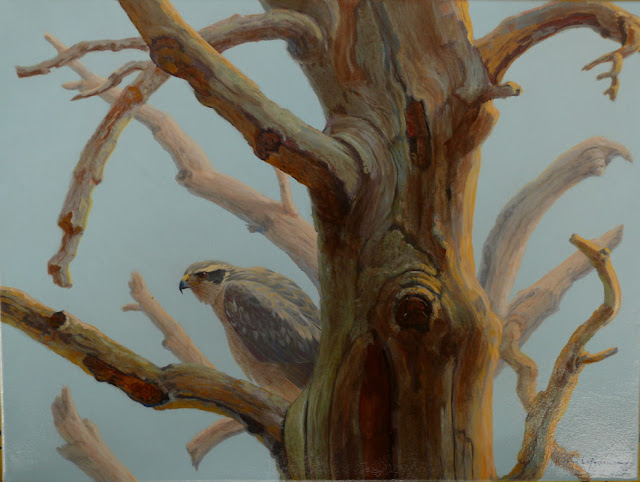 This is a painting inspired by the old snags. Grandfather Tree, 18x24" 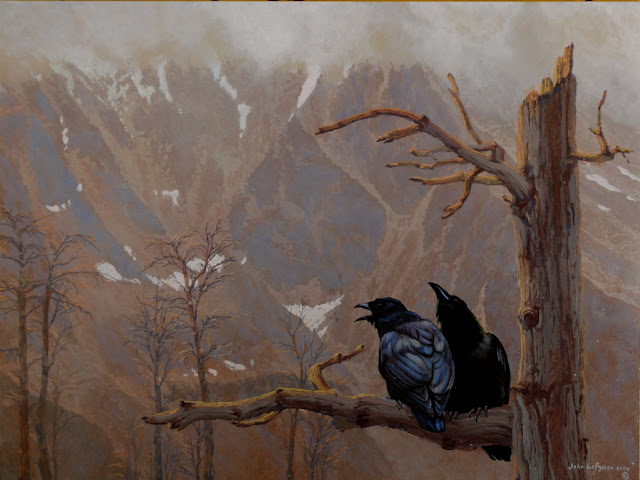 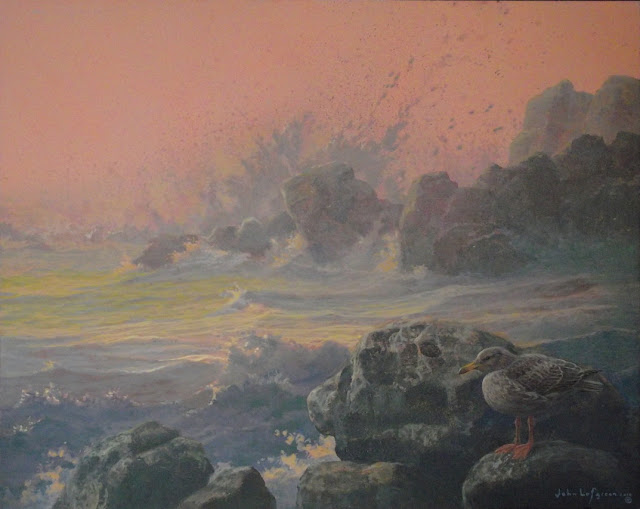 This has nothing to do with snags. I just finished this today, Wildscape, 16x20". It is named after the excellent British Wildlife Art magazine called Wildscape. The jury has not decided whether we like it or not. 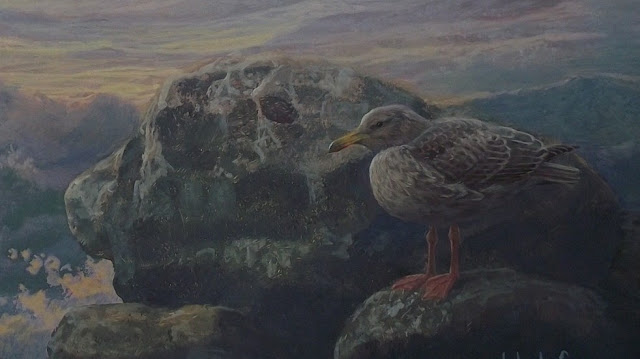