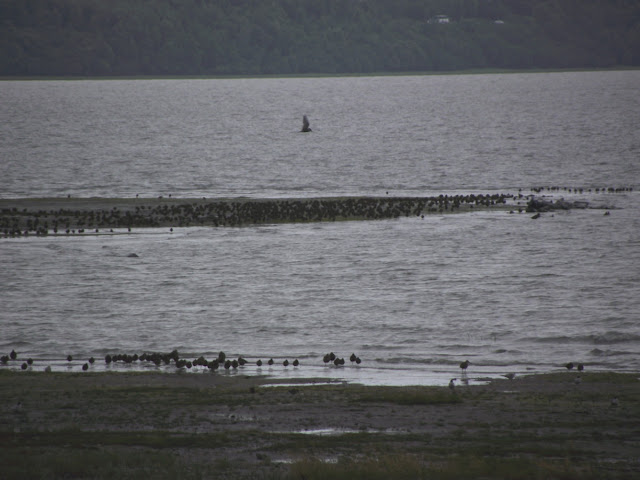 The weather lady said that today would start out cloudy, but become warm and sunny by the afternoon. So I decided to take the new camera to the Coastal Trail to see what I could find.

It was raining when I left Eagle River, but dry in Anchorage. I was pleased and surprized to find that there were more southbound shorebirds along the trail than I have ever seen before.

They were mostly Short-billed Dowitchers and Hudsonian Godwits. I also saw some Surfbirds, semipalmated Plovers, and the first Black Turnstone that I can remember seeing along the Coastal Trail. There were also some small peeps that were too far away to identify. 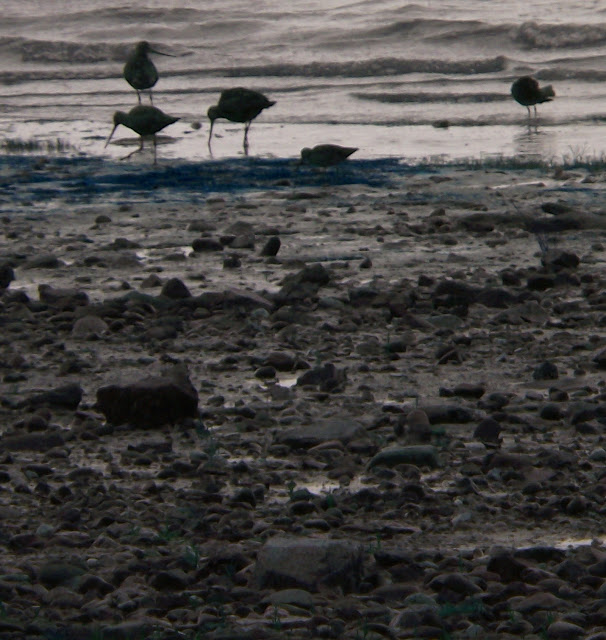 It's hard to identify these guys without a spotting scope. I don't carry one because it's too much to manage a camera and a scope at the same time. I think the uppermost bird is a godwit. the others are dowitchers, and the smallest is possibly a Surfbird, but I'm not sure. 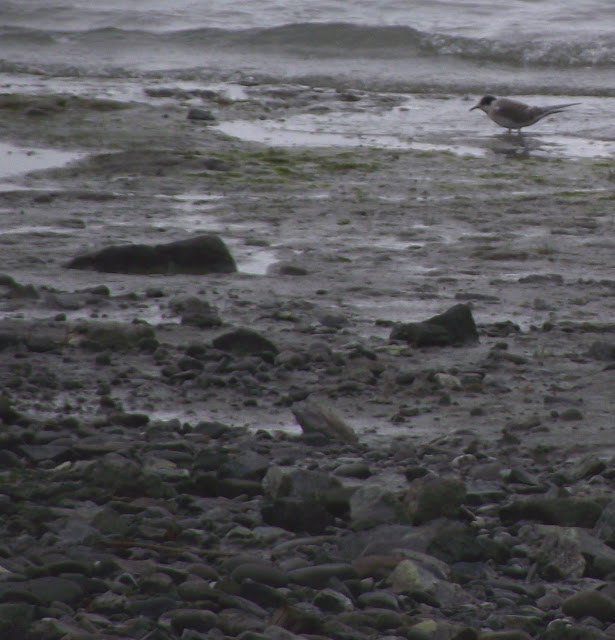 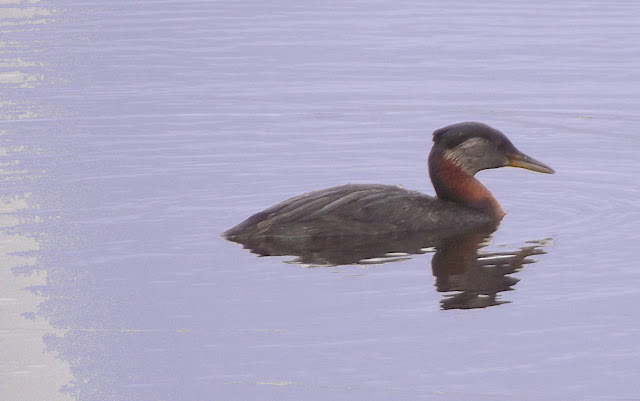 There are always plenty of Red-necked Grebes on Westchester Lagoon. 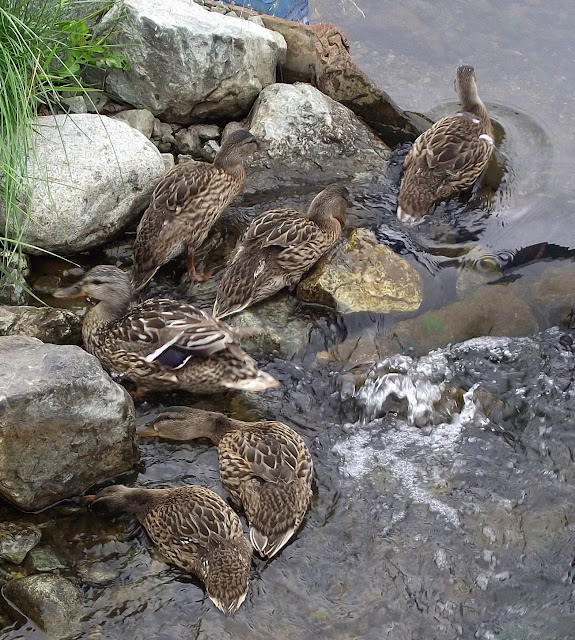 A moulting hen Mallard and her nearly grown brood. 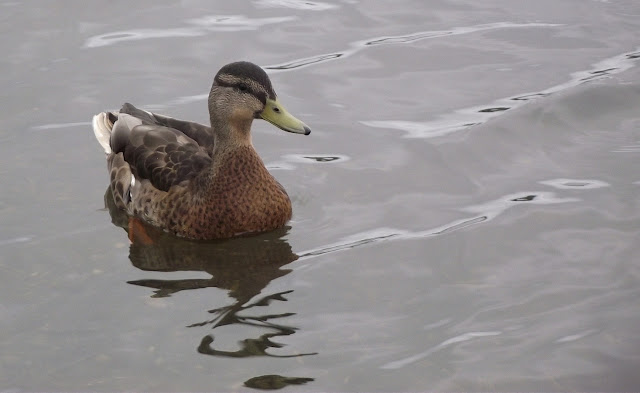 Ducks are flightless as they moult their feathers in late summer. That's what I thought until this eclypse plummage, drake Mallard took off like a rocket. It was'nt me that spooked it, but I never saw what did. Probably a raptor. 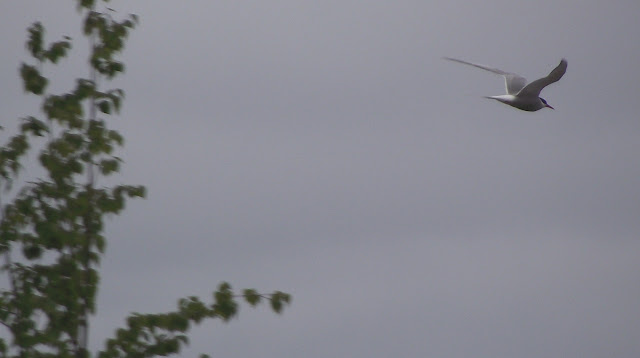 I tried to photograph Arctic Terns in flight, but the new camera is much too slow to react in time, and this is the best shot out of many attempts. 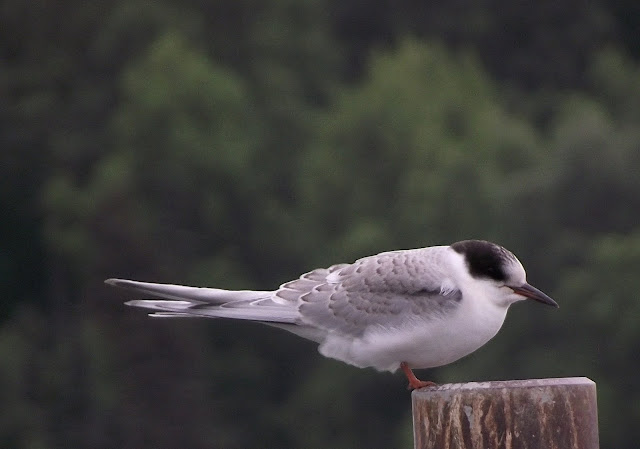 An exotic new tern species? Of course not, just a juvenile Arctic Tern.

If the new camera was'nt such a piece of junk, this would have been a great shot as the adult brings the young one a fish. The juv. tern tries to position the fish so it can be swallowed. 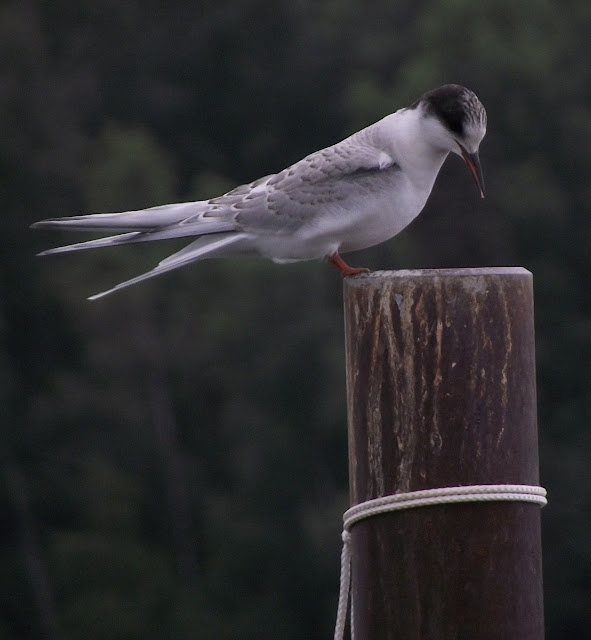 The fish gets away. 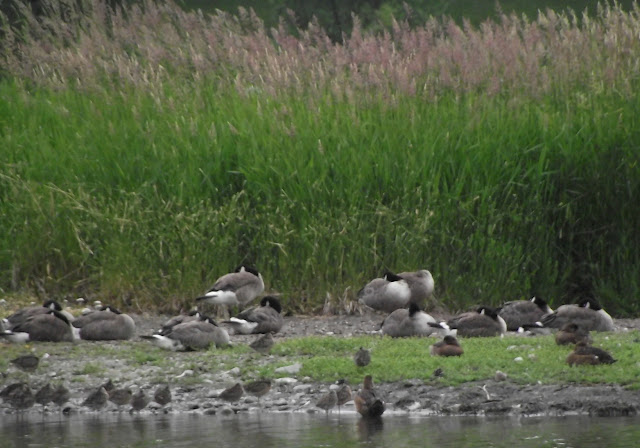 There were more dowitchers on Westchester Lagoon, along with various ducks and geese. 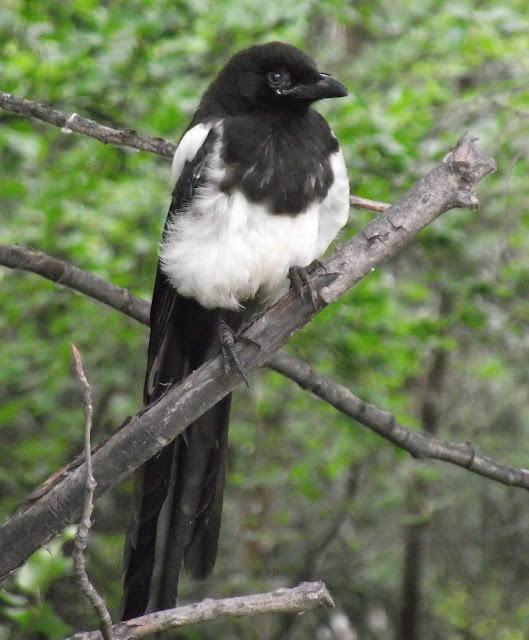 There are many fledgeling magpies all around here right now. The sun finally came out just as I was leaving. Tomorrow I will probably take the new camera white water rafting to see how it performs in those conditions.
Posted by john at 10:47 PM

Wow! I love the magpies. And don't you just love the pattern on the backs of the mallards?
Someday I will visit Alaska!
Kay

Unfortunately there are no bargains in Alaska, especially for visitors. When I travel out of state, I usually spend less money than I would spend if I stayed home.