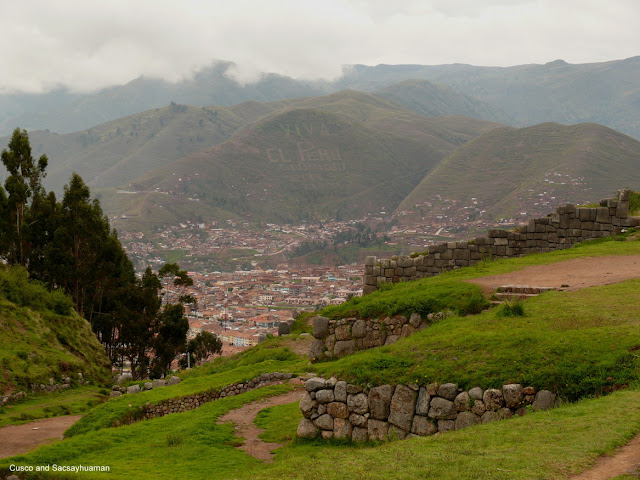 Cusco, Peru is the ancient capital of the Inca empire. It lies at about 11 or 12,000 ft in altitude. The place is cold, even in the summer, which is opposite the northern hemisphere's summer.

The fortress of Sacsayhuaman overlooks the city. It was the sight of a major battle where the Incas defeated the Spanish Conquistadors, who were led by Fransisco Pizarro. His brother was killed in the battle. 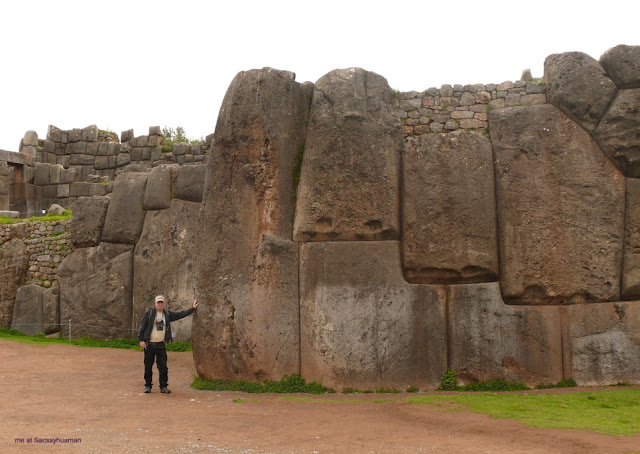 The Incas are famed for their precise stonework. This fortress was onse about twice the size that remains today. The Spanish colonists raided the fortress for a few centuries. Using the stones in many of Cusco's buildings. I could not get anyone to accompany me on this trip, from a year and a half ago, so I went by myself. It was a wonderful trip, but I really suffered from altitude sickness for the first week. 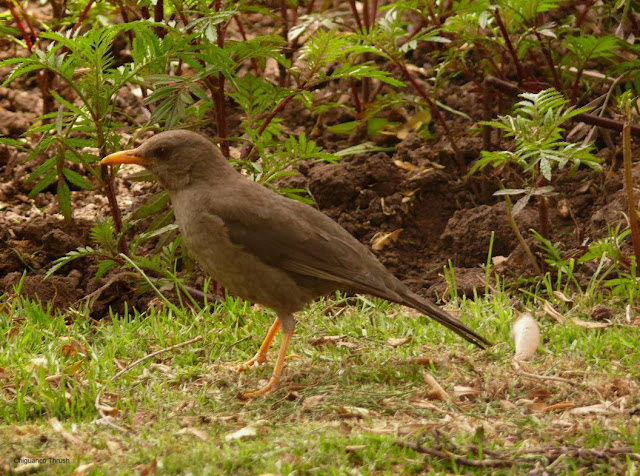 Chiguanco Thrush is a dull colored version of a Robin. 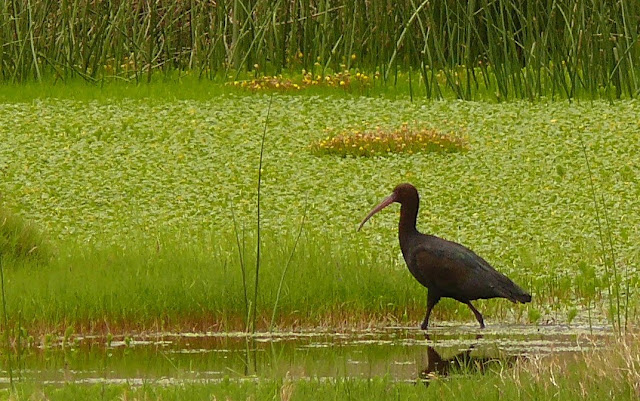 About 30 kilometers outside Cusco is a semi-famous wetland called Huacarpay Marsh. It is a good place to see Andean waterfowl like this Puna Ibis. It is most famous as the best place to find the Bearded Mountaineer, (hummingbird), which I missed. I did get Great Sapphirewing, and Giant Hummingbird. 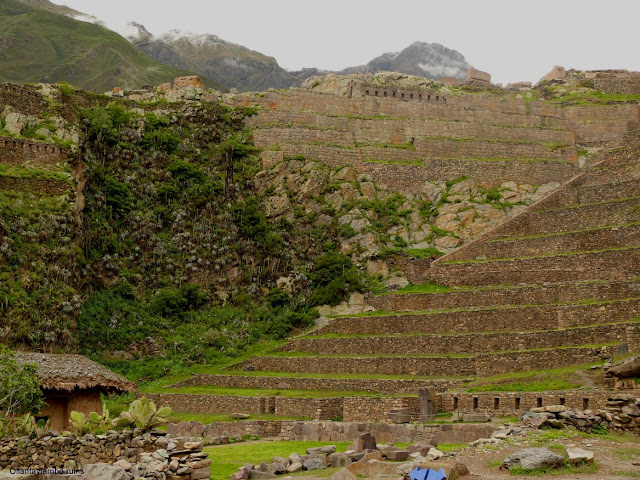 Another major battle was fought between the Spaniards and the Incas here in the fortress of Ollantaytambo. The Spaniards were almost annihilated, and Pizarro lost another brother in the battle. It shows the iron determination of the Spaniards that they never abandoned their conquest. I was too sick to climb to the top. 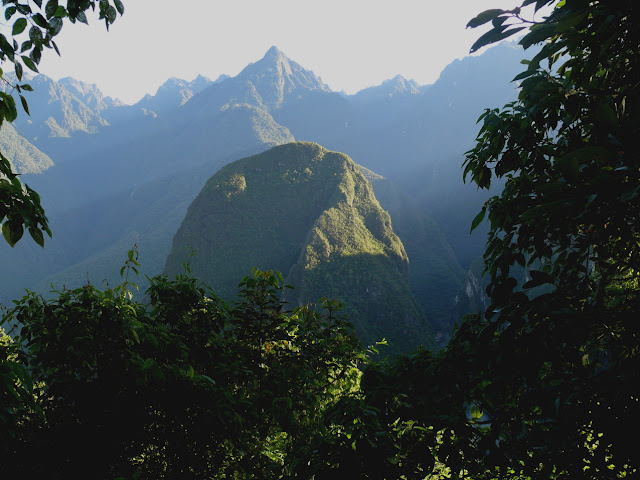 Heading toward Machu Picchu the terrian turns into cloud forest as the elevation drops to about 9000 ft. 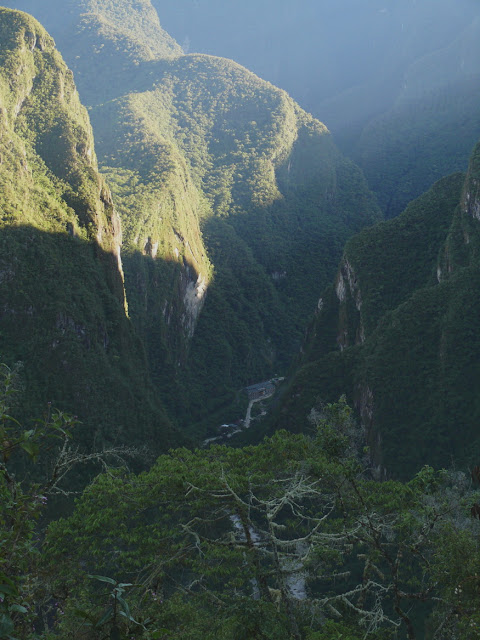 The rivers here are the headwaters to the Amazon. It is all very wet. 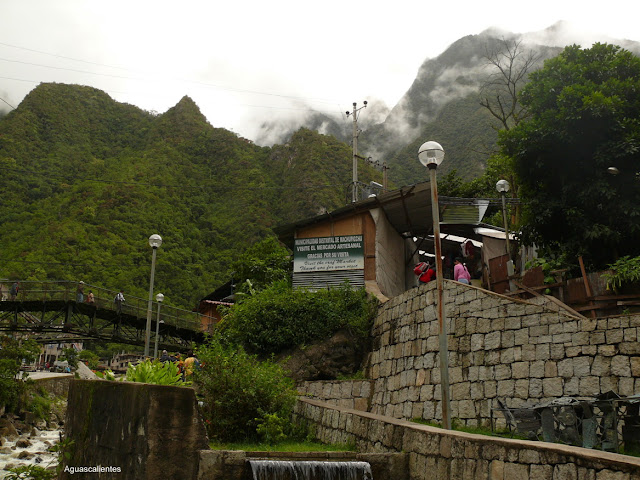 All the tourists stay at the tiny gateway town to Machu Picchu, called Aguascalientes. There is hardly a flat spot in the whole area. The local men are superb soccer players. 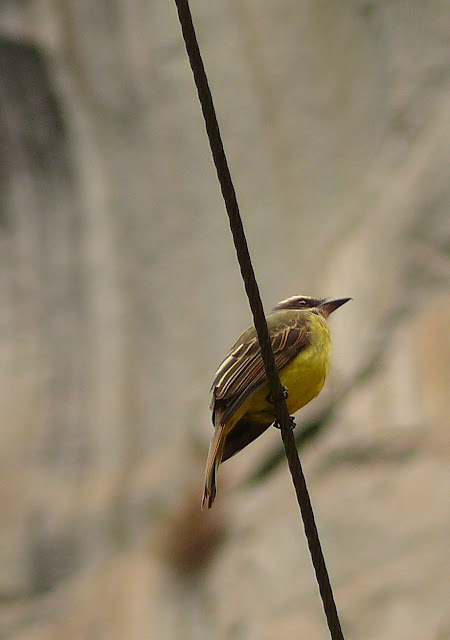 A common bird in the area is the Golden-crowned Flycatcher. 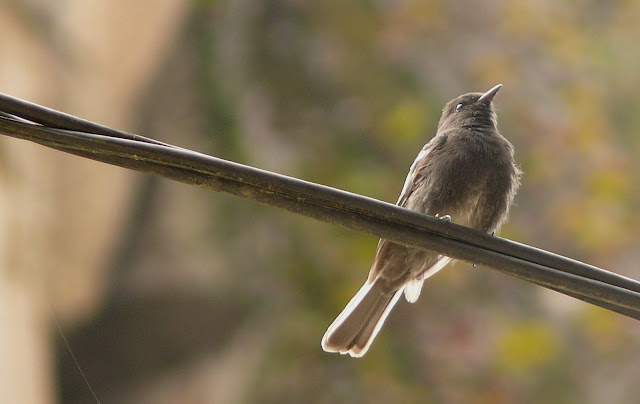 The Black Phoebe ranges all the way up to the Southwestern United States. 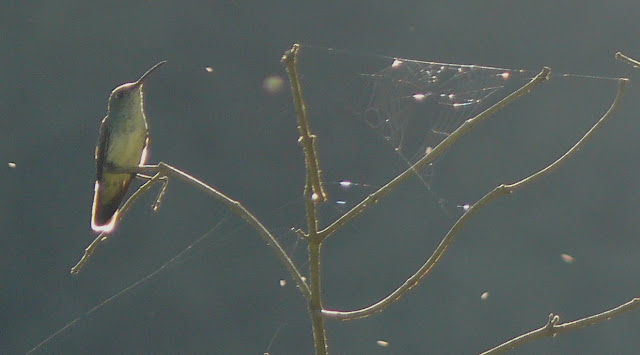 The non-descript Green and White Hummingbird is endemic to the Peruvian cloud forest. This individual was snatching gnats around this spiderweb. 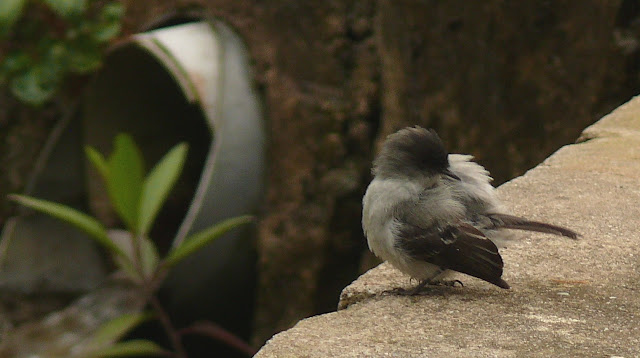 My favorite birds around Aguascalientes were the friendly Torrent Tyrannulets.

The morning that I visited Machu Picchu was the first day in a week that I started to feel better. It was the first time in a week that I was able to keep down more than a few bites of food. I was too weak to clamber around the ruins, so I had to be content to photograph it from the road. At least I avoided the $50.oo entry fee. 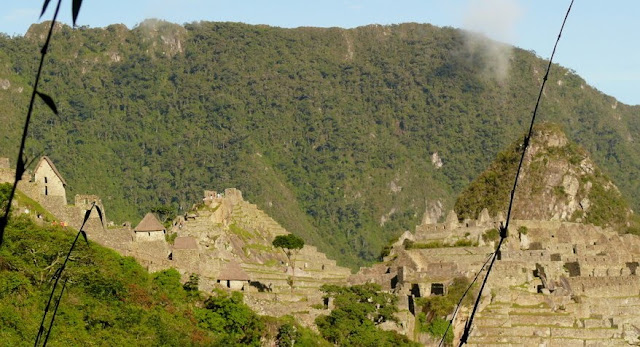 The 10 minute bus ride from the town to the ruins cost $12.oo. Some people have enough stamina to climb the steep switchbacks, but those youthful endeavors are behind me. At least I got photos of the place from an unusual angle. 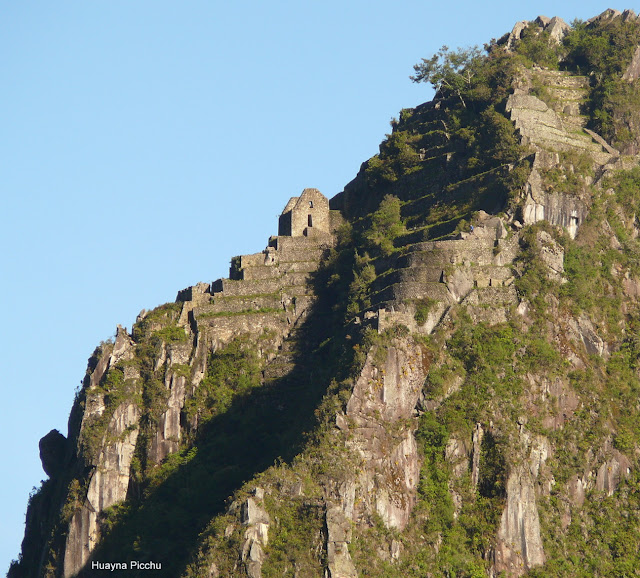 Huayna Picchu looms above Machu Picchu. The Incas farmed the terraces on the precarious slopes. Can you imagine climbing up and down these slopes all day? It was hard enough for me just to look up there.
Posted by john at 4:15 PM

John I have really enjoyed all of your posts of the different places you have visited. Your pictures are beautiful. We are hoping to visit the Philippines in 2012. Your posts from Cambodia and Thailand have added to my resolve to make sure we do it. In addition to the Philippines I have long wanted to visit Cambodia and now I am more enthused to get to Thailand as well while we are in that part of the world.